This summer I turned 25. Not going to lie, I really wasn’t impressed with that. I had never planned my life after age 23 because I’m morbid, and have lost a lot of people I knew. I look back through photos from high school and the amount of friends I had that are now gone is really depressing to see.

I always figured, why plan life too far ahead? Who knows if I will be lucky enough to make it to a ripe old age, and how sad would it be for people to think back on my life and be like “awe, she never got to do this with her life like she wanted?”

Okay, that was really morbid. Sorry, but it’s true. When so many people you grew up with are gone, you truly realise that life is SO short. Accidents happen every day, who knows if something may happen to you.

Now that I turned 25 and felt like I didn’t know where I wanted my life to go, I was a bit sad.

But then I started thinking of all that I have accomplished.

I’ve definitely done stuff, and now it is time to take the next step in life planning.

I am really hard to throw surprises for, because I nearly always guess beforehand. To be honest, I guessed my birthday surprise.

I had a feeling that my parents were going to take me whale watching. I knew how excited they were about doing it for my grandparents the year before and how they raved about it.

When we were at the Bay of Fundy my mother mentioned that we could maybe see whales from the shore.

I replied “What?! I don’t want to see any whales!” (terrified of whales, right here)

She gasped and panic crossed her face.

Yup, I had indeed guessed my birthday surprise.

I do love nature and animals, so I decided to try to overcome my fear and go see the whales for my birthday like they had planned. I may also have packed my anxiety medication in my bag as well, just in case.

We left early that morning and drove to two or so hours to the meeting point for the whale watching.

The area was so cute! With tons of tiny little fishing shops and other whale watching shops, and St.Andrews was an adorable town. 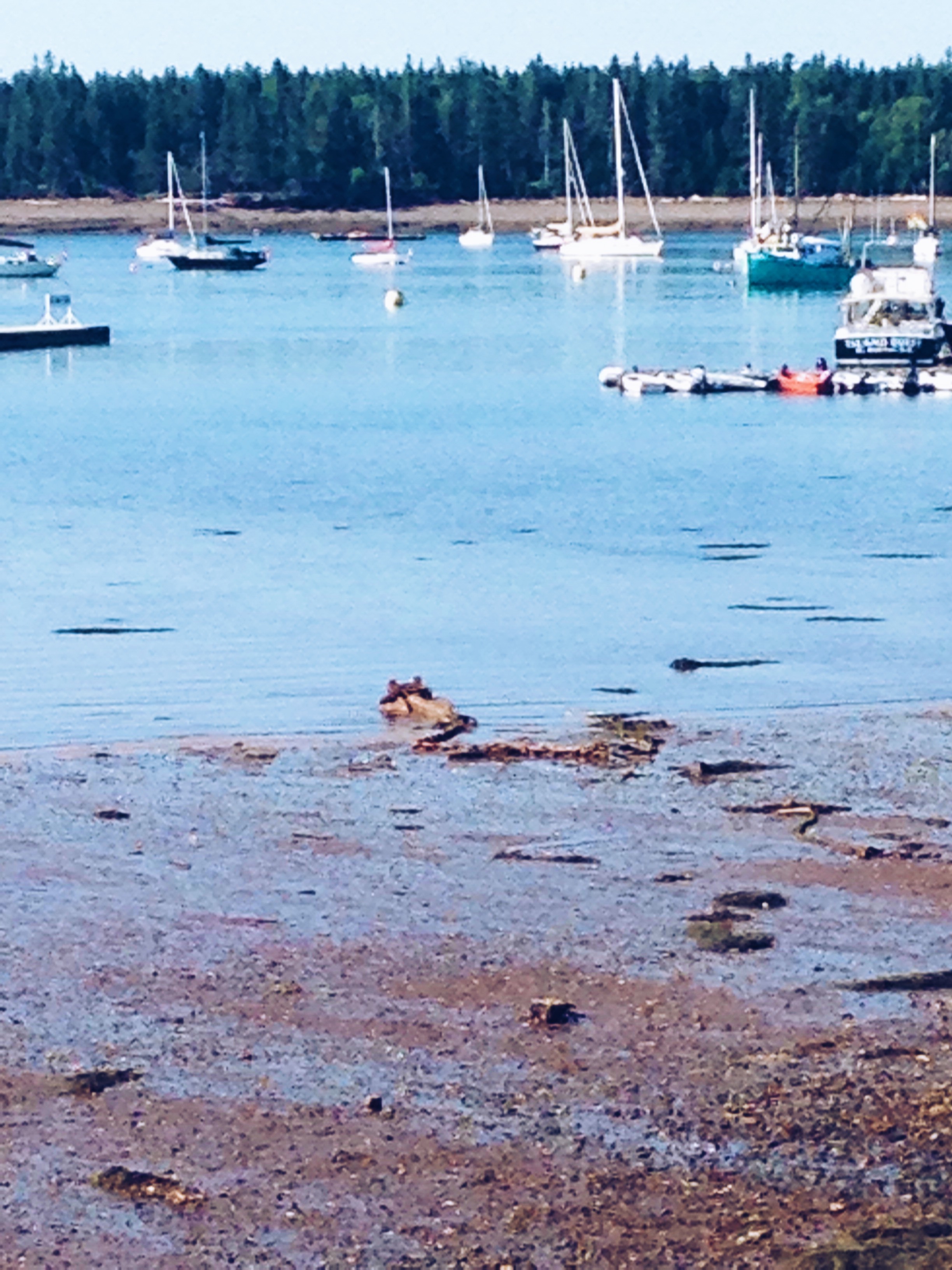 I need you all to look at the photos I just posted. The tides in the Bay of Fundy are the highest in the world. Through out the day the tide rises and lowers. It is very low tide here. When we came back to shore less than 3 hours later, this was all completely under water, except for the dock.

We took a seat near the captain, with some people up top. We stayed inside because, you know, we didn’t want to freeze.

After about 40 minutes or so we had seen a bunch of seals playing together and swimming in the water, and found a few other whale watching boats. In the water were two Fin back whales. These whales are the second largest in the world, second only to the blue whale. They typically grow to around 85 feet in length. They live to be around 94 years of age, but some have been found to be as old as 140 years old. Apparently they are super fast and nicknamed the greyhound of the sea. They don’t eat humans, I checked 😉 Pretty cool huh?

When we first saw one pop up (the captain believes it was a mother and calf) I felt a surge of panic. Everyone was jumping up to get a closer look and I was just trying to focus my breathing.

I calmed down much more quickly than I could have imagined though, and focused on attempting to take a good picture (complete fail) and just standing back and watching. 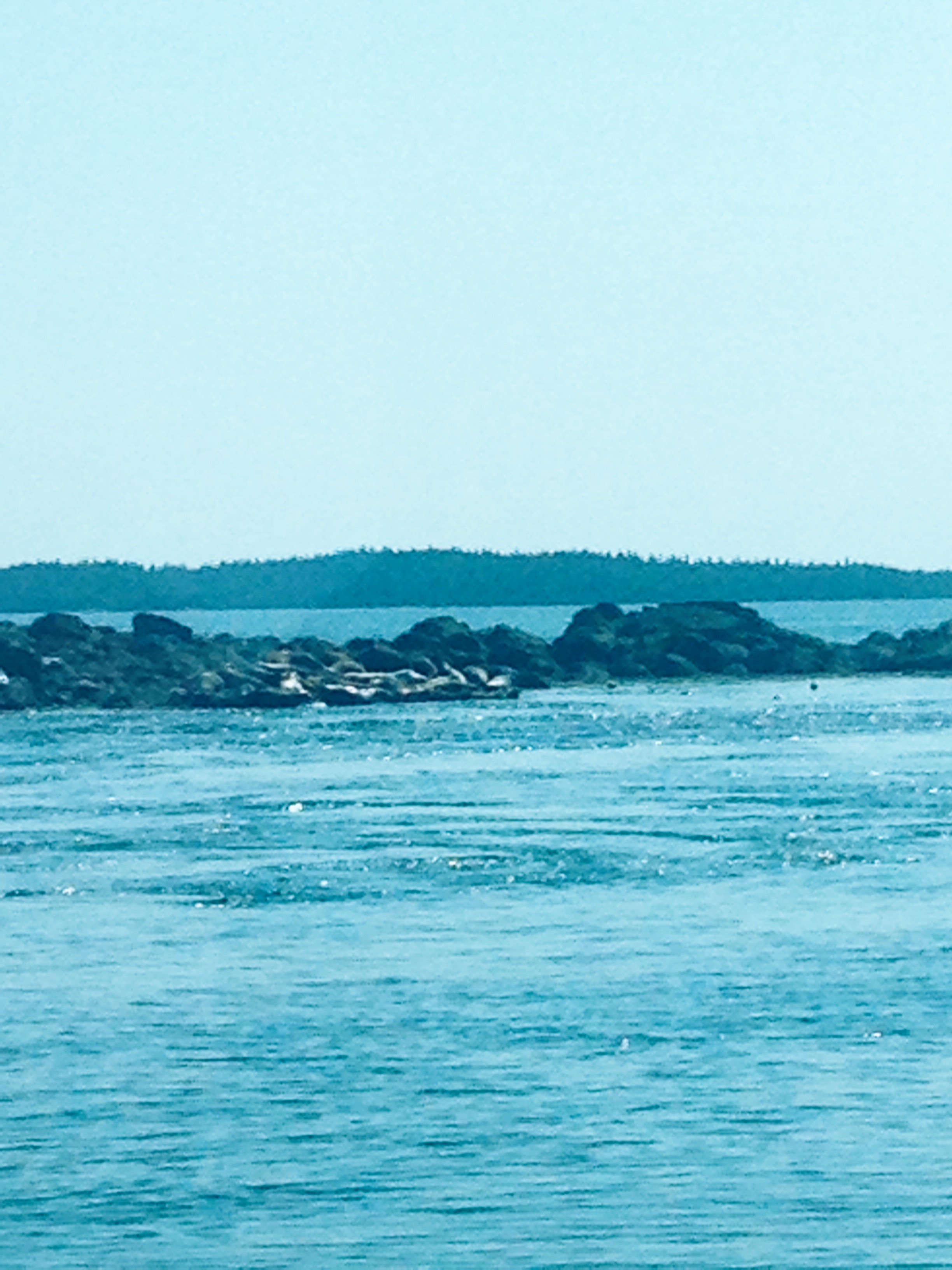 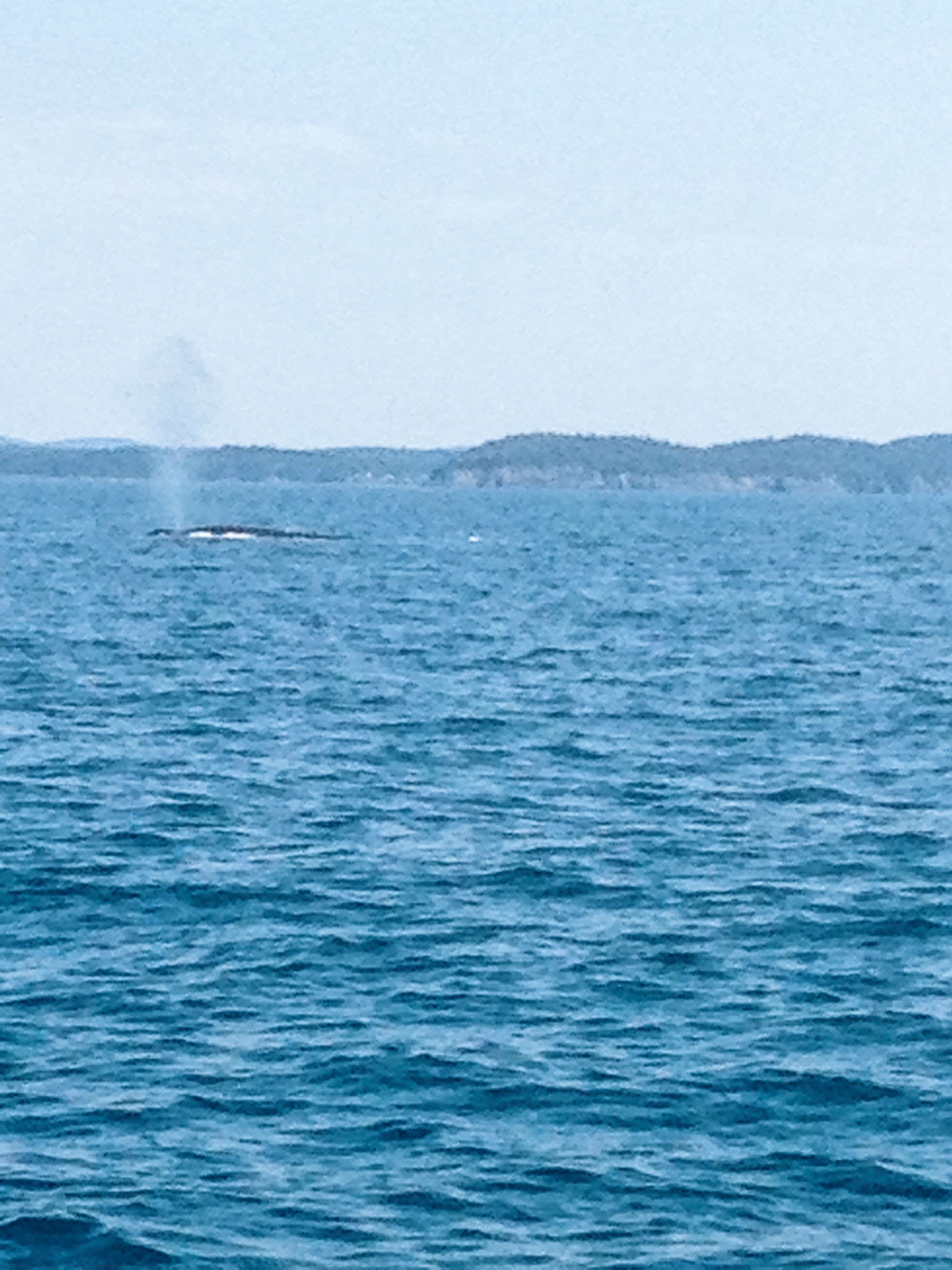 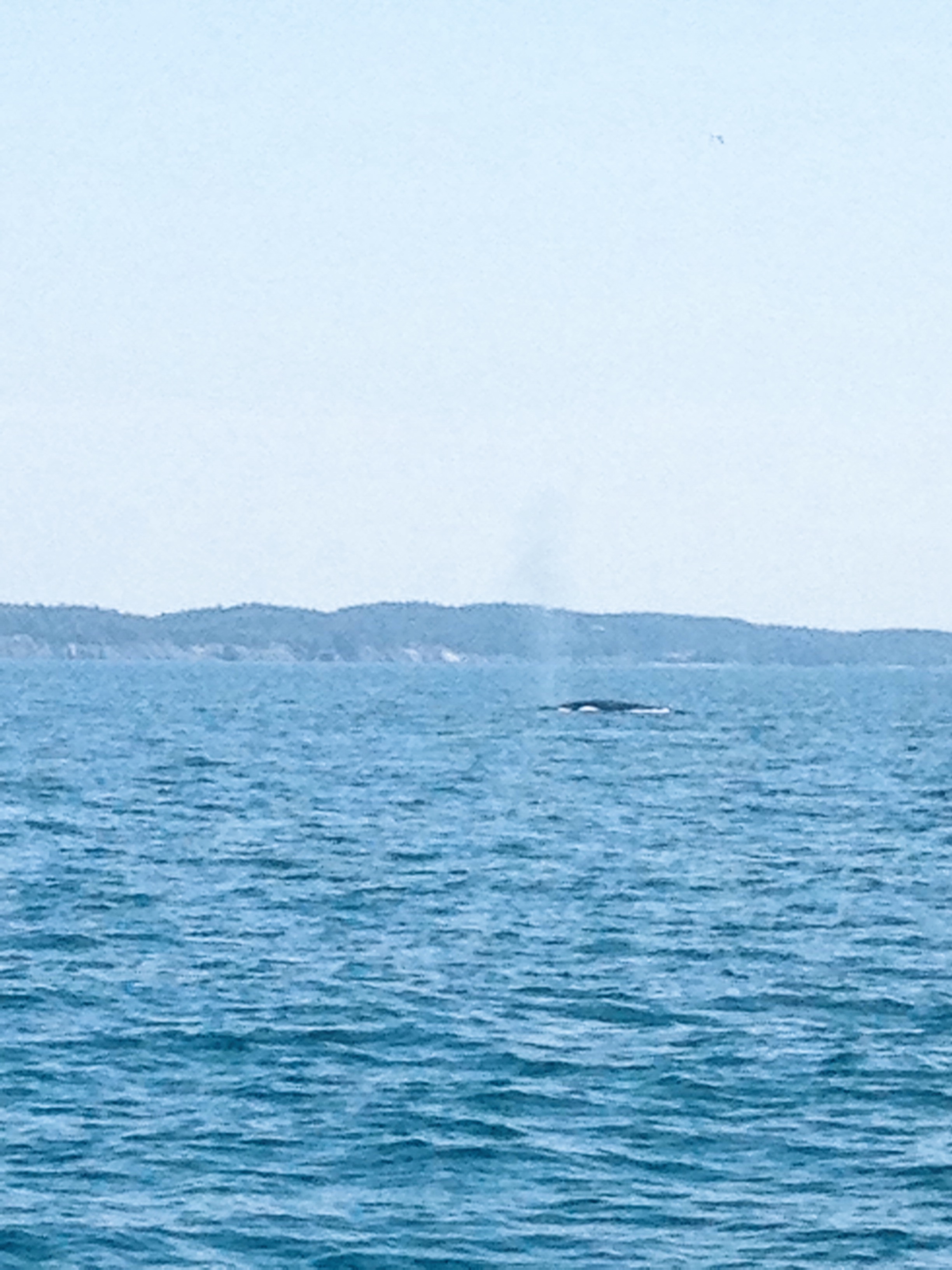 The only time I nearly died, no joke, was when a whale popped up right beside my sister. Like, 5 feet away. She sat right beside an open door. She had wanted me to sit beside her. I said screw that and sat behind her.

When the whale popped up I let out a silent scream. It came out as a squeal, and I tried to slide away. Unfortunately, sitting on a chair that does not move means that you cannot slide away. Rather, you are stuck. Everyone else ran forward in awe. I tried not to cry haha. 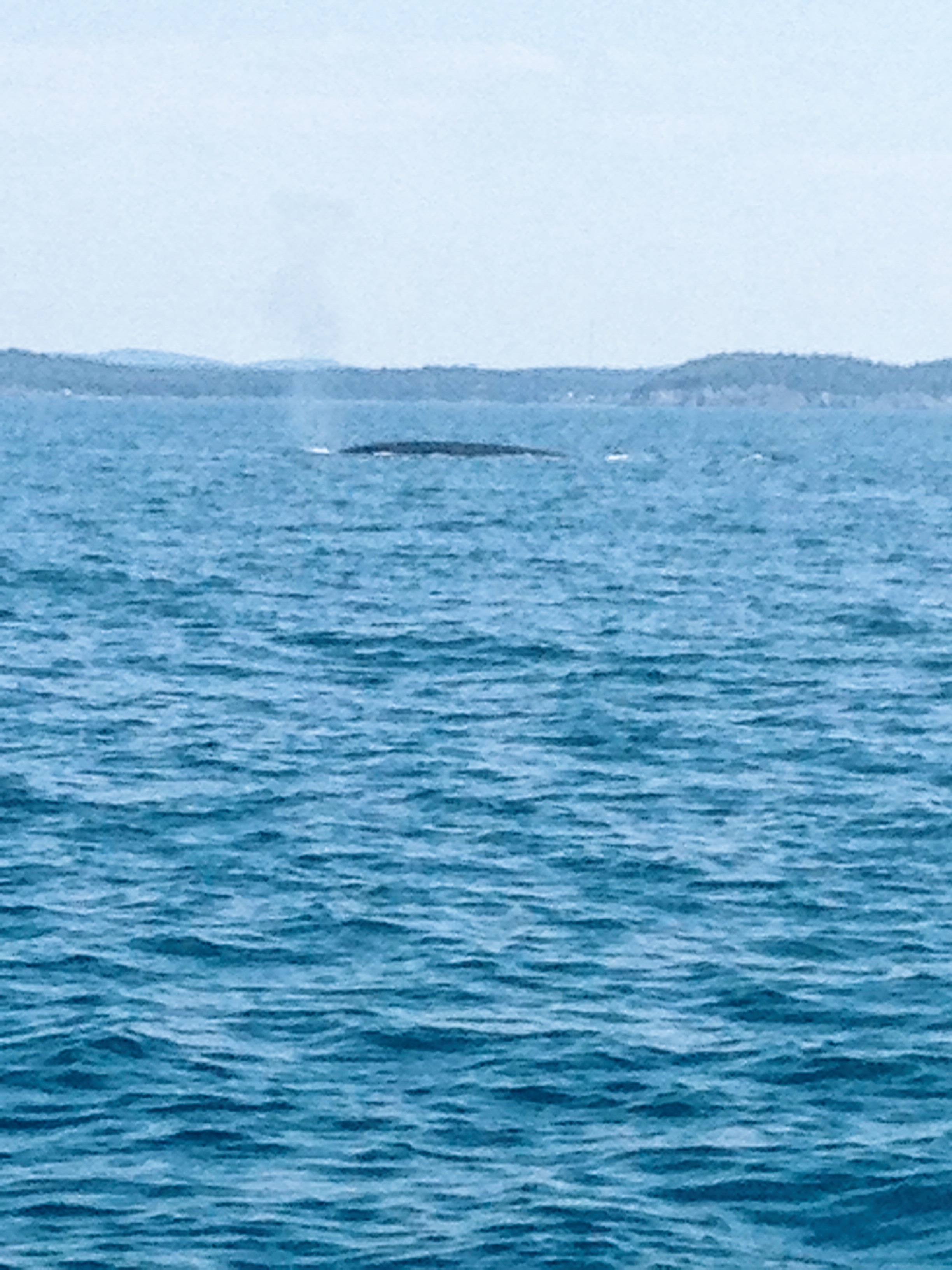 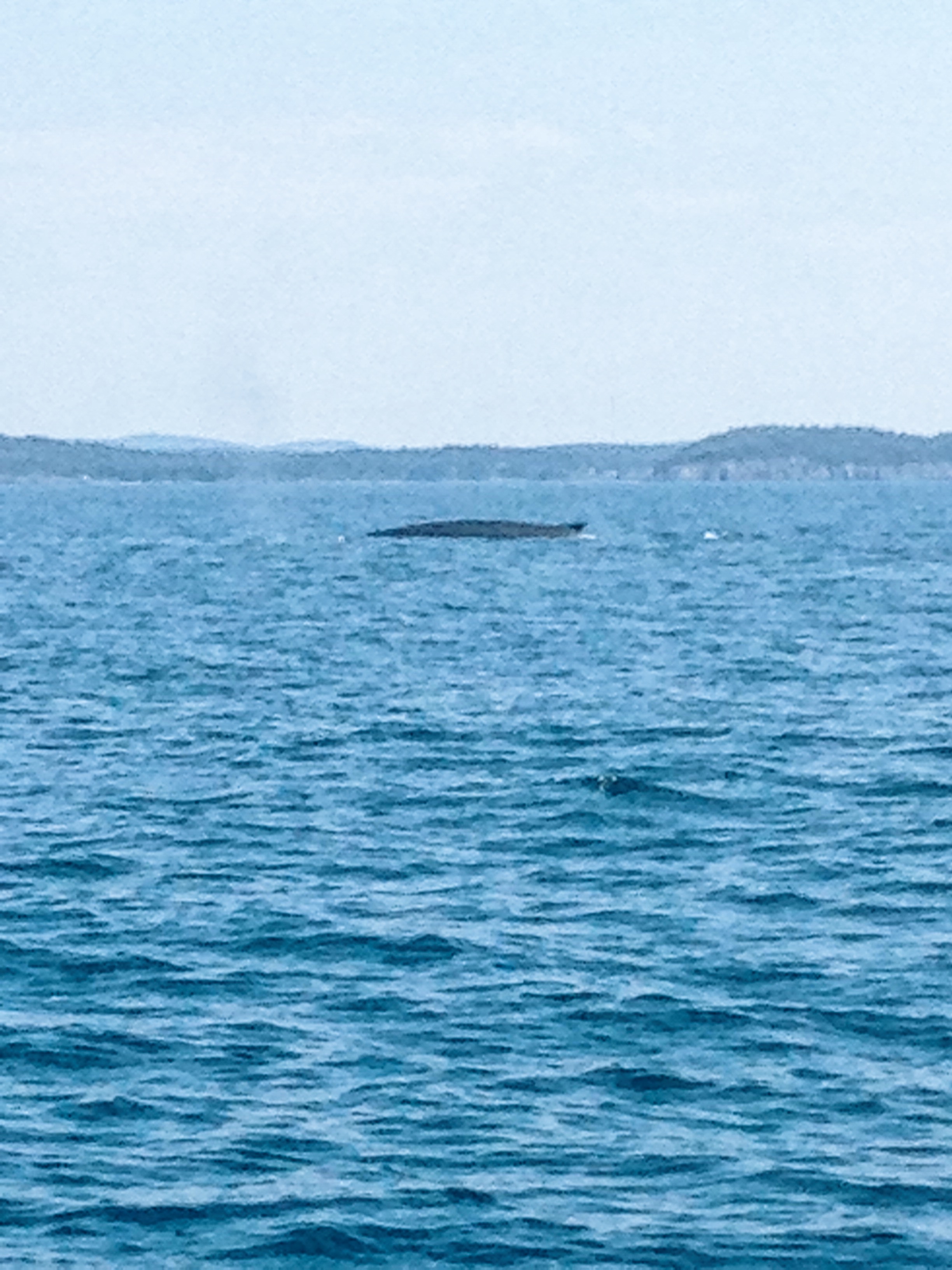 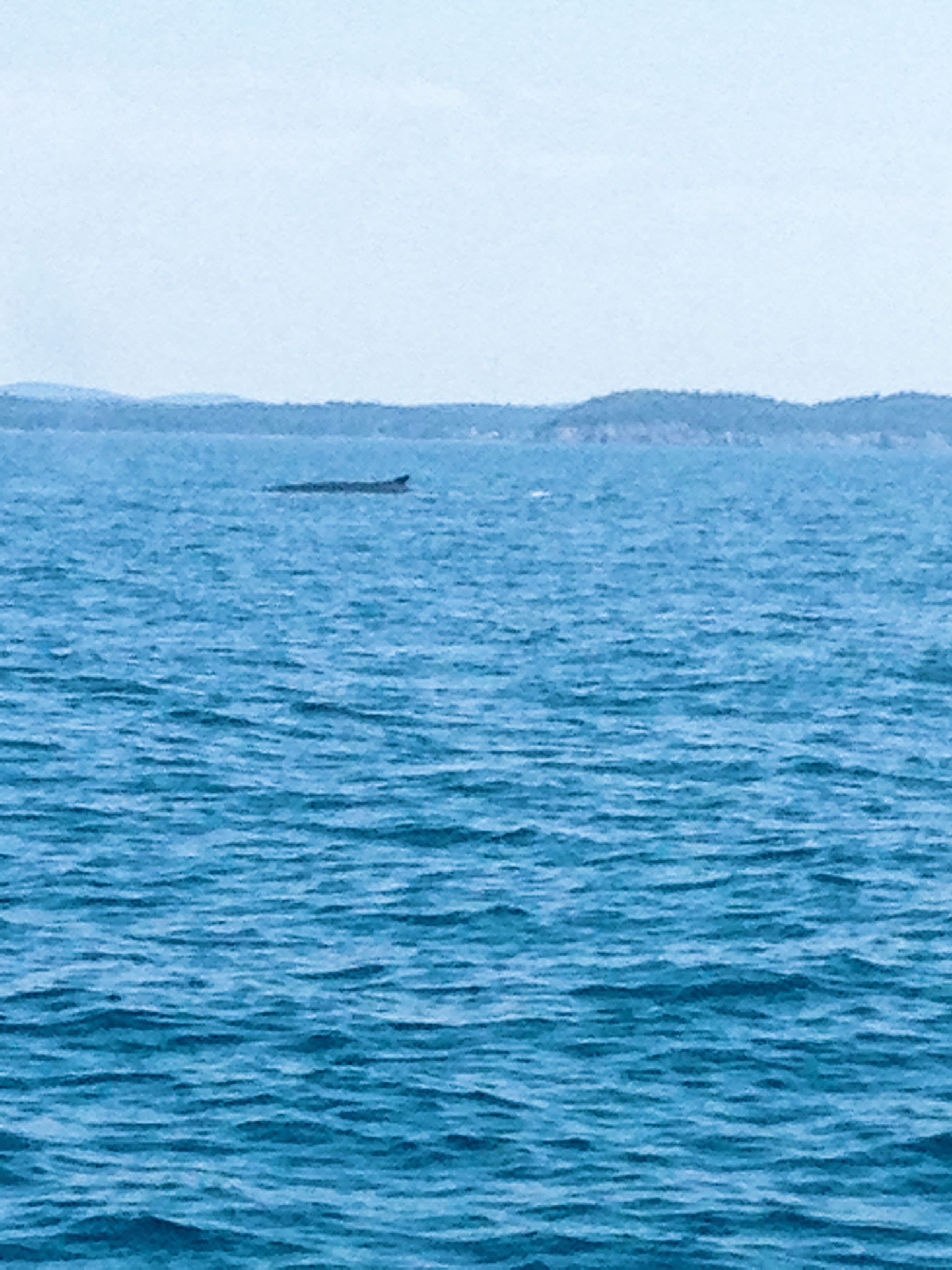 On the way back to shore we saw a Bald Eagle guarding it’s nest, which was really cool. It’s amazing how huge those creatures are.

Even though I was terrified to go on this birthday surprise, I am very glad that I did it.

I realized I wasn’t about to magically fall into the water and be tossed around like a seal and eaten, which was good. It was magical watching the whales in their natural habitat feeding. And really it was just nice spending time on the water.

It was also great to overcome my fear. Now just to see Orca’s in the wild and maybe I’ll be cured?

Have you ever been whale watching? Would you want to?