A Month Of Comedy – Just For Laughs North West

From February 14-23, Just For Laughs North West (JFLNW) took Vancouver by storm. There was Stand Up Comedy, Podcasts with an audience, Improv and Sketch Comedy. In the festival, there were many performers. Seth Rogen, Ken Jeong, Whitney Cummings, Todd Glass, Dave Attel, Aziz Ansari, Fred Armisen, Steve-O, Fortune Feimster, and so many more. For a look at the whole line up check out the website here.

Since Valentine’s Day takes place in February Scott and I decided that this year, instead of giving each other gifts, we would buy tickets to four comedy shows instead. This was the perfect idea since JFLNW happened to be taking place! 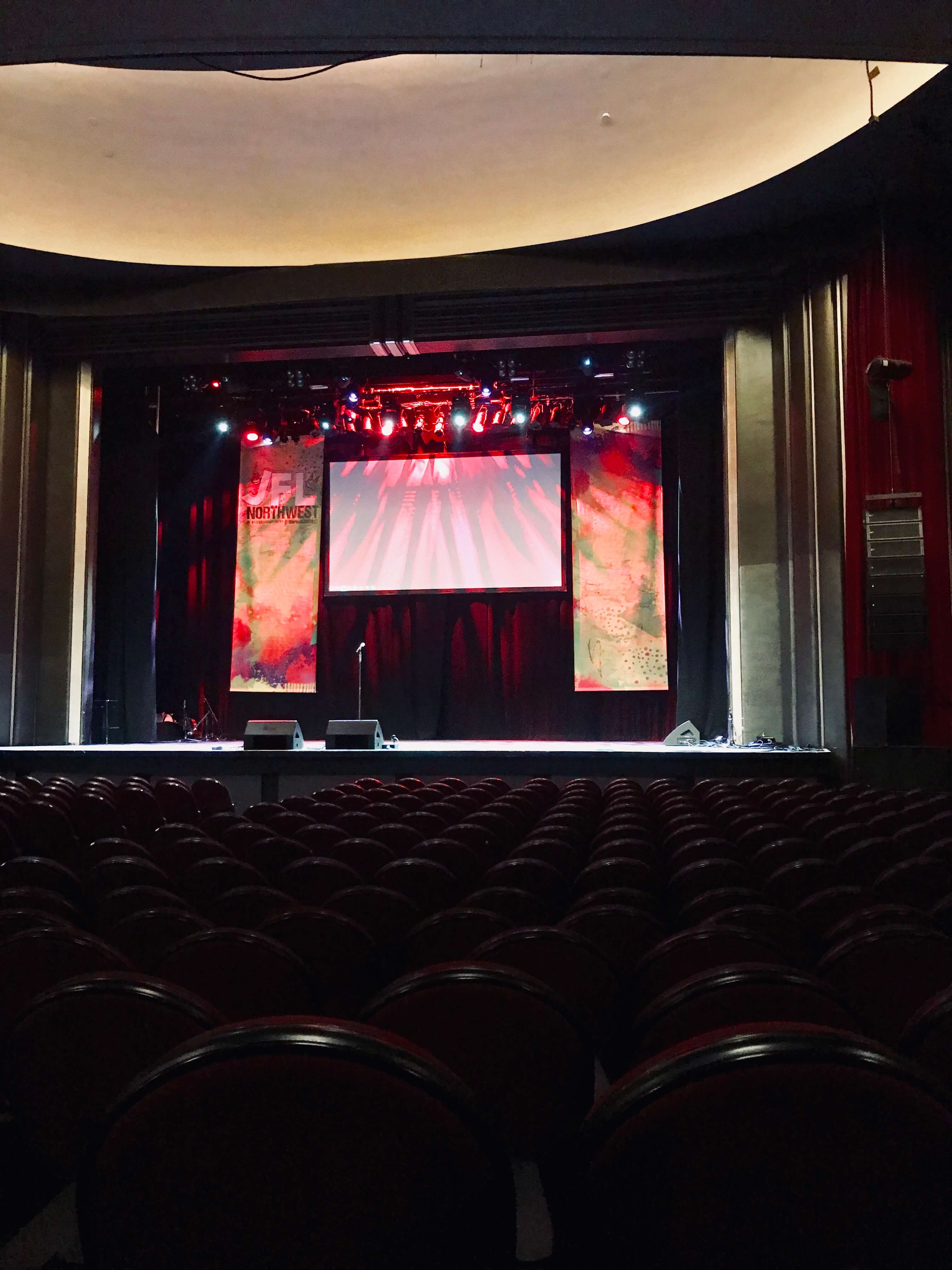 We started the month by going to Yuk Yuk’s “The Monthly”. For The Monthly show case we saw all female comics. This was such a fun night. It was great to see the female talent that Vancouver boasts. I now have a few female comics to follow, and that makes me so happy!

Next Up was The Brett Martin Show. Brett is a Vancouver comic, and for his show he had his trusty side kick Sam co-host, and they had various comics come up on stage to show off parts of their acts.

Our first JFLNW show was Whitney Cummings. We had the best seats, and she was fantastic! I love her (now off air and very short lived, unfortunately) show called Whitney, and I know she created 2 Broke Girls, so I was excited to see how her stand up was. It was so fun! I am terrible at laughing out loud (I’m the worst audience member for a comic) but she was so great. I would gladly pay to go see her again. She has a comedy special coming out on Netflix so I’m excited to watch that and see what she keeps in from her live show that we saw. 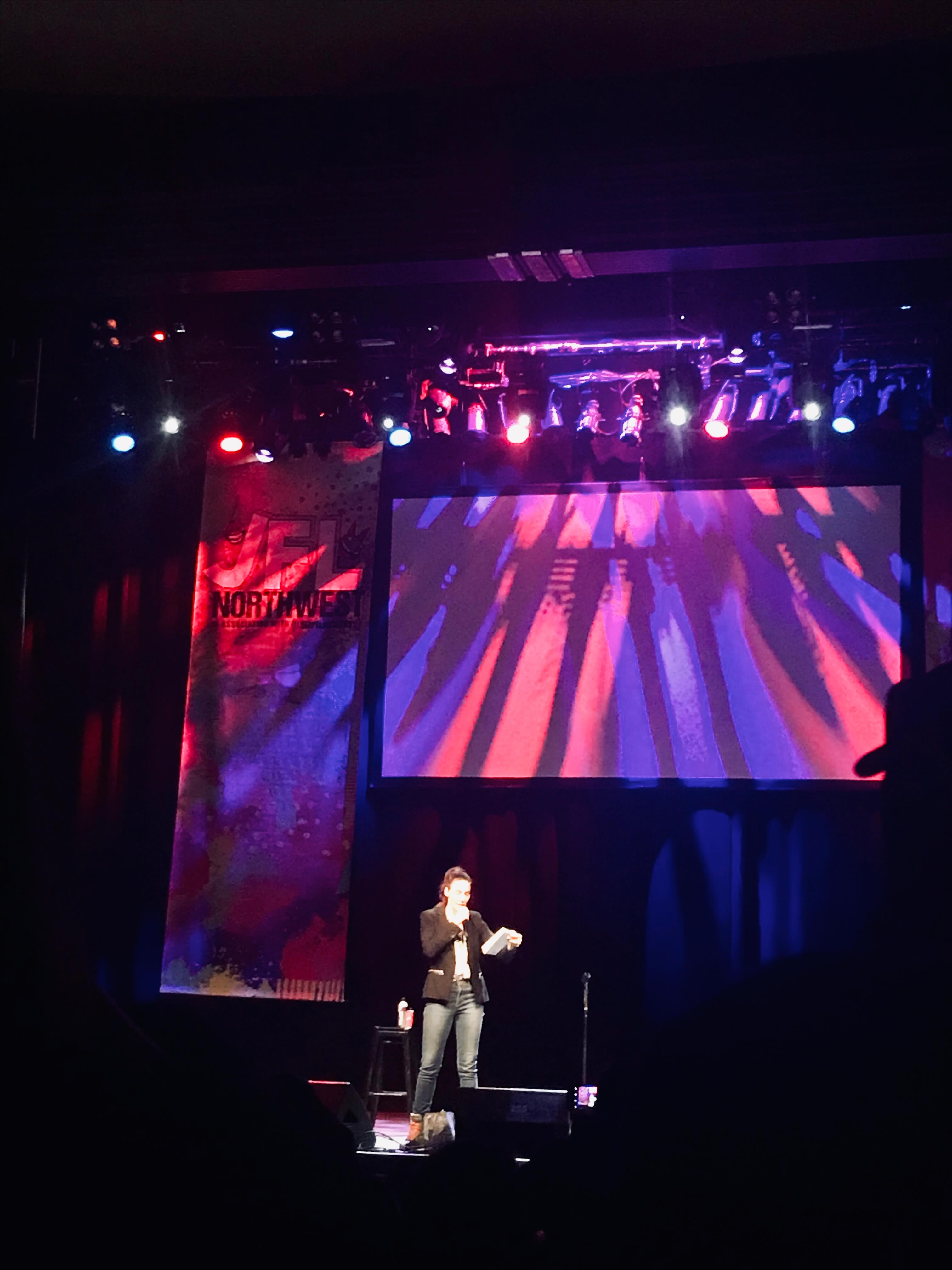 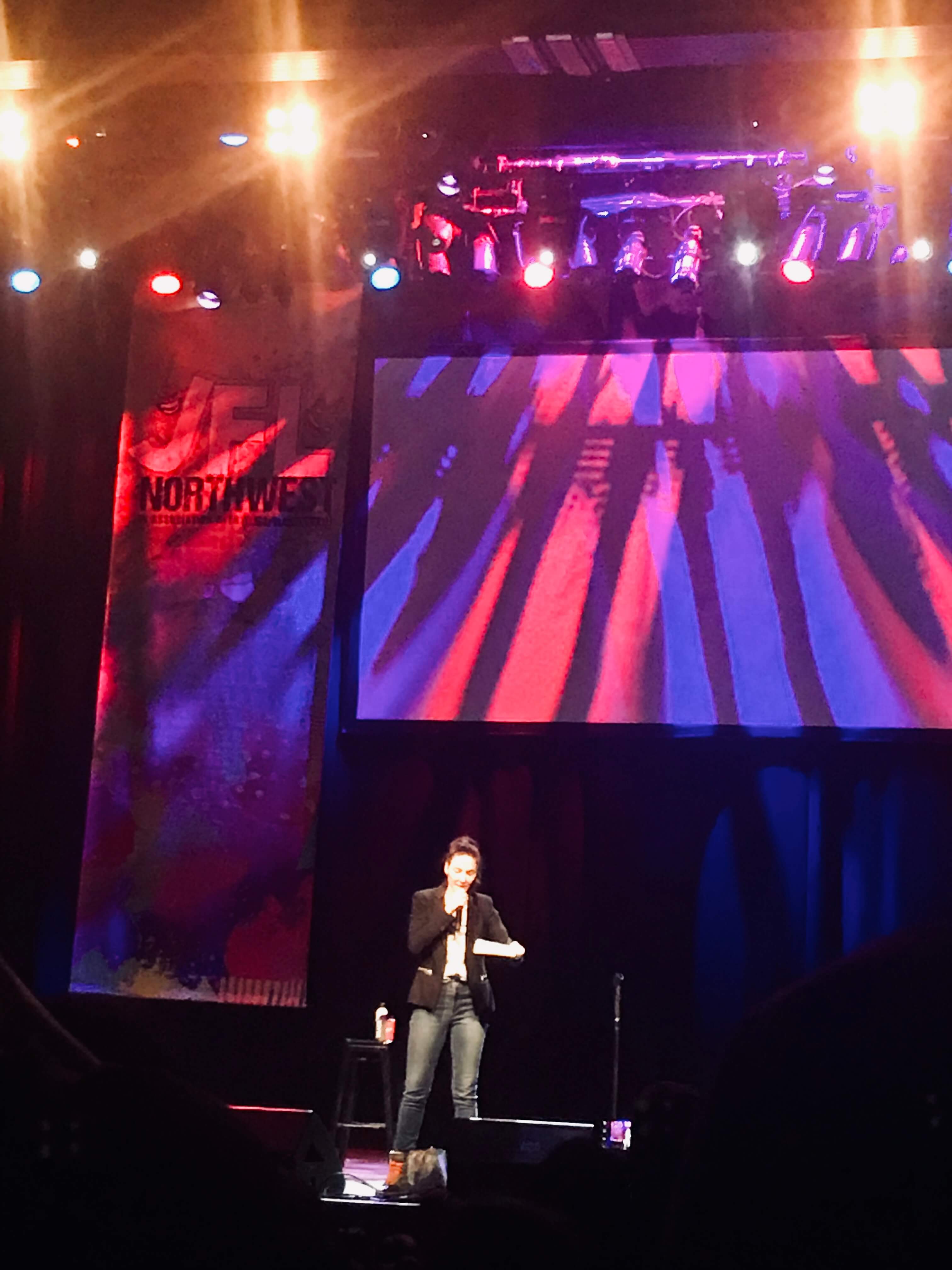 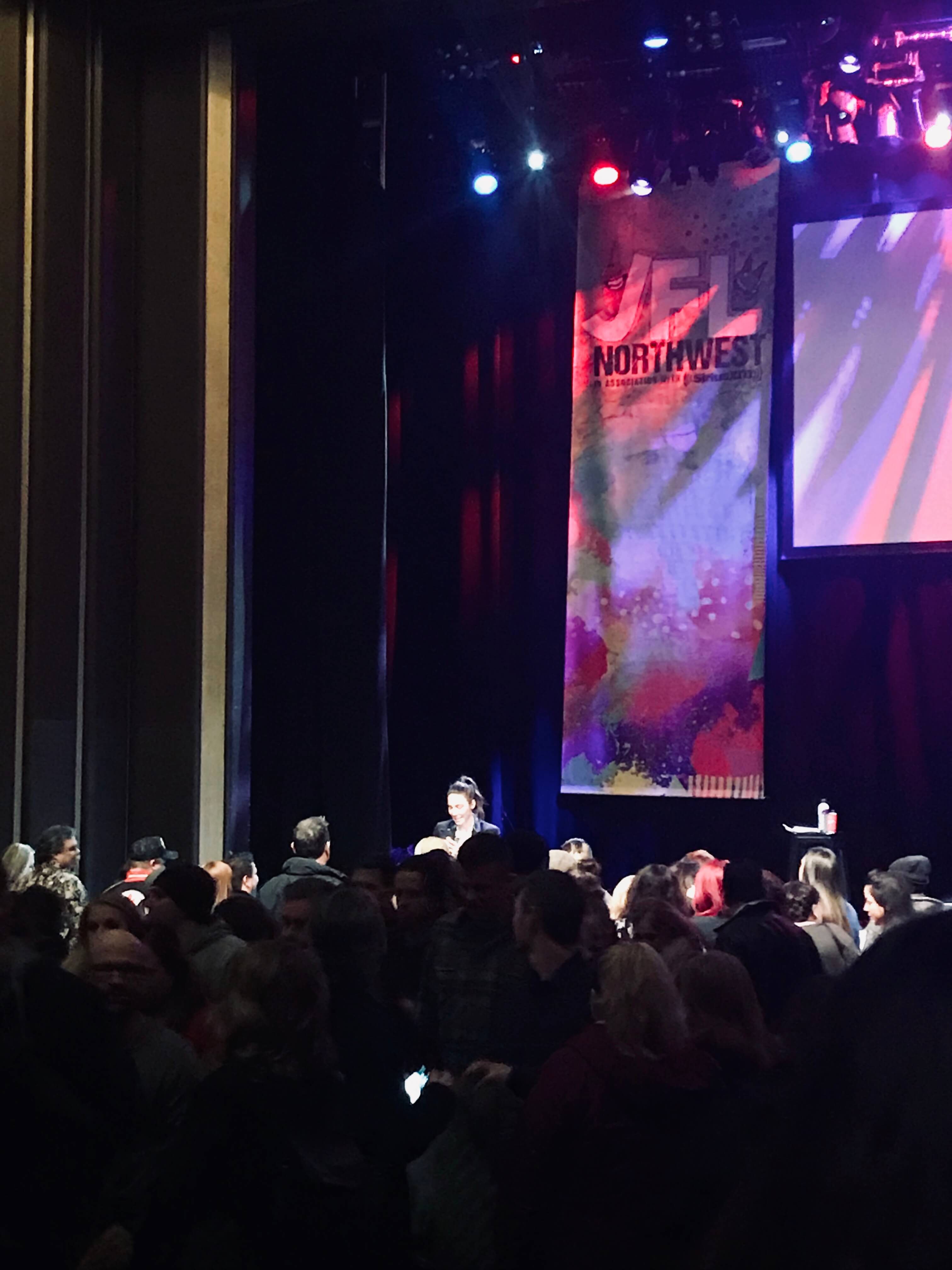 Lastly, Steve Rannazzisi. Scott and I are HUGE fans on the show The League (also now off air). Steve plays the character of Kevin on The League, so we both were so excited to see his stand up. He did great, was funny and fun to listen to, relatable, and made me wish there was a new season of The League to look forward to. After the show he stood near the exit to meet people and sign posters, which he was giving out for free.

As soon as I told him we love The League he grabbed me and gave me a huge bear hug. He was so nice! He took the time to talk to everyone who wanted to speak with him, and was very friendly. After Steve Rannazzisi, there was another show, and Todd Glass was a guest star on it. I kicked myself the next day for not staying to see that show as well, since I am a big Todd Glass fan. I love his sarcastic, dry humor.

This year we saw 4 comics, but I wish I had the time and money to see more. Specifically, I REALLY wish I could have seen Todd Glass, Fred Armisen, Dave Attel, Howie Mandel, and Rory Scovel.

For Valentine’s Day next year, we are already planning to do the same thing and go see shows at next years Just For Laughs, and I cannot wait.

Do you enjoy going to comedy shows?
Which of these comics would you like to see the most?