In March, 2014, the host family that I was working for needed to go to Sydney for a weekend for a family birthday. A quick Sydney weekend was definitely something I was interested in!

We flew from Melbourne to Sydney Saturday morning. The flight was only about two hours, so nice and quick!

When we arrived the sun was shining and we took cars to our apartment rental. The apartment was small, but good for us, and located a minute walk from Bondi Beach. Score!

We soon met up with my host dad’s family, who decided I could go free and explore the city! 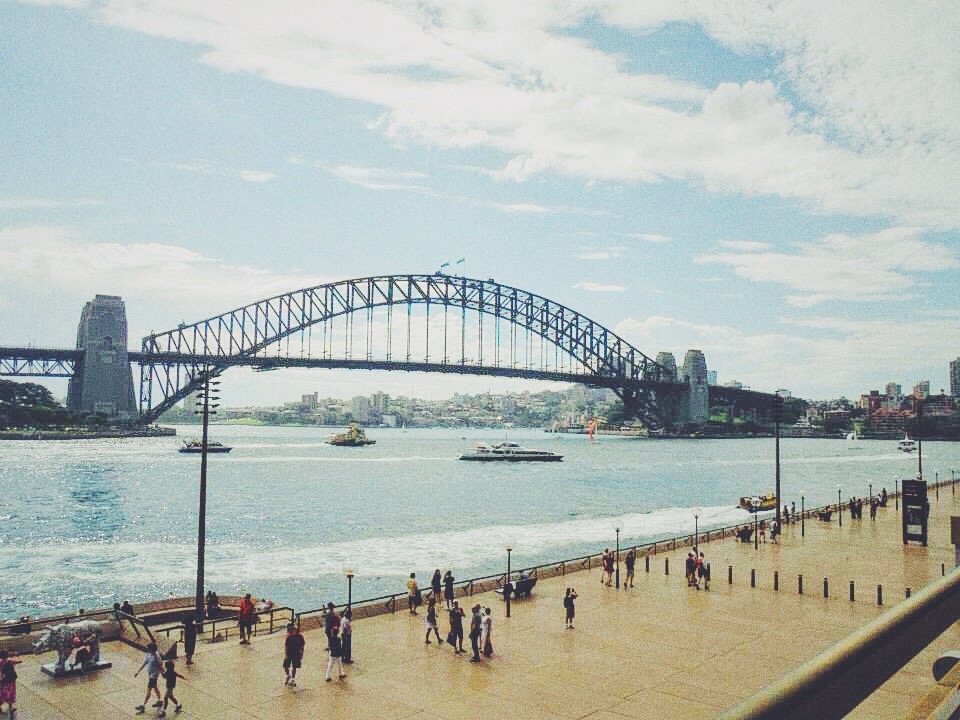 I quickly grabbed some bus tickets and headed down to Circular Quay.

I had some friends in the city who asked me to spend the night in Manley at their place, so of course I said yes.

I spent the afternoon wandering around Circular Quay, checking out the Sydney Harbour Bridge and the Opera House. I ended up taking a nap while reading on some grass near the botanical gardens, and saw a wedding close by.

I ate dinner alone at an outdoor restaurant with a view of the Harbour Bridge. I had some DELICIOUS spaghetti, aka my favourite food ever. 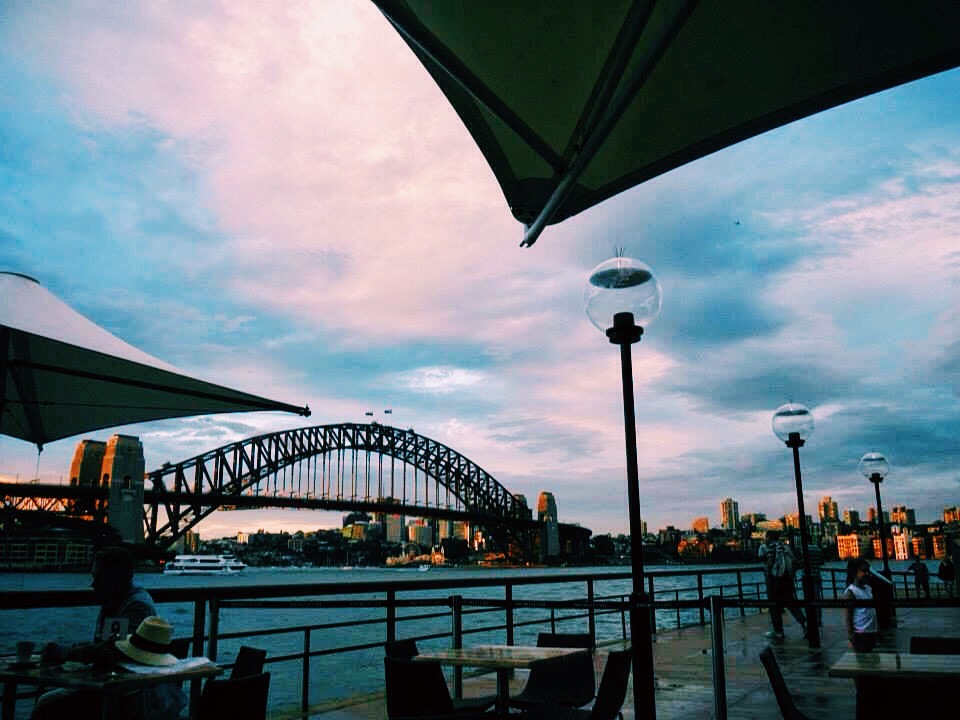 I then wandered around the surrounding area for a few hours. Lucky me got caught in a terrible rain storm.

I huddled up with some other people who were caught in the rain as well in what I can only describe as a weird bridge. Water started rushing in. All I could think was “crap, now my feet will be even more wet”. 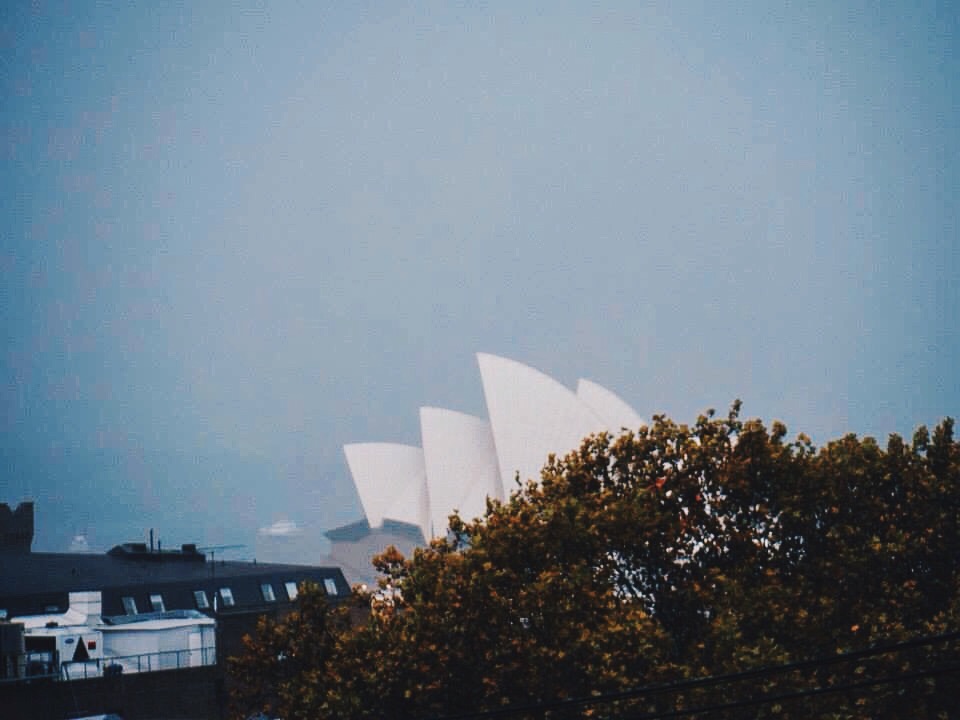 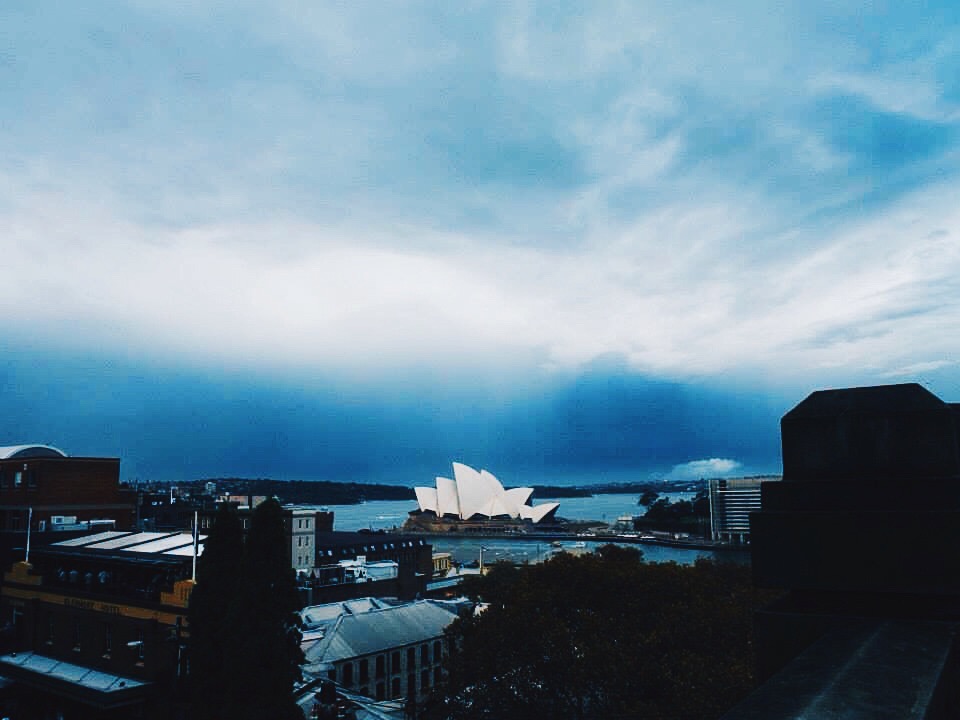 Thankfully the rain soon stopped and I was able to go wandering about some more.

Once it got dark I took the ferry over to Manley to meet up with my friends.

The ferry was gorgeous and I spent it with a family who were visiting from England. They kept telling me how amazing it was that I was travelling alone from Canada.

They were so sweet. 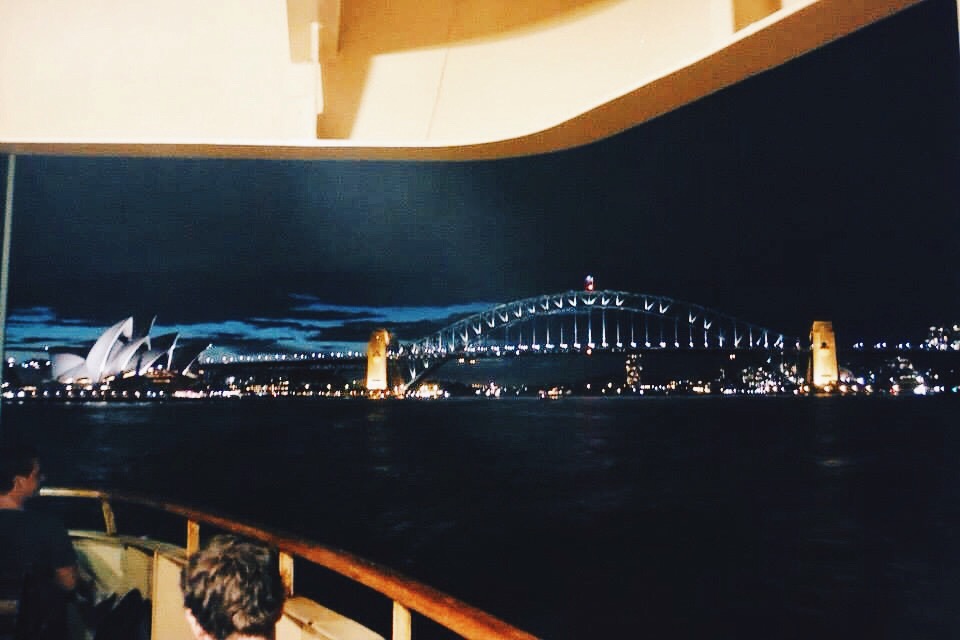 When I got to Manley, my friends weren’t there.

I kept calling and texting them but no response.

So I wandered around a bit and after an hour decided to head back to the apartment.

With the buses running less frequently due to the late hour, it took quite a while to get back to the apartment.

Of course once I got back to the apartment my “friends” started texting me asking where I was, and saying they had fell asleep and asking me to go back.

After that I never spoke to them again. I don’t have the time to waste on people who feel it’s fine to leave me in the dark ina  city where I had never been before.

The next morning my host dad suggested I try to book a a Harbour Bridge climb. (I had told him I tried the day before but they were all booked up, so I had been planning to come back to Sydney the next weekend with a friend to do it then)

We ended up being able to book online for the sunset climb!

Afterwards while my host family went to their birthday party, I decided to do the Bondi to Bronte walk, which was so gorgeous, but insanely hot with the sun soaring temperatures. 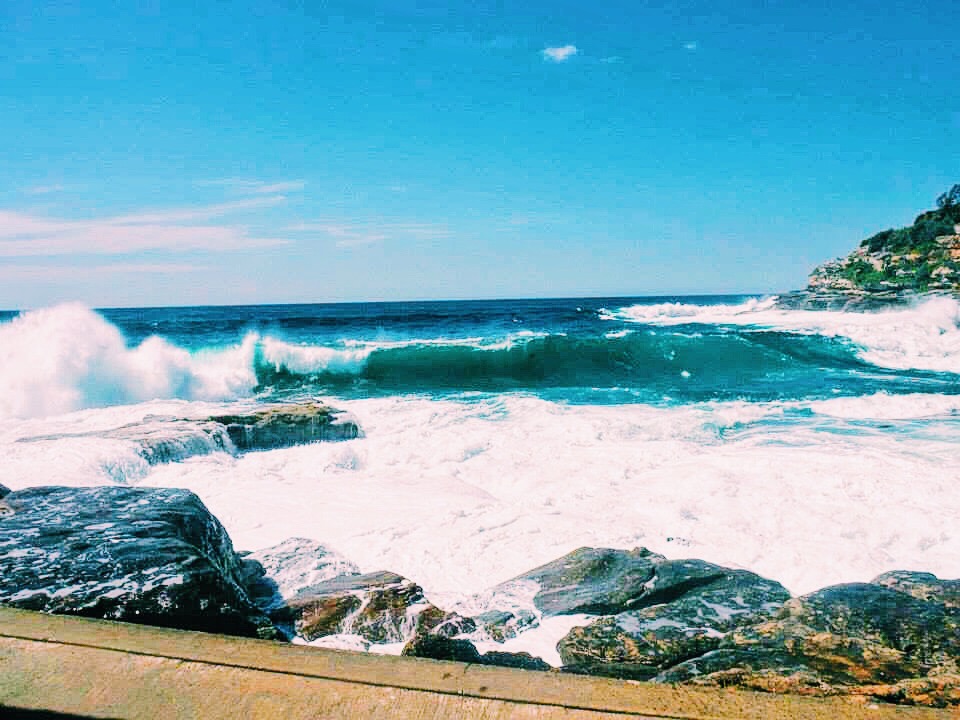 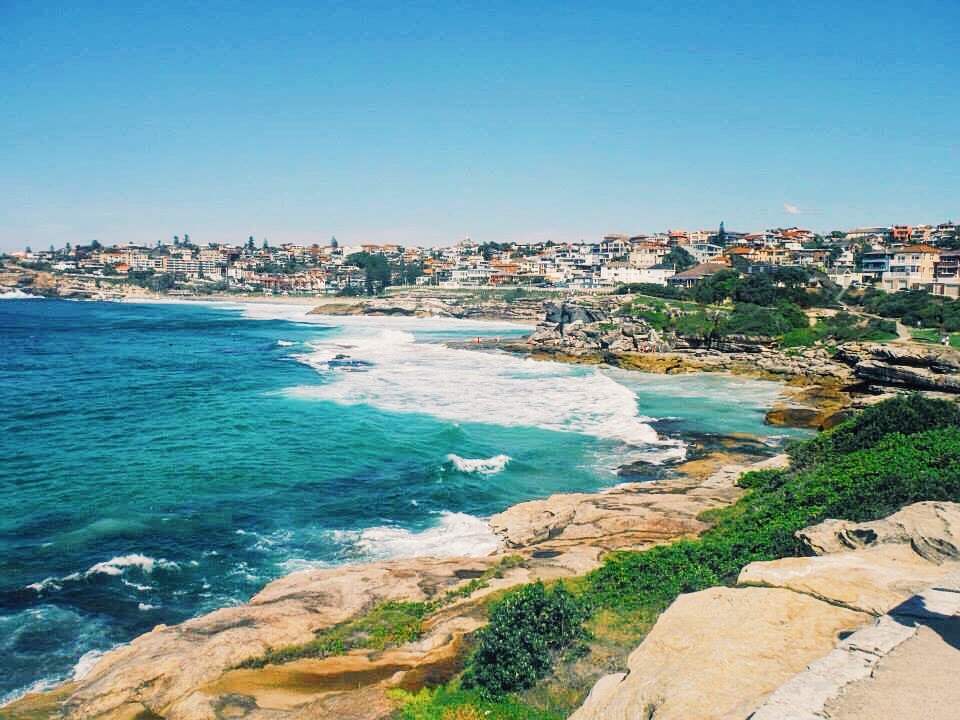 Either way I was SO glad I did this walk.

Then I hopped on a bus down to Circular Quay where I hopped on a ferry to the Taronga zoo. Of course the weather decided now was the time to downpour.

But that didn’t stop me! I bought an umbrella and spent the day wandering around this amazing zoo. The views over the city were just insanely beautiful.

After taking the ferry back to Circular Quay, it was time for my climb!

I’m going to write about my climb in another post to come, or else this post will never end!

After my climb I had to head back to our apartment rental as we were waking up early to fly back to Melbourne.

I was sad to leave Sydney, and hope that I get a chance to go back one day to explore more, but if not, I feel fulfilled by all that I got to do and see in such a quick trip with no planning at all 🙂

It was such a fun, quick trip to Sydney.

Have you been to Sydney? What would you like to do if you ever go?