Walking on Water in The Bay of Fundy

When I found out that my parents were posted to New Brunswick, there was one thing I KNEW I had to do when I finally went to visit. This was to take a day trip to the Bay of Fundy.

One of the 7 wonders of North America, the Bay of Fundy is pretty incredible due to the fact that the tides are always changing. So in the morning the tide could be really high, but a few hours later in the afternoon people can walk on the ocean floor due to low tide. So cool! Also boasting the highest tides on earth, tons of fossils, and some of the most rare whales in the world, I feel like if you’re in the area, stopping here is a no brainer.

My parents also knew this was the one touristy thing that I really wanted to do while visiting them, so a few days after I arrived that’s what we did!

We left early in the morning to head to Hopewell Rocks, and made a quick stop at Magnetic Hill.

Before this trip I had no clue what Magnetic Hill was. To be honest I’m still confused, even after doing it. We waited in line for an hour for a 30 second ride, but it was so fun I immediately wanted to do it again! Also, science, right? Kind of confusing. All I know was we went to the bottom of a hill, put the car in neutral, then found ourselves being pulled backwards up to the top of the hill.

I’m just going to insert this link here to more information about Magnetic Hill, since I’m still uncertain how to write about it. What I can say though, was it was so fun! 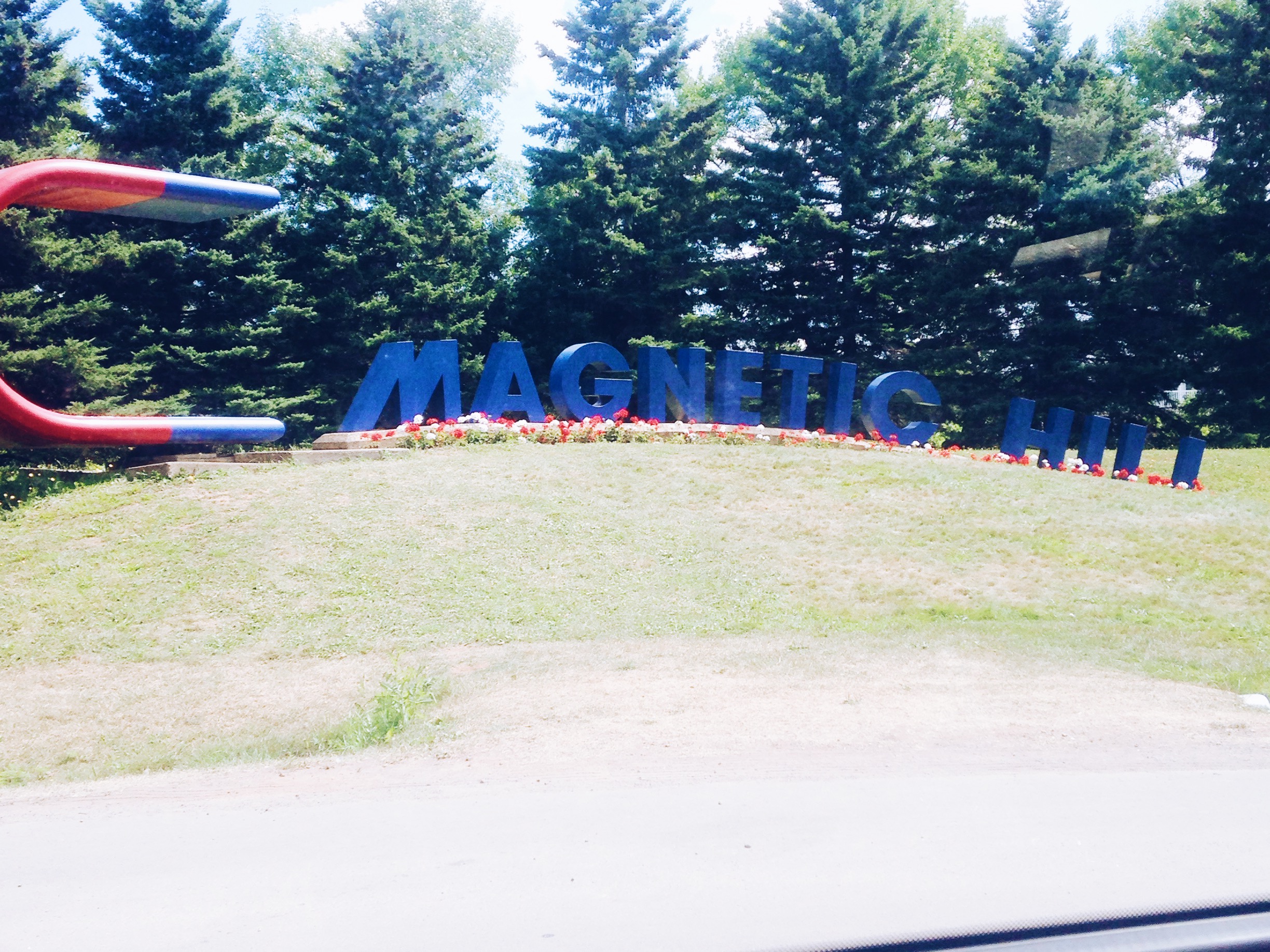 After leaving Magnetic Hill, Hopewell Rocks was about an hour drive away.

Since we went on a holiday, New Brunswick day, entry to this national park was free. We had expected the place to be very busy, but it wasn’t nearly as bad as expected. Or maybe I’m just used to how busy Vancouver always is. 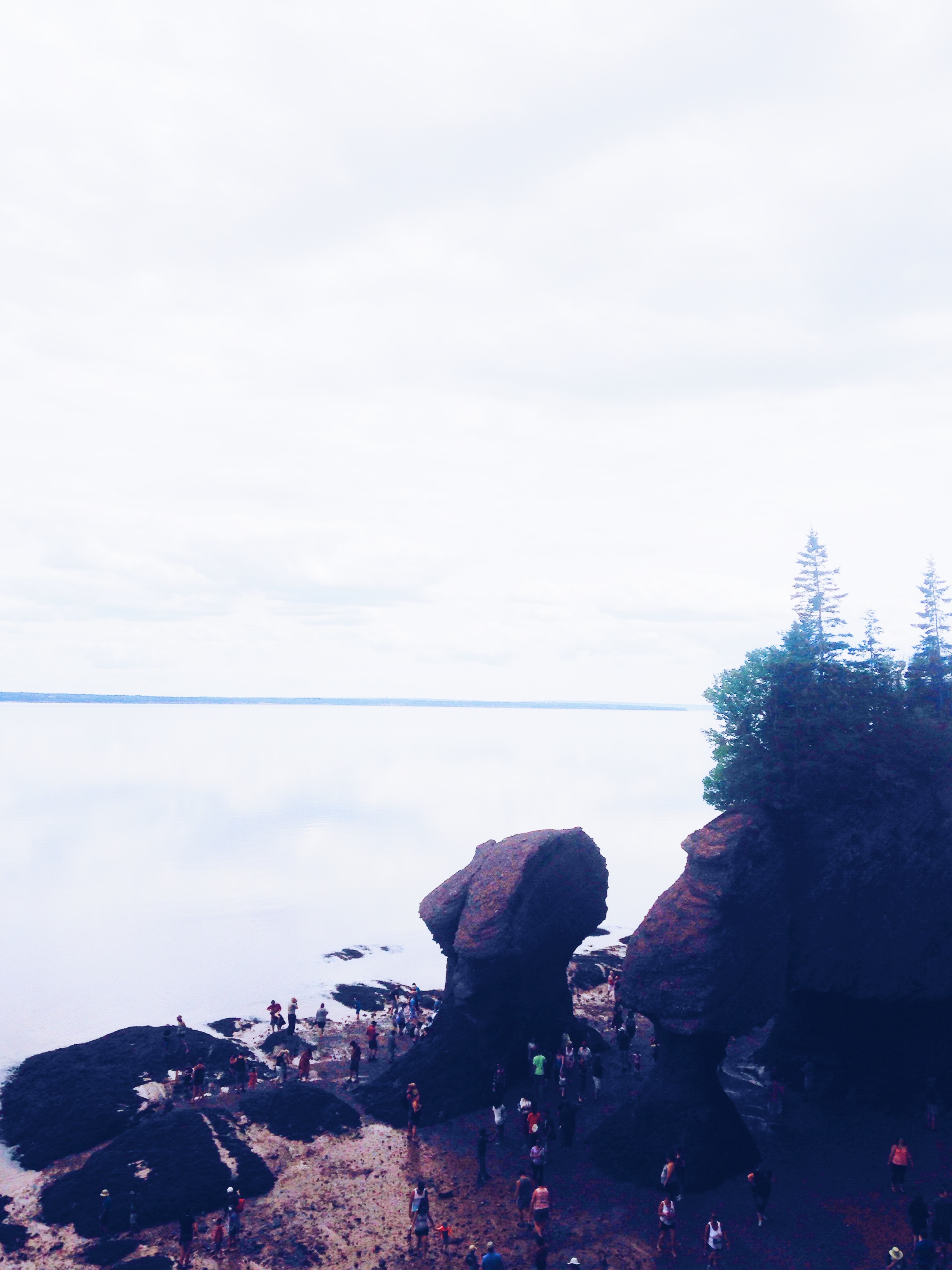 People gathered round to watch and laugh.

After realizing that I was truly stuck and only sinking deeper, my mother, while laughing her ass off, came to try to rescue me.

She kept trying to pull me out, but my feet were not going anywhere! Eventually I just took my feet out of my shoes. I had to dig hard and deep to eventually get my shoes out. I was not able to wear them again that day. Thankfully at the top of Hopewell Rocks there were hose stations to wash ourselves down.

I was cold and muddy. IT was an adventure though!

It sure isn’t flattering, but travel isn’t always perfect! 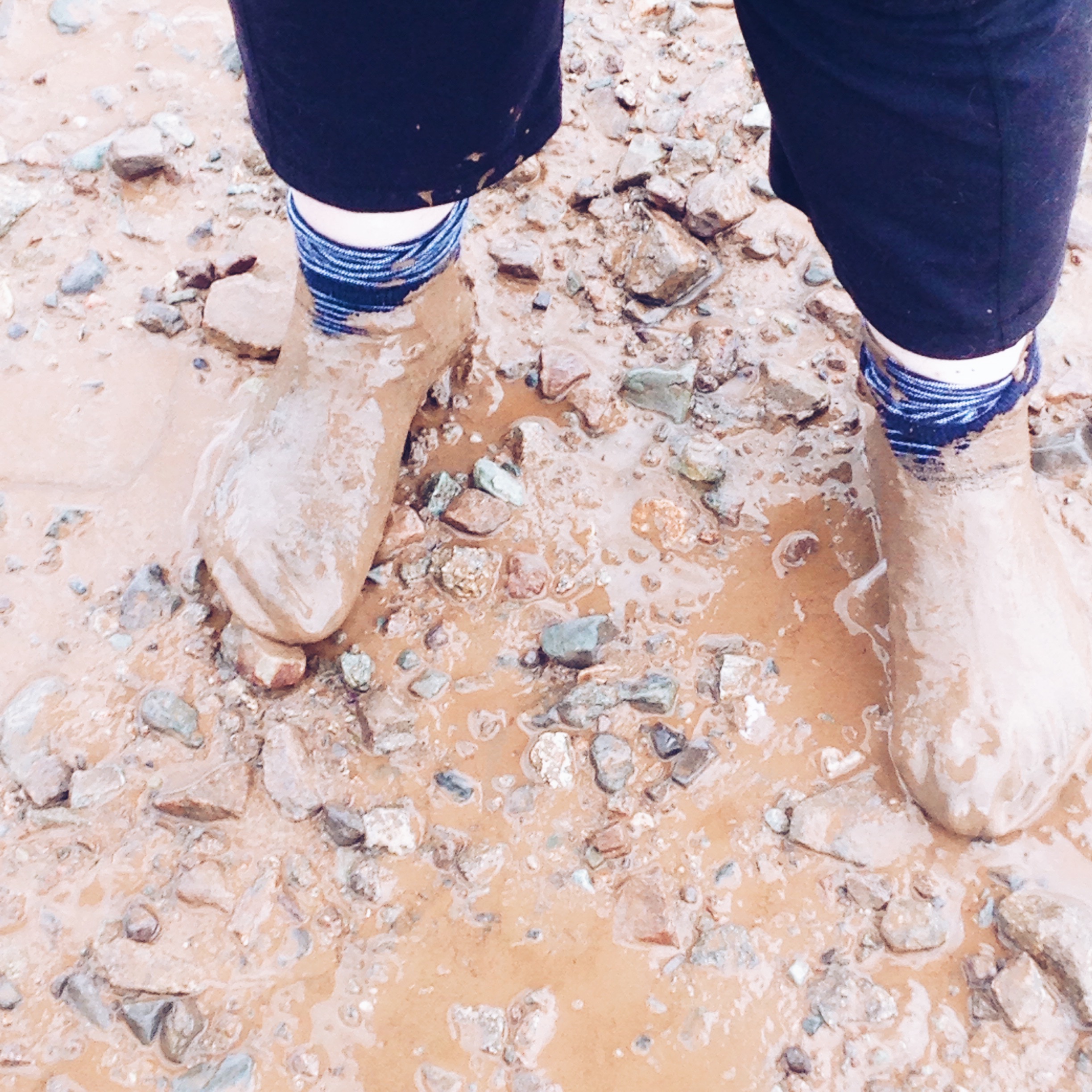 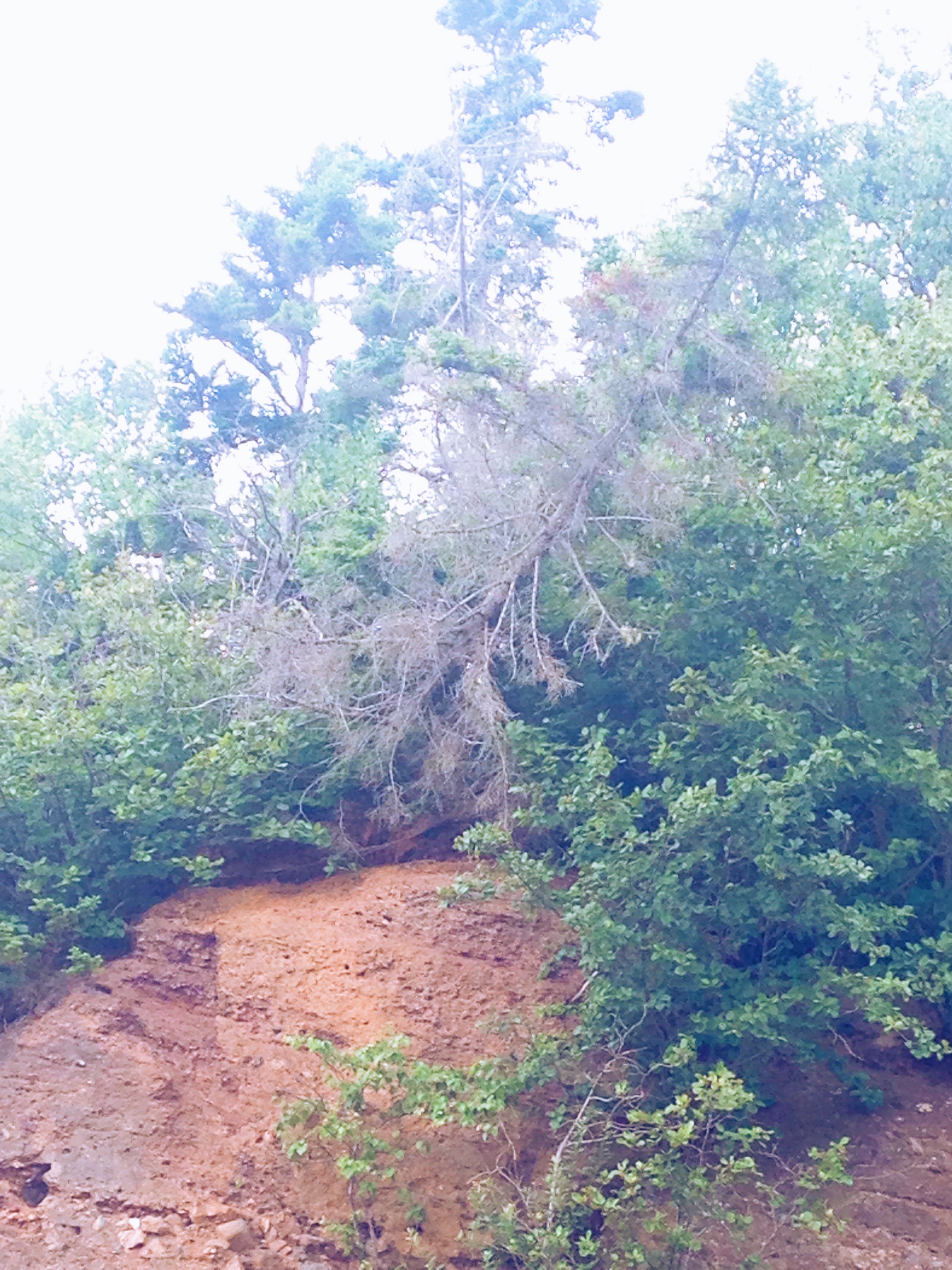 I am so glad that even though I got stuck in mud and nearly lost my shoes forever, I was able to experience the highest tides in the world and during low tide walk the ocean floor. I never imagined walking on the ocean floor, but I must say, it was so fun!

Have you ever checked out the Bay of Fundy? Hopewell Rocks or New Brunswick?