Halloween Traditions Around The World 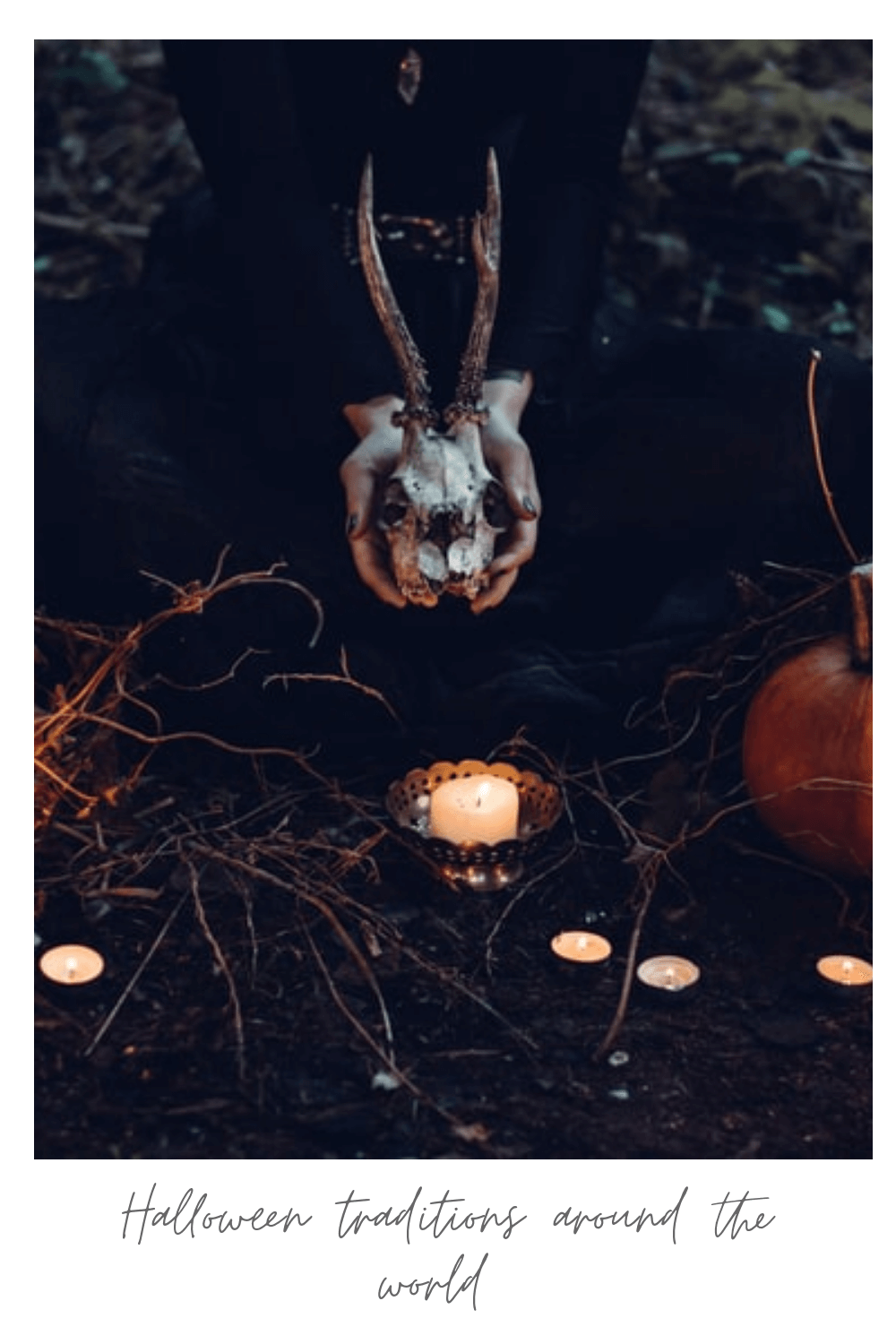 I adore Halloween. I’ve always been fascinated by all things considered creepy and spooky. Horror is my favorite genre for both movies and books, and if I had my way, we would celebrate Halloween 6 months of the year (I guess we could spend a few months of the year celebrating other holidays and seasons, but Halloween is where it’s at). I decided to spend some time reading about Halloween traditions around the world, and just had to share!

Halloween Traditions Around The World 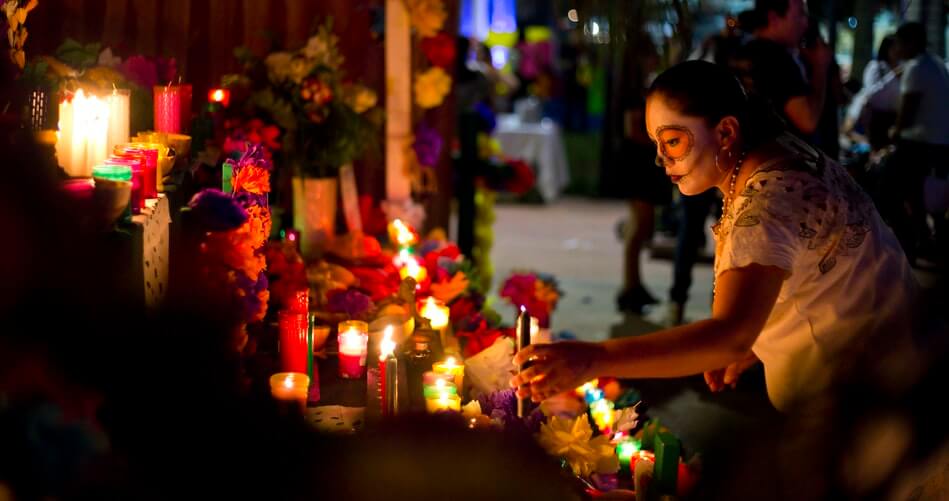 Dia de los Muertos. Celebrated in Mexico and some parts of Latin America, this 3 day festival begins on October 31 and ends on November 2nd. Dia de los Muertos, or Day of The Dead, is a celebration to honor the dead, who are believed to return to their homes on Earth on Halloween night. It is believed that at midnight on October 31st, the gates of heaven open up and allow the dead to be with their families for 24 hours.

Most families decorate their homes in honor of their dead relatives, leaving photographs, flowers, and food for their relatives to feast on in the afterlife. The living also clean up the gravesites and decorate them.

I was lucky enough to be in Puerto Vallarta for Dia de los Muertos in 2019, and it was so special.

Honorable mention to the movie Coco, for being a beautiful story that centers around Dia de Los Muertos. 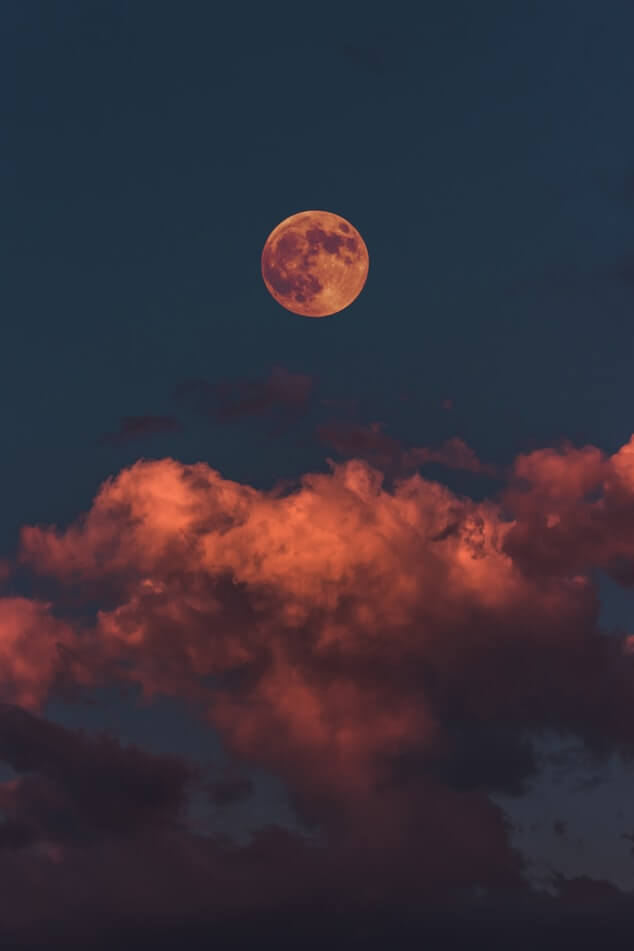 Samhain. Celebrated in Ireland (which is considered to be the birth place of Halloween) and Scotland, Samhain (pronouned Sow-Win) is an ancient festival that has Pagan and Celtic roots. Today, Halloween there is celebrated with bonfires and games, and lots of traditional foods. This festival marks the end of the “Lighter half” of the year, and the beginning of the “Darker half”. Along with the marking of the darker half of the year, there is also the belief that the barriers between the physical and spirutal worlds break down during Samhain, providing more interaction between the land of the living and the dead.

During this time of year, the fires in the family homes would be left to burn out while the harvest was gathered. After the harvest was completed, Druid priests would light a community fire, where families would take a flame from the fire to bring back to relight their hearths at home.

During ancient times, if a person didn’t participate in the harvest and festival, punishment from the Gods was feared, usually illness, but maybe even death.

I also find it fascinating that during the festival, no crime could be committed, nor could any weapons be used. Anyone who broke these rules faced death.

It was actually the Irish who are responsible for our modern day Jack-O-Lanterns, as they began the tradition using turnips, before eventually switching over to pumpkins.

Could it be my Irish ancestry that has me feeling so connected to Halloween? Possibly!

Pangangaluluwa. In the Phillippines, there is the tradition of Pangangluluwa (pronounced pah-ngah-ngah-loo-lwah), which is where groups of people go to different houses on the evening of All Saints Day (November 1st). They sing songs and ask for prayers. These people are seen to represent the souls that are stuck in purgatory, and by requesting prayers, the hope is that these souls will be sent to heaven. Nowadays, the tradition is likened to Halloween celebrated in Western cultures, with children and teenagers singing in exchange for small gifts or cash.

On October 31st they cook lots of food and spend time at the graves of loved ones. 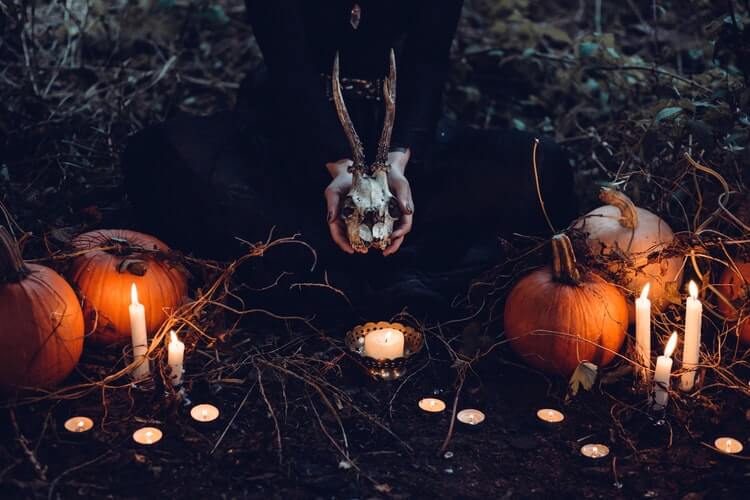 Dzien Zaduszny. In Poland, Halloween is overshadowed by Dzien Zaduszny, also known as Zaduszki, All Souls Day, which takes place on November 1st and 2nd. These days are dedicated to prayer and visiting the gravesites of deceased family members.

Families will travel to the gravesites of deceased family members and spend the day caring for the graves, leaving wreaths, flowers, and candles that will keep the gravesite lit up for the entire two days. At nightime, cemeteries are lit up from all of the candles, making the cemeteries look both eerie and beautiful.

This day is a Pagan holiday, being created as a Holy Day in 998, to remember the souls who have left us, and make sure that they will always be remembered and loved. Before Zaduszki, people believed that during these days the souls of their forefathers would come back to Earth. During this time it was imperative that the souls not be disturbed or angered. This meant going to bed early and staying home.

Now with Zaduszki, family members get to meet up and care for the graves of their loved ones and spend quality time together. 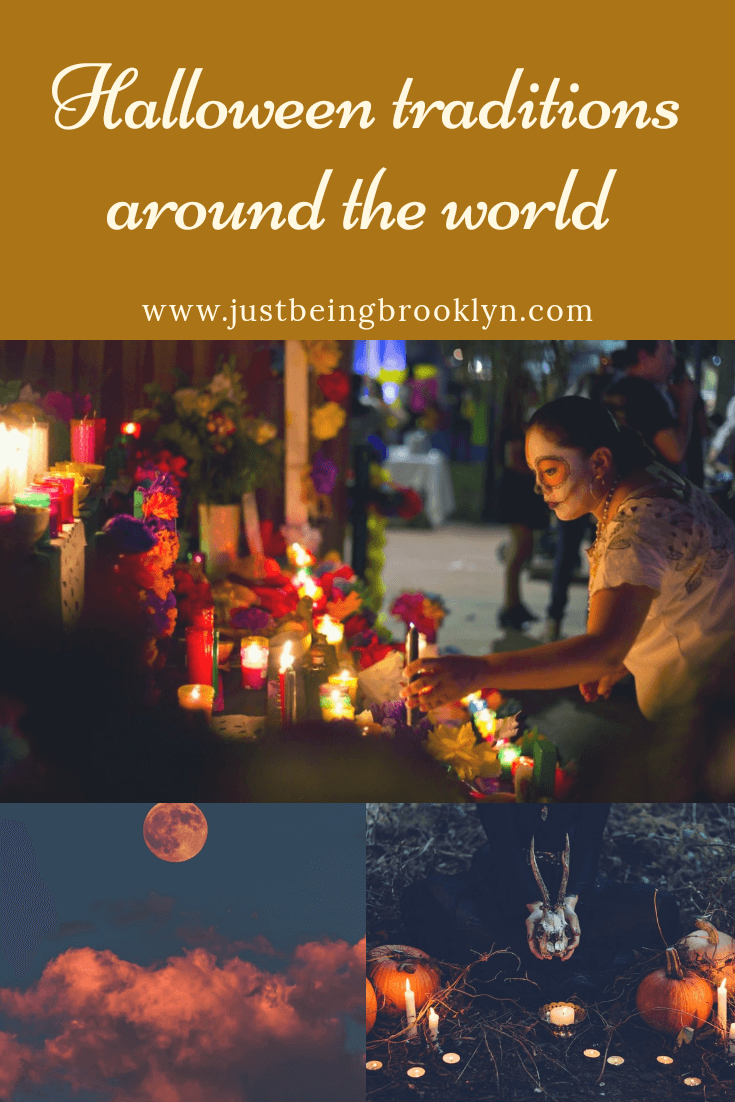 A lot of other cultures participate in rituals such as these listed above, but they take place throughout the year, not on Halloween, which is why I didn’t include any of them in this post. If you get a chance to look up Halloween traditions around the world, I’m sure you’ll become enthralled by at least one of the many traditions this wonderful world of ours has.