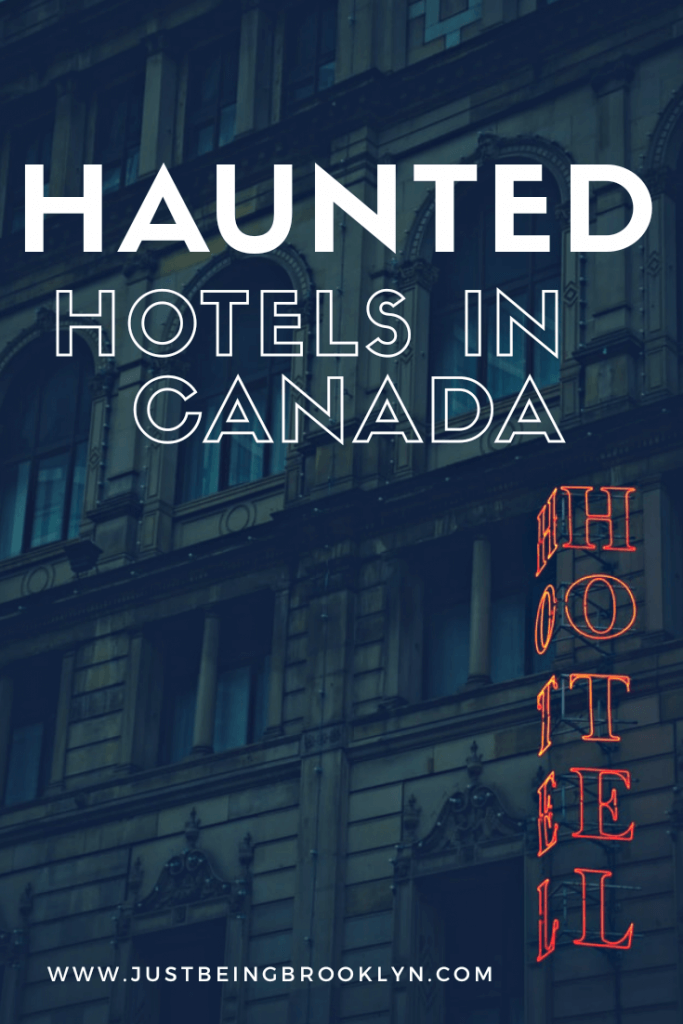 October, the best month of the year! It’s time for all things spooky, and what could be spookier than haunted hotels in Canada?

So, where are these places? 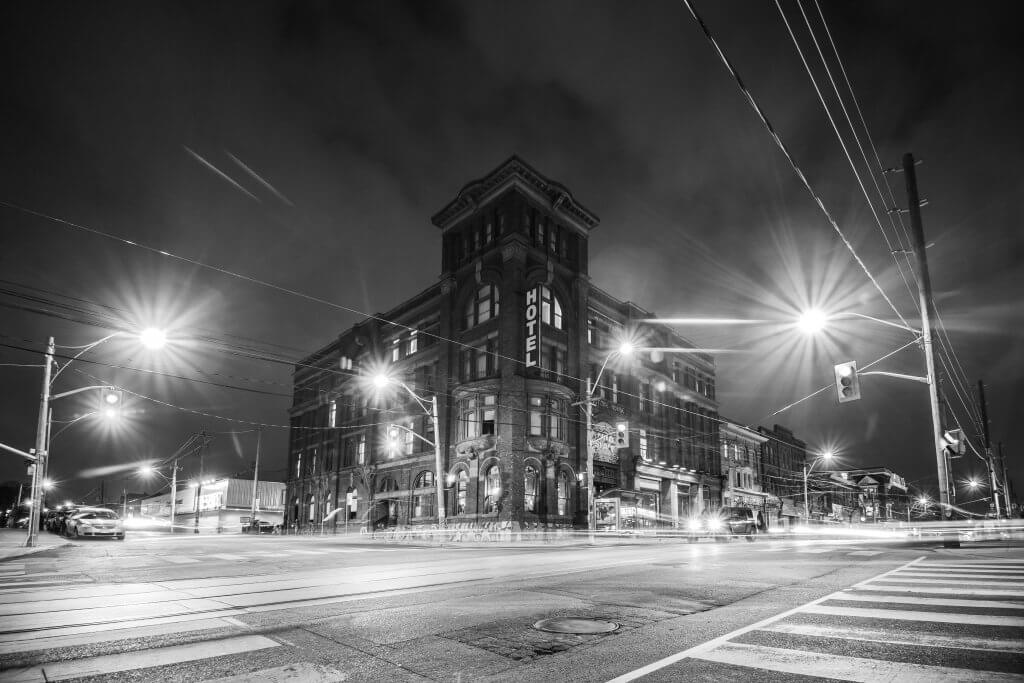 Looking to spend a night in a creepy old jail? Look no further than HI Ottawa Jail Hostel. Opening in 1862, the jail lasted until 1972 when it was finally shut down due to the inhumane conditions the prisoners were subjected to. Prisoners in the jail were there for any number of reasons, from murder to aggravated assault, from attempting to commit suicide to being insane, from being drunk and disorderly to altering a note! A touch harsh, I think…

What was once known as the Carleton County Jail is now a hostel that gives visitors the opportunity to sleep in a former jail cell. With the gallows and death row areas still set up as they formerly were when the jail was occupied, you get the chance to envision the way life was for the prisoners who lived there.

The main jail in Ottawa for over a century, the most famous execution was that of Patrick J. Whelan, who was accused of assassinating Thomas D’Arcy McGee, one of Canada’s Fathers of Confederation. Though he continued to declare his innocence and people today still doubt he was the murderer, he was hanged on February 11th, 1869.

The “evidence” against him was weak, and since Thomas D’Arcy McGee was friends with the Prime Minister of Canada, it seems they just wanted to have someone to blame. Over 5000 people braved a snowstorm to watch his execution, and horrifically it took about 7 minutes for him to die due to a miscalculation with his rope. If that’s not bad enough, his last wishes to be buried with his family in Montreal were denied, since no priest would conduct a funeral for him at the prison. He is buried in an unmarked grave in the prison courtyard, like many others who suffered in that jail.

Now his spirit if often seen haunting the hostel, often appearing in his death row cell or at the end of guests beds.

A frequent stop on Kingston ghost tours, the Hochelaga Inn was originally built in 1879 as the home of John and Harriet McIntyre. Harriet was known for being a relative of the first Prime Minister of Canada, Sir John A. MacDonald. After John McIntyre passed away, the house was purchased by the Hochelaga Foundation, which was a branch of the Bank of Montreal, to use for housing their traveling employees.

In 1985 the house was converted into a Bed & Breakfast, which it remains to this day.

Many guests have reported haunted activities within the walls, most famous of which is a woman in black, who is known to sit in a chair by the front window. Guests have reported feeling her dress swish past them, and one woman woke one night to her standing at the foot of her bed.

Others have seen the ghost of a blonde haired boy, however most of the sightings have been the lady in black. Otherwise, the TV sets have been known to turn on and off randomly, objects get thrown across the room, and giggling can be heard often. 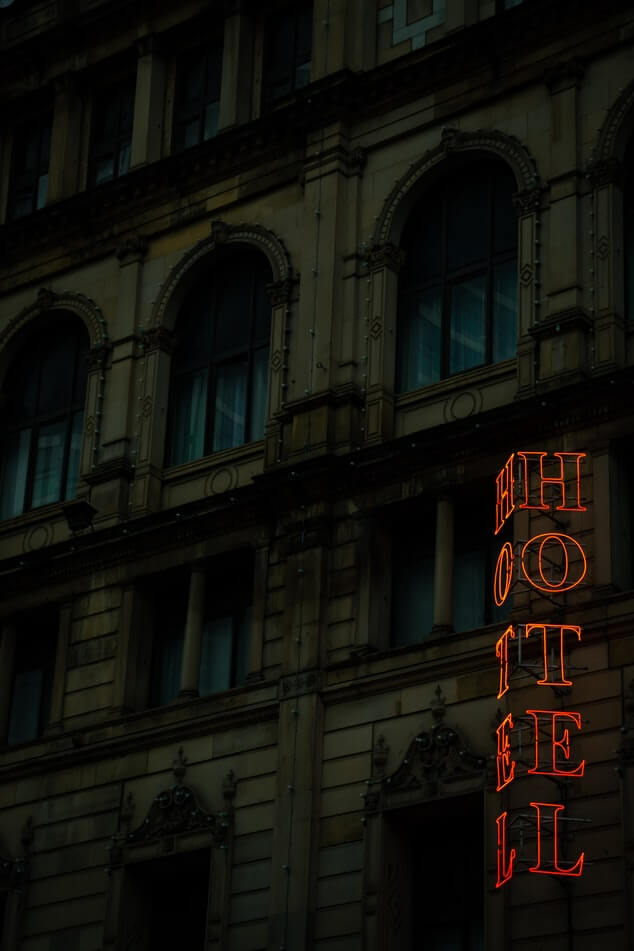 Opening its doors in 1888, the Fairmont Banff Springs is a truly stunning hotel. Located within the Rocky Mountains mountain range at 1,414 meters above sea level, the views of this hotel are world famous and grand.

But grand or not, this hotel is well known for being haunted.

The most famous ghost is The Bride, who has been seen around the hotel since the 1920’s. Story has it that on her wedding day, she was descending the stairs in her wedding gown when something startled her, causing her to trip and fall to her death. Another story says she slipped on the hem of her dress.

She has since been seen in her wedding dress, going up and down the stairs, or dancing in the ballroom.

Sam The Bellman is a helpful spirit. He was head bellman during the 60’s and 70’s, and is known for helping out both guests and staff alike. He’s often mistaken for a live person. One story is that two elderly ladies were locked out of their room. They called the front desk for help. 15 minutes later an employee went to unlock the door, but when he arrived it was already unlocked. The ladies said an older gentlemen helped them with the door. That man was described to be Sam.

There are of course haunted rooms as well. A man is reported to have murdered his wife and daughter in room 873. After the investigation concluded, the room was redone and rented out again. This didn’t last for long as guests would wake up to the sound of screaming, and bloody handprints being on the mirrors. By the time staff would go to the room to investigate, the handprints would be gone. The room is now boarded up, and hotel staff are reportedly not allowed to speak of the room.

A charming hotel, the Fairmont Empress hotel is one that is as eerie as it is beautiful. Opening in 1908, the architect, Francis Rattenbury, took great pride in his work. He was often at the hotel, happy to hear praises from patrons regarding the beauty and grandeur of the hotel. Behind doors he was known to be mean and cheap, often cruel to his wife. By the end of their relationship, he wouldn’t even speak to her, instead communicating through their daughter.

In 1923 at the Empress for a dinner in his honor, he met Alma Parkenham, a beautiful women in her early twenties, who was known to smoke and drink in public (the audacity!). They quickly fell in love and begin a public love affair. When Francis asked for a divorce, his wife Florence refused, so he began to entertain Alma at the family home, loudly making love for Florence to hear. When this didn’t work, he moved out, turning off the heating and lighting in the home. Florence finally agreed to a divorce, and died of cancer a few years later.

Because of the scandalous love affair, Francis was unable to find work in Victoria, so the couple moved to England, where Francis, now broke, became a reclusive alcoholic. Alma, 38, began her own affair with 17 year old George Stoner.

In 1935, Stoner murdered Francis in his home, bludgeoning him with a mallet and knocking out his dentures. He died a few hours later in the hospital. Both were charged for murder, but Alma was quickly acquitted, while Stoner was convicted and sentenced to death. After public outrage at Stoner being the only one charged, he was instead given life in prison. He eventually served just 7 years before being freed. Alma ended up stabbing herself to death before hearing of his sentence being changed to life imprisonment.

Francis can now be seen roaming the Empress Hotel, most often on the staircases, hoping to hear praises of his work once more.

A luxurious escape for many famous guests, including royals, The Fort Garry has been open since 1913 and is the perfect base for exploring Winnipeg. A huge draw? The ghosts!

The most popular ghost is from room 202. In the 1920’s, a couple of newlyweds stayed in room 202. The bride, having a headache, sent her husband to get headache pills, and he was accidentally killed by a horse-drawn cart. The woman committed suicide in that room, and now is seen sitting on the bed, waiting for her husband to return to her. Some reports say that she hung herself in the closet, however this has not been proven. Staff have also seen blood dripping down the walls of that room.

There are plenty of ghost sightings at this hotel.

Skeptic and former Ontario Liberal MP Brenda Chamberlain has said that she was woken up twice by the feeling of someone getting into the bed with her.

Owner Ida Albo used to live in the hotel. In room 528, after a fight with her husband, Ida saw him enter the room and sit on their bed. When she turned to speak to him, he wasn’t actually there.

In 1989 an employee was cleaning the kitchen and had begun to climb the back staircase when he heard sounds coming from the now locked up kitchen. He unlocked the door to find a man sitting at the table. When he ran to get another employee, the man disappeared.

Another report claims that on one night, an overnight security guard found 10 candles in the shape of a star on the floor of the locked ballroom. No events had been going on that night, meaning no one should have been able to be in there.

222 Broadway, Winnipeg, MB R3C 0R3
All of these haunted hotels in Canada sound so cool to visit and I would love to visit all of them! I can’t decide which one sounds the scariest though, and I would be terrified experiencing any of them I think!
Which one would you most like to visit? Do you believe the spooky stories about these haunted hotels in Canada? 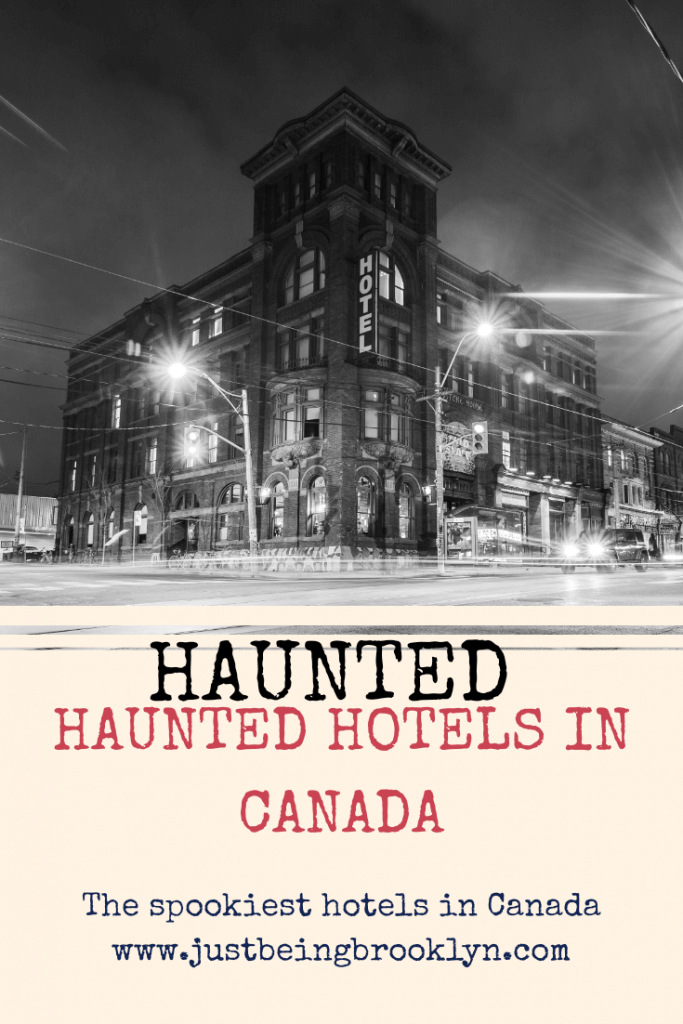