Haunted Hotels In Europe You Can Spend The Night In 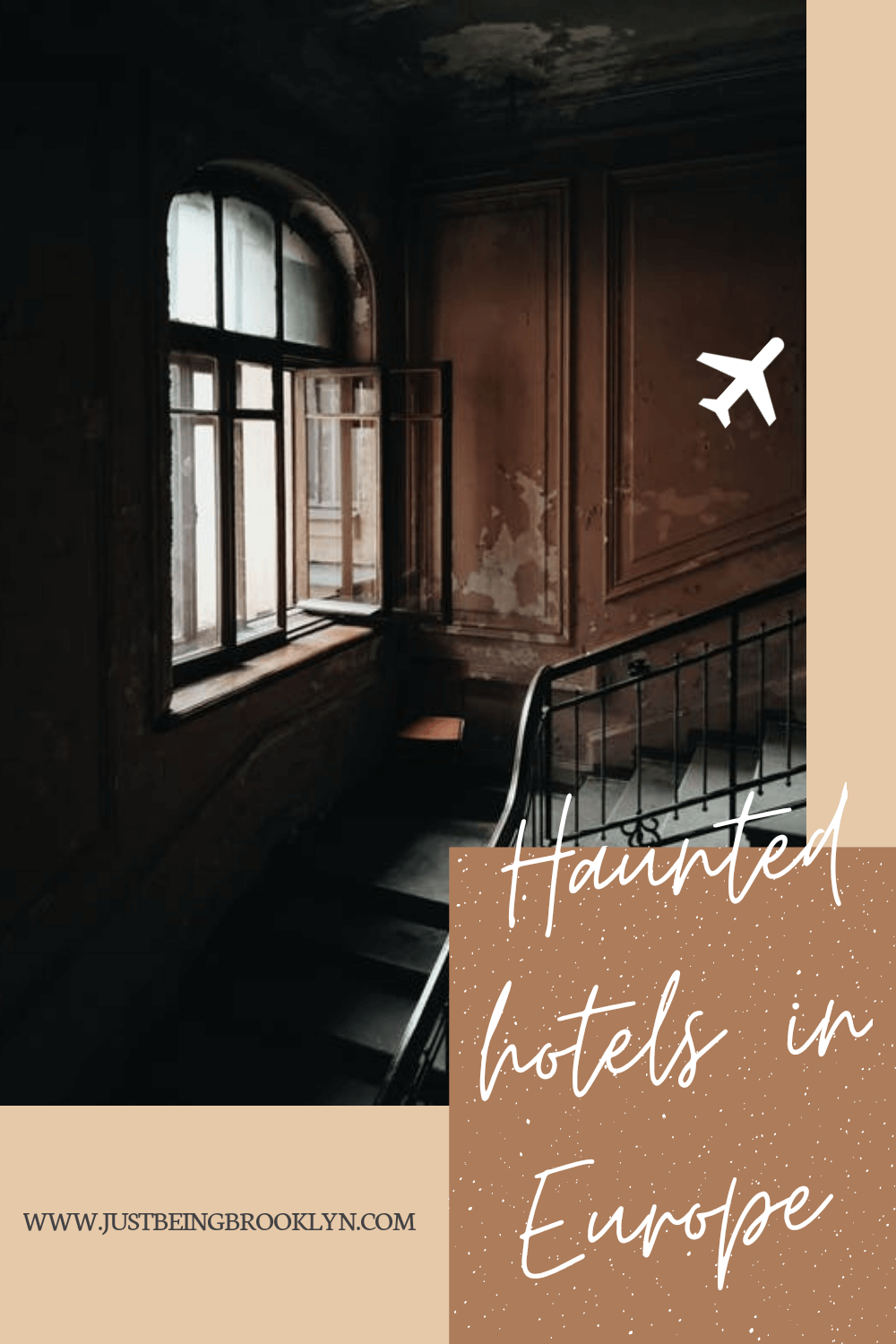 Some of these haunted hotels go back to the high middle ages!

So just what are the most haunted hotels in Europe? While there are too many to count, several really stand out as incredibly haunted!

The most haunted hotels in Europe

This is arguably the most haunted hotel in all of London. Built in 1865, the Langham is famous for room 333, where guests have reportedly seen a man dressed in Victorian garb. This man was a doctor who murdered his wife and then took his own life while the two were honeymooning at the hotel.

Along with the doctor, the hotel is also home to a German Prince who threw himself off a balcony of the hotel just before WWI, and now moves through walls and lowers the temperature in each rooms he’s in. He’s known as the most active ghost at the hotel, and often seen early in the mornings.

If these aren’t enough, there’s a man with a wound on his face who strolls the hallways, Emperor Napoleon III spent his final days at the hotel and is now found haunting the basement, a ghost who has fun tipping guests out of bed while they’re sleeping, and a man who walks the corridors wearing holey socks.

About 75 km from Copenhagen, the land this hotel is on is ancient. Located on a tiny peninsula, the name Dragsholm literally means to “drag”, which is precisely how Vikings would avoid dangerous waters nearby, by dragging their ships across the narrow stretch of land.
Built by the Bishop of Roskilde around 1215, it is now owned as a luxury hotel.

When the Danish king rose to challenge the church, the Bishop of Roskilde was imprisoned. Guests can hear him wailing and moaning throughout the hotel.

Probably the most well known ghost is that of the Earl of Bothwell. You may know him as the third husband of Mary, Queen of Scots. After their marriage had basically dissolved and there were conflicts over the Scottish crown, the Earl fled. Once the Danish King found out he was in Norway, which was at the time owned by Denmark, the King had the Earl captured and imprisoned in the castle. It was in the castle that he was chained to a pillar for 10 years in appalling conditions and left to die at the age of 44.

Next up is the White Lady of Dragsholm Slot. Thought to have been named Celina Bovles, she was the daughter of a nobleman, and was betrothed to another nobleman. Her father was happy about this betrothal and the prospects the marriage could bring. Celina ended up falling in love with a commoner who worked at the castle.

When her father found out about the love affair he said she could keep it up until the wedding, but once she was married she had to end it. All was going to plan until Celina became pregnant.

As punishment her father had her chained to a basement wall, and her captors built a wall around her, cementing her in there and leaving her to die. Her skeleton was found in the 1930’s when work was being done on the hotel to modernize the plumbing.

Now she can be heard wailing in agony, trying to find her lover.

A happier story is that of the Grey Lady. She worked at the castle and one day complained of a toothache. The castle master gave her some medicine that seemed to help with pain, but she unfortunately died from infection.

Not much is known about her other than that she remains in the castle to this day, performing good deeds for those who work and stay in the hotel. 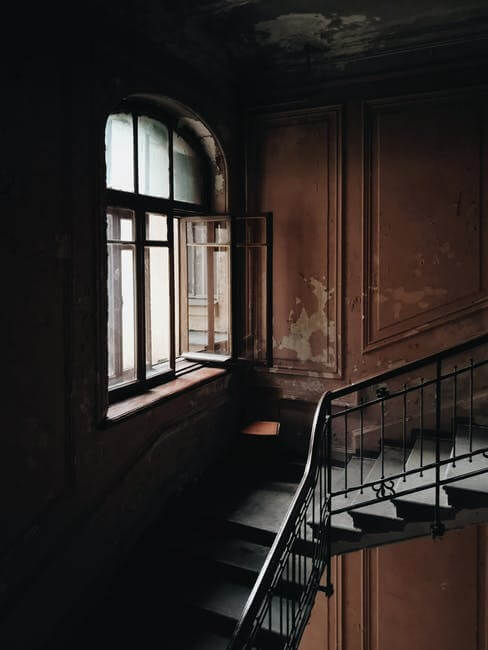 Used as a Nazi and Soviet military prison during the 20th century, it’s no surprise that this prison turned hostel is so haunted. At least 5000 people are estimated to have died here, and thousands of Latvian deserters were punished by Nazis in this prison.

Stay here if you’re looking to have the true inmate experience. You get handcuffed upon check in, get your mugshot taken, and get treated as prisoners by the “guards”.

As for being haunted, light bulbs unscrew themselves, sobbing can be heard throughout the prison, random freezing temperatures, doors swinging open and closed on their own, and the sound of chains being heard rattling.

I was immediately drawn to reading about this hotel because King Henry VIII had this palace constructed for his fourth wife, Anne of Cleves. I’m a sucker for Tudor history (England’s history in general, really), and Anne of Cleves is one of his lesser known wives. While their marriage didn’t last long (he complained of the way she smelled, so they got their marriage annulled, and she lived happily ever after known as the Kings sister!) this castle housed many royals.

Though the original castle burned down, the hotel was built upon the same spot.

A Grey Lady in a crinoline dress is the most reported ghost to be seen. She walks slowly across the restaurant before disappearing into the wall on the West side of the hotel. Her story is that after she had a fight with her fiancé she threw herself from the bell tower, landing beside where room 1313 is.

In room 1313 there is the typical cold spot, drawers opening on their own, the tv being moved, and electronics turning on and off. 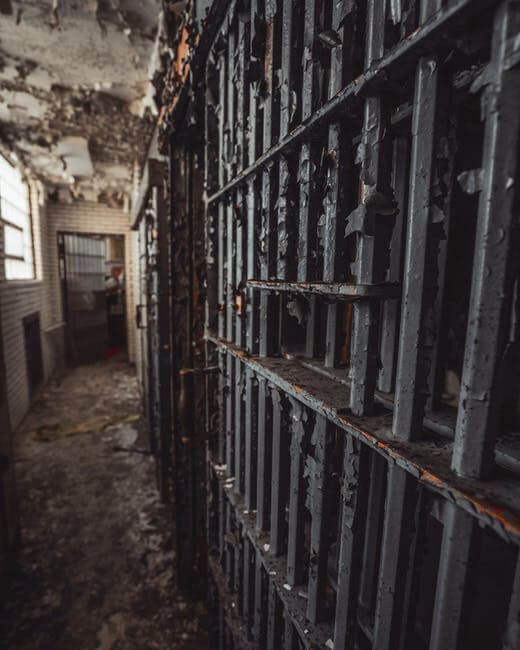 Originally built as a monastery in the late 12th century, King Edward I stayed here while on the way to battle William Wallace. Now marketed as the most haunted castle in Britain, you can book to stay here overnight!

Located right on the border between England and Scotland, this castle was famous for its extensive torture chamber, and after William Wallace raided Chillingham and burned local women and children alive in the local church, King Edward I made the castle his base for the campaign against the Scots. He appointed sadist John Sage as the castles torturer. It is said he tortured about 50 prisoners a week. Once the war ended he burned alive the remaining prisoners, forcing their children to watch, and afterwards hacked the children to death with an axe that is still on display in the castle. Sage killed approximately 7500 prisoners in less than 3 years.

He even killed his lover by strangling her during a sex game on the rack. Too bad for Sage, her father was the leader of a powerful outlaw gang called the Border Reivers. Not wanting to lose the reivers support, King Edward I handed Sage over to be torn apart while alive.

Now his ghost remains at the castle.

Other ghosts at the castle include The Blue Boy, or the Radiant boy. His skeleton was found in the walls of the Pink room. Legend has it that he found documents in the castle relating to the Spanish Armada, as an aristocrat was betraying England to help the Spanish win. Rather than be found out, the aristocrat had the poor boy boarded up alive in the wall with the papers he found, so that way he couldn’t speak about what he found. When his body was discovered, evidence of him trying to scratch his way out was on the walls.

He’s seen in the Pink room and cries out in fear and pain. He’s dressed in blue and has a radiant glow about him.

Another ghost is that of Lady Mary Berkley, the wife of Lord Grey of Wark and Chillingham. Her husband abandoned her and their baby, running off with Mary’s sister Henrietta. Her spirit never left the castle after she died by suicide, and her sad soul wanders the castle alone.

A woman referred to as The White Lady in the pantry also haunts the castle. Once a footman was guarding the silverware. He was sleeping, locked in with the silverware, when a woman in white woke him up begging for water. He turned to get her some water when he remembered he was locked in, so no one should have been able to get into the pantry with him. When he turned back, she vanished. It is believed that she died from being poisoned, which is why she was so thirsty.

In the library the voices of two men can be heard whispering, but no one can ever figure out just what they are saying. If you try hard to listen, the voices will stop. 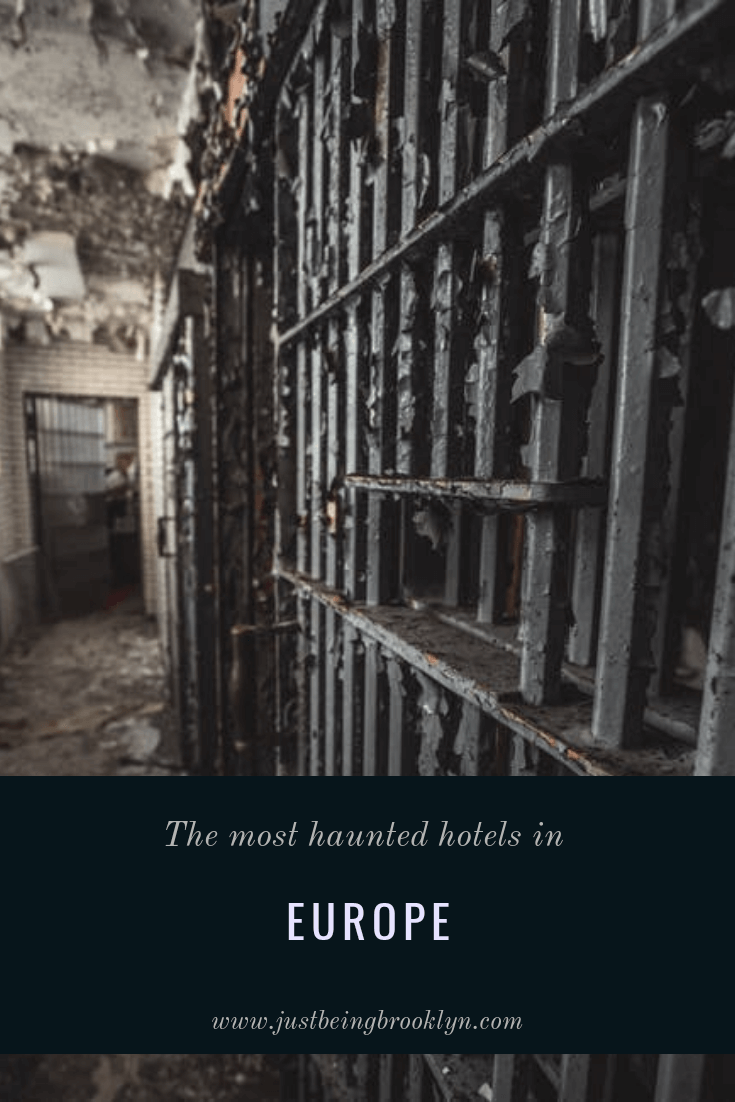 All of these hotels sound scary, but Chillingham Castle takes the cake for me. It sounds like a horrifying place. And you won’t find me staging at Karosota Prison anytime soon!

Which of the most haunted hotels in Europe do you think is the scariest?