How Mary-Kate & Ashley Inspired Me To Travel

Let’s be honest here. It was Mary-Kate and Ashley who inspired me to travel. Growing up, Mary-Kate & Ashley Olsen were kind of my idols. These girls began acting as babies, were in so many fun and adventurous movies and tv shows, and they were given the opportunity to travel all over the world.

They had books written about them and even got to travel in these books, as their job! Who remembers The New Adventures of Mary-Kate & Ashley? In these books the girls were child detectives, and this was my dream.

I always dreamed to have the same life as them, and honestly thought it was going to happen.

How Mary-Kate and Ashley Inspired Me To Travel

Unfortunately it never happened. Turns out child detectives who run their own agency isn’t really a thing. Are you as surprised as I am?

Even though I was never able to be a child star and travel the world while getting paid, I was able to religiously watch and then re-watch all of the movies that these girls were in.

The first time I can remember feeling what I would soon realize is wanderlust happened while watching ‘Our lips are sealed’, the movie the girls starred in that took them to Sydney, Australia. And what do you know, the first place I traveled overseas to was Australia!

In this movie the girls witness a jewel robbery and are put in the witness protection program. Unable to keep their mouths shut, the last option for them is being sent to Australia. If they tell anyone their situation, the will be pulled from the program, endangering both their lives and their parents lives.

Mary-Kate and Ashley pull fun pranks on the men that the robbers hire to get rid of the, go surfing, spend so much time at the beach, and meet gorgeous Aussie boys.

Pretty much a young girls dream.

But ‘Our lips are sealed’ wasn’t the only movie the girls starred in that immediately made me want to go on an adventure.

I used to always watch Passport to Paris and Holiday in the Sun. Like, all the time. I loved how European Passport to Paris was, and how the girls struggled to break free of their strict grandfather and have some fun, riding on the backs of motor bikes from guys they just met.

In Holiday in the Sun they go to Atlantis Resort in the Bahamas and get to go swimming at midnight, ride a yacht, go to a hotel party just for teens, and of course, meet boys.

I think I sense a theme here… young Brooklyn was boy crazy.

But seriously, these three movies inspired me to travel more than I could ever explain.

I still think of all the places that they went to and hope one day I can go as well and have even better adventures than the girls did.

Other places they went in movies are

Salt Lake City, in ‘Getting There’
London, in ‘Winning London’
Disney World, in ‘Full House’
Hawaii, in ‘Full House’
Rome, in ‘When in Rome’
New York City, in ‘New York Minute’
Cabo San Lucas, in ‘The Challenge’
Summer Camp, in ‘It Takes Two’ (did you go away to a summer camp as a kid? I didn’t, but really wanted to!)
Out West, in ‘How the West was fun’
A Cruise, which looked awesome, in “The Adventures of Mary-Kate & Ashley, The Case of the SeaWorld Adventure”

They also got to run around town in ‘Double Double Toil and Trouble’, and go on a solo adventure in ‘To Grandmothers House We Go’.

It seemed like every movie they were in, they were getting to go explore somewhere new, and it only made me want to go exploring more!

Out of all the locations they went to, the ones I want to go to most are The Bahamas, especially at Atlantis Resort, and London. I would include Sydney, Australia, but I’ve been there already.

If it weren’t for M-K & A, there is a good chance I never would have developed such a strong case of wanderlust.

Where I Travelled To First

Who knows, maybe Australia wouldn’t have been my first solo country. Maybe I would have gone to London instead (I very nearly chose London). I’ve always felt a strong pull to London, some deep rooted connection. Perhaps it’s my ancestry there, perhaps it’s my love of history. I nearly chose London, but some part of me told me that if I didn’t choose to live and work as an au pair in Australia, I would regret it.

The way I see it is, I will get to England one day. It’s not too far from Canada, and flights are much cheaper than a flight to Australia. When would I ever again have the opportunity to spend some significant time in Australia? It’s far from pretty much everywhere, expensive, and I have no friends or family there to force me to visit.

Choosing Australia was the right choice. I’m SO glad I chose to live in Melbourne. And honestly, I’m pretty sure the Australian inspiration is solely because of watching Our Lips Are Sealed on repeat as a kid.

Who knew when I was a kid that religiously watching the movies of two twin girls would inspire me to explore the world, find value in learning from different cultures, different ways of life, eat different foods, and just generally open my mind to different ways of doing things.

So basically, thank you to Mary-Kate and Ashley for having such a successful career when they were younger, because without them I may not have been as in love with the world as I am now.

This is how Mary-Kate and Ashley inspired me to travel. Who inspired you to travel? 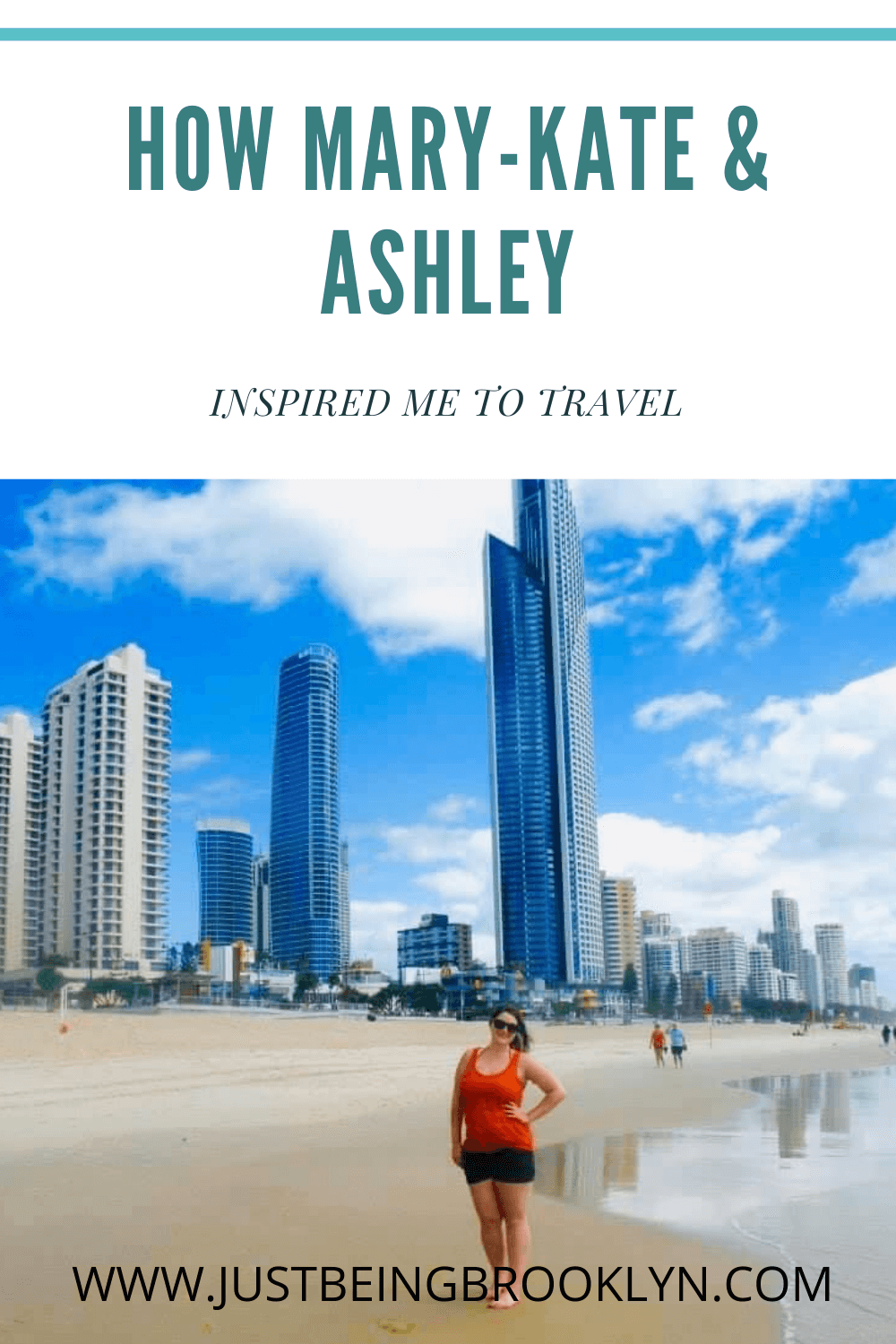