How To Explore Hobbiton

The day had finally arrived! After my major mishap and near panic attack the day before (which you can read about here), it was time to get myself to Hobbiton and live out my dream of living the life of a Hobbit. It was time to figure out how to explore Hobbiton!

Making my way down the street to where I had seen the bus the day before, I made sure to arrive nearly half an hour early, because hey, you never know! I wasn’t taking any chances this time of not getting on that bus. It was now or probably never.

Of course it decided to rain. Because why wouldn’t it? Things going wrong seemed to be the theme for Rotorua. When I got on the bus, which was very big, green and comfy by the way, we were given a small Hobbiton pamphlet with a map inside and some info about the place. Guys, it was Lord of the Rings green and shaped like a ring! Yes I geeked out a tad. Rightfully so. Though the map is squished and ruined, I still have it as a momento.

We were one of many buses arriving that day, so to pass the time until it was our turn we wandered around the small gift shop. I wanted to buy pretty much everything.

Unfortunately my bank account wasn’t quite on my side that day.

When it was our turn we hopped back on the bus and went down the road to the farm that the set was built on. The original set was torn down but when the Hobbit movies were made, the owners of the farm decided that they wanted to have the set kept up for visitors. Thank goodness for them!

We were given umbrellas to use while wandering the property due to the rain, and we quickly made our way into Hobbiton. The first view going into Hobbiton is just unforgettable. I could just imagine Bilbo running towards us saying “I’m going on an adventure” and joining us. I wish that were the case. 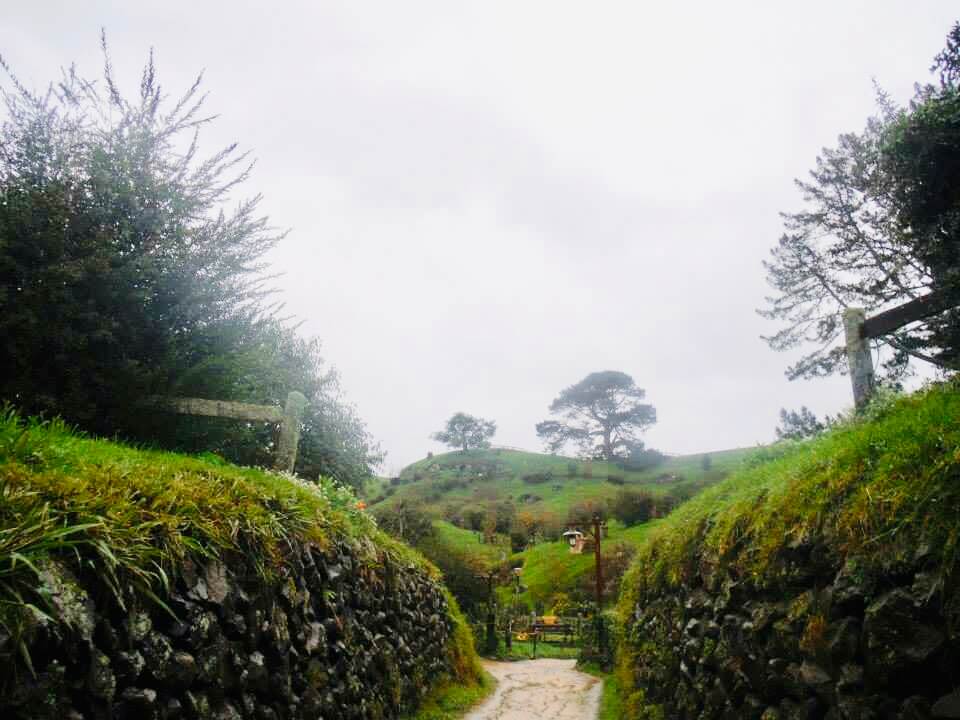 We were told that each of the Hobbit homes frequently get re-arranged, so that each home is never the same. Some had laundry hanging outside. Others had picnics set up. Each was different with the impression that they were being lived in. They all had such personality. Our guide was great, and took the time to let each person take plenty of photos, and pose with certain Hobbit homes. Only a few had doors that opened because the inside of the homes were actually filmed on a set in Wellington, where Peter Jackson lives. The few that opened had little space inside and nothing in there. It was just for show. 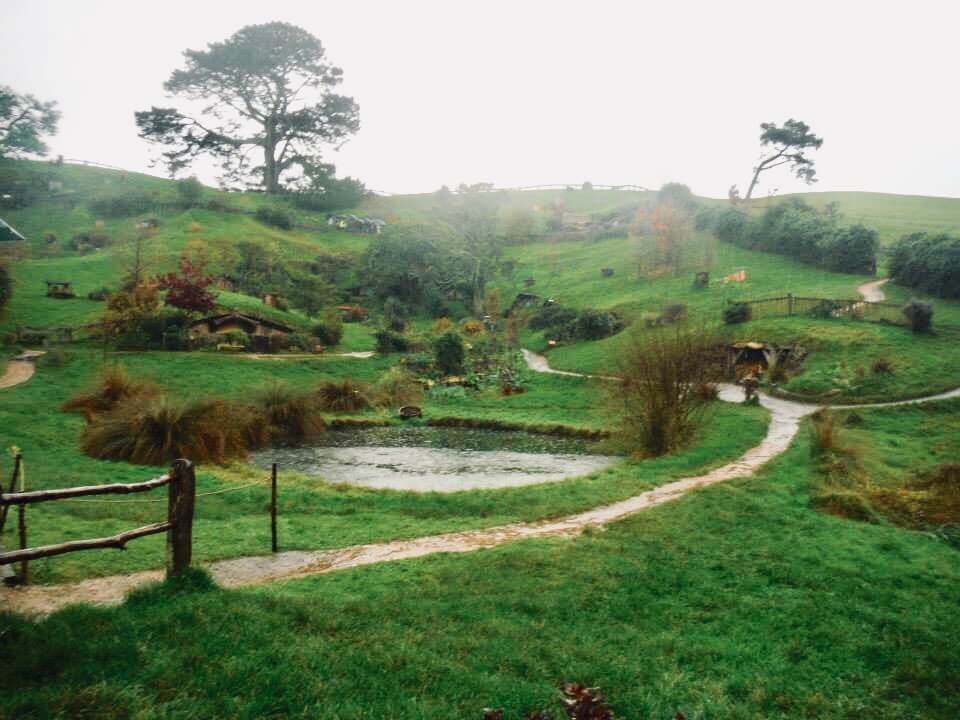 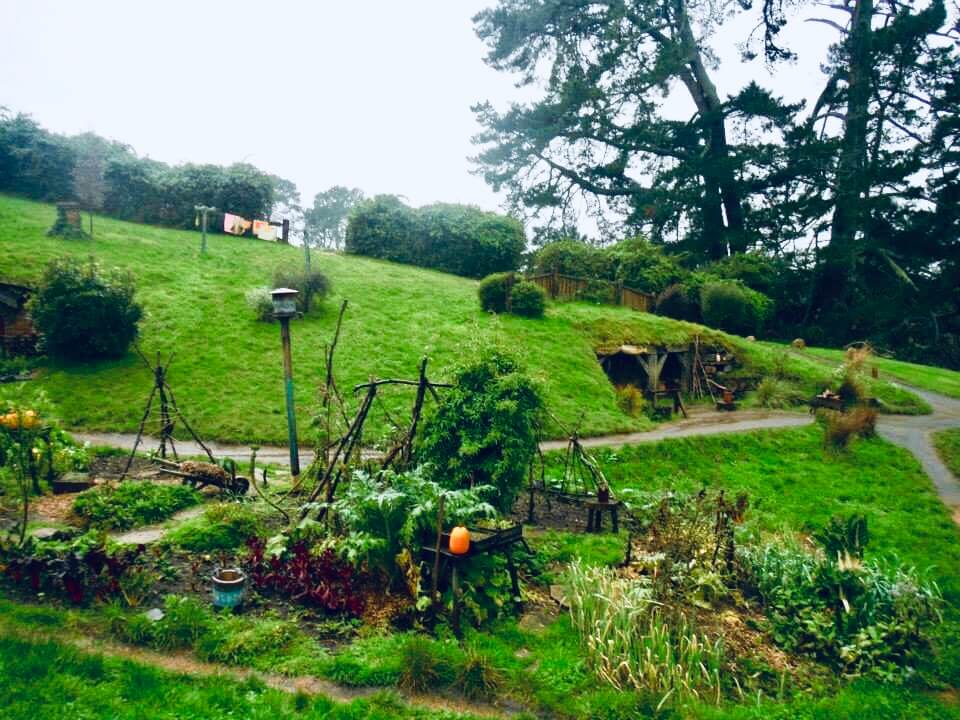 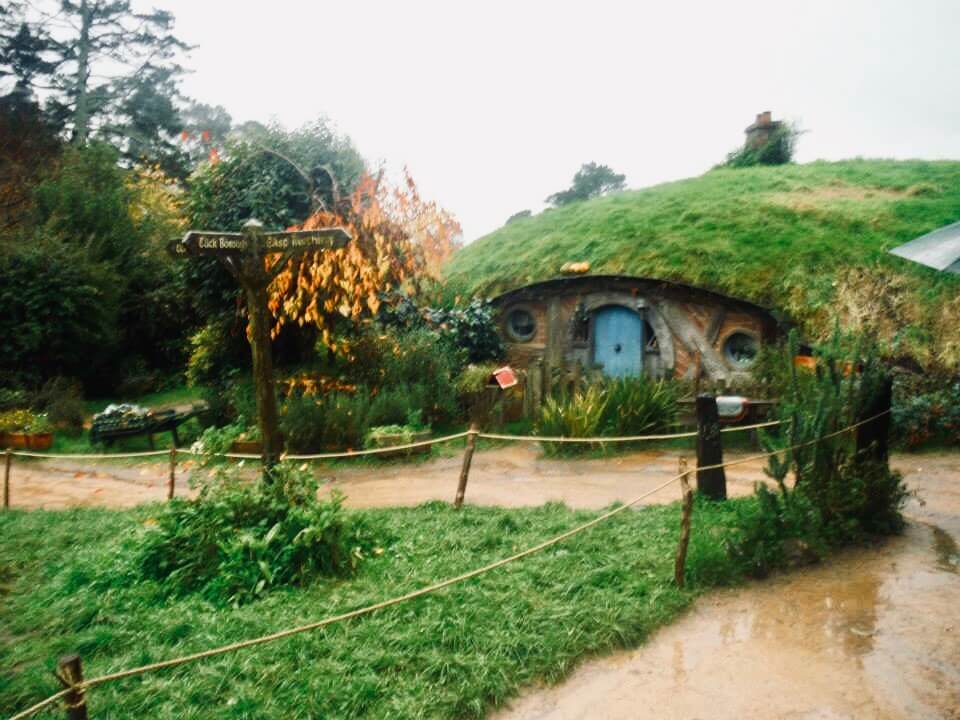 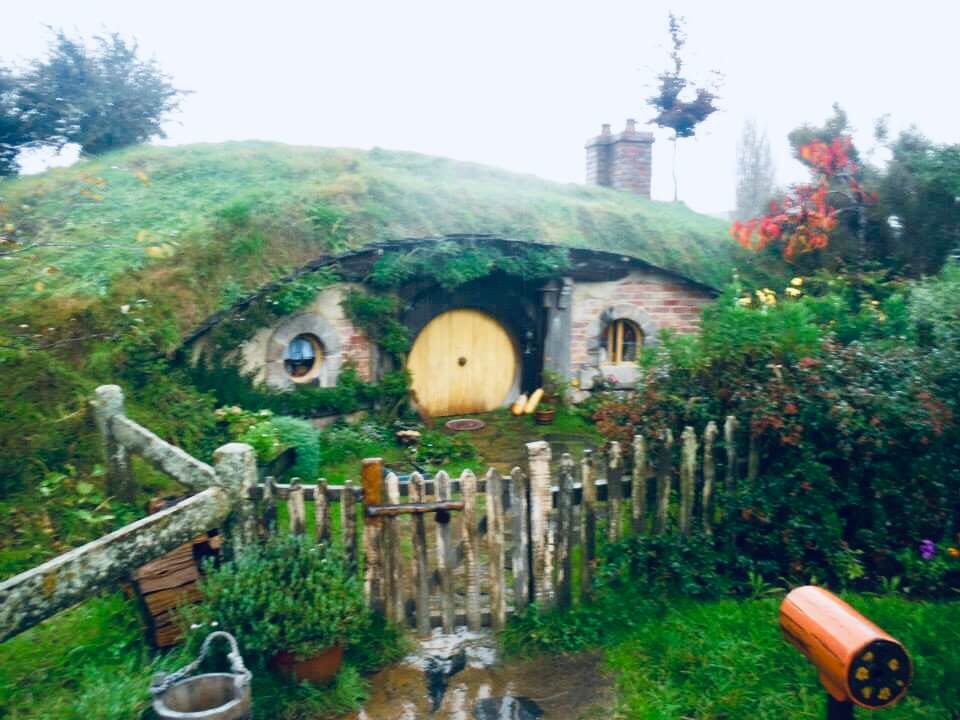 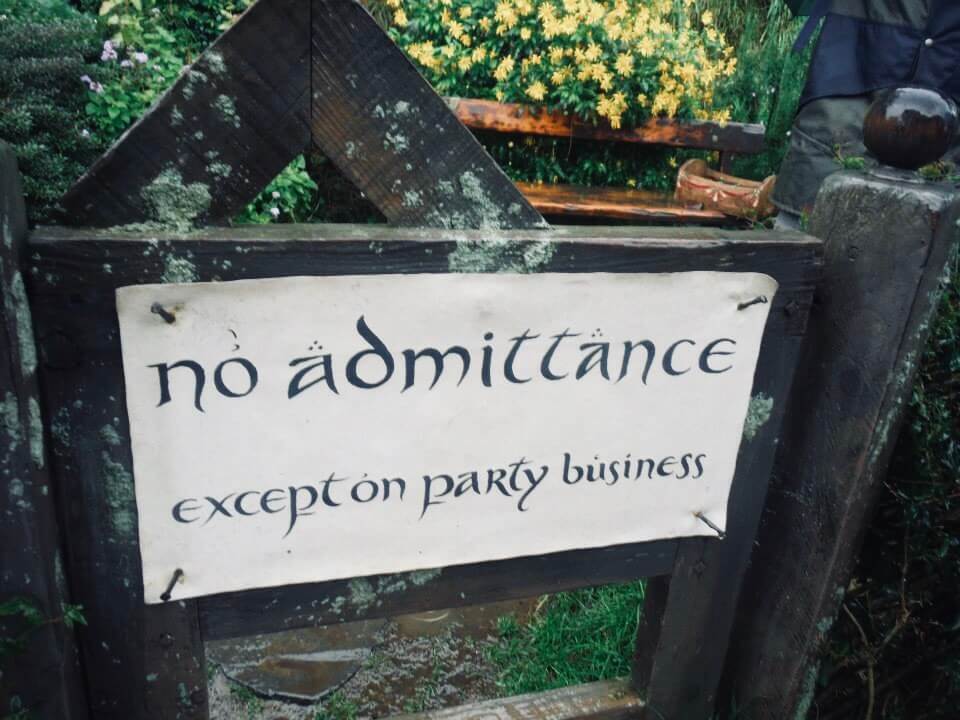 Still, getting to take photos peeking out from inside a Hobbit home was so fun.

While wandering we learned some fun facts. Such as the party tree cost 1 million dollars to set up. For the party scene in Lord of the Rings the Fellowship of the Ring, the guests were all the cast and crews’ family and friends. In the end scene when Sam is with his children, it was actually his child and Rosie’s child in the scene. I love little details like that as I find it makes the behind the scenes stories much more personal. 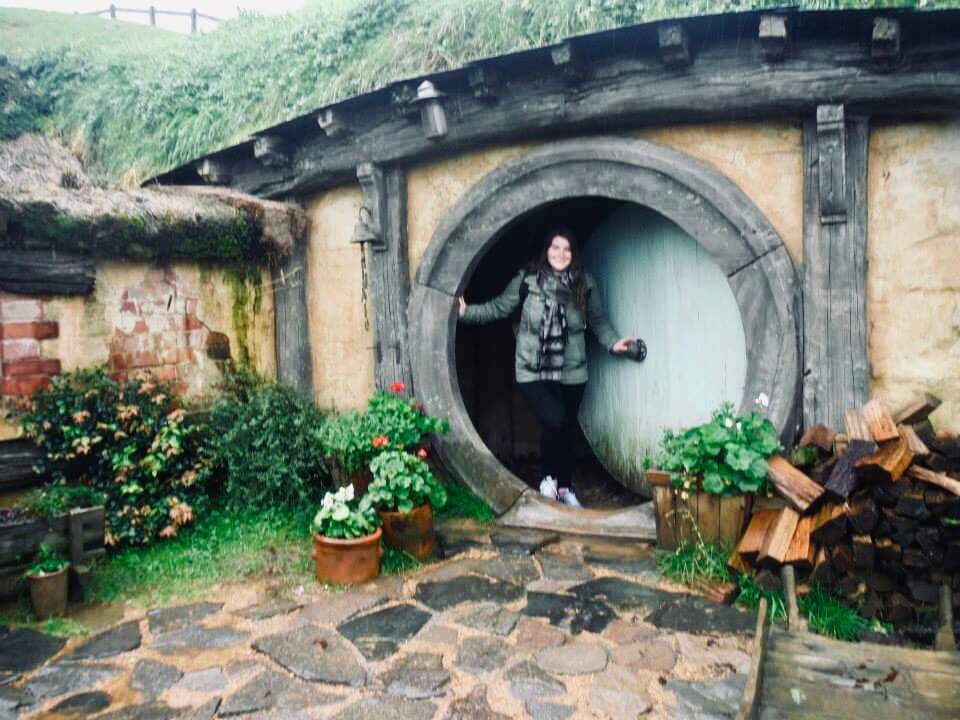 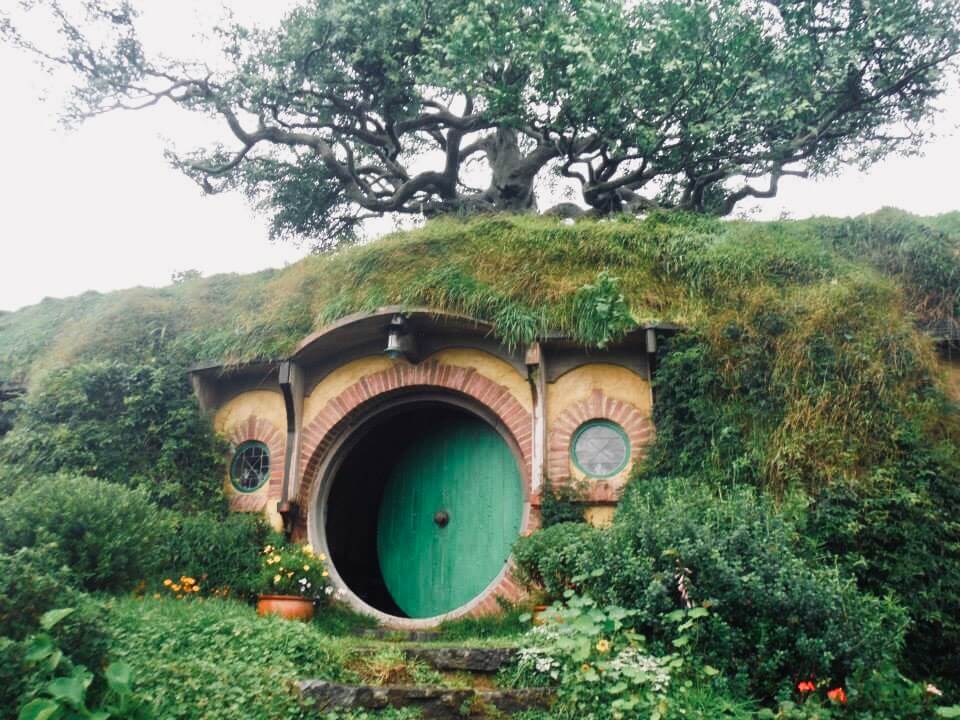 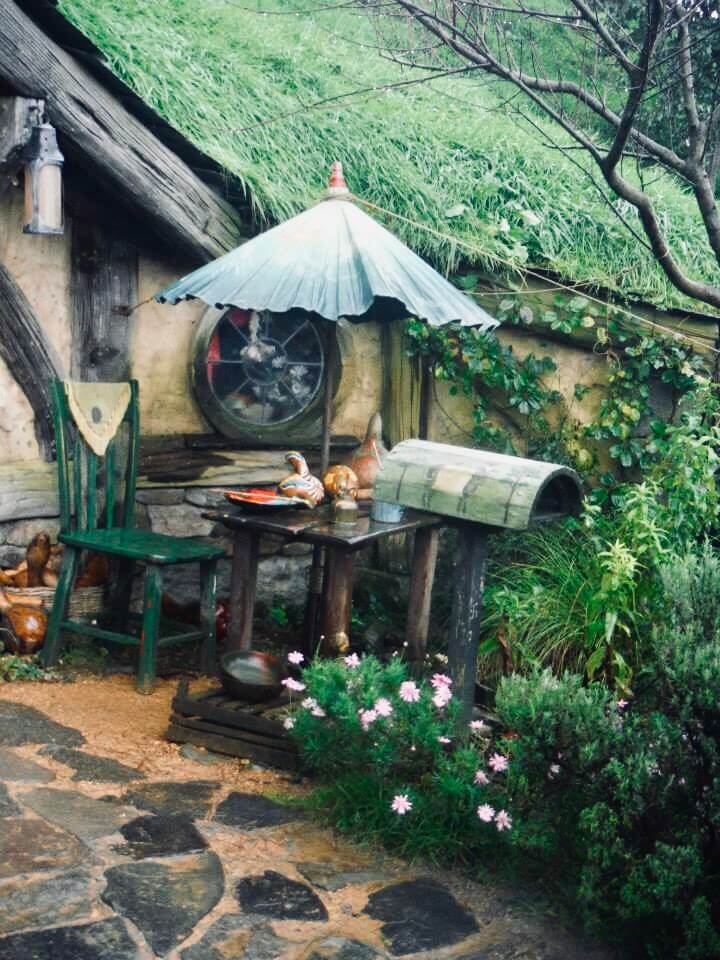 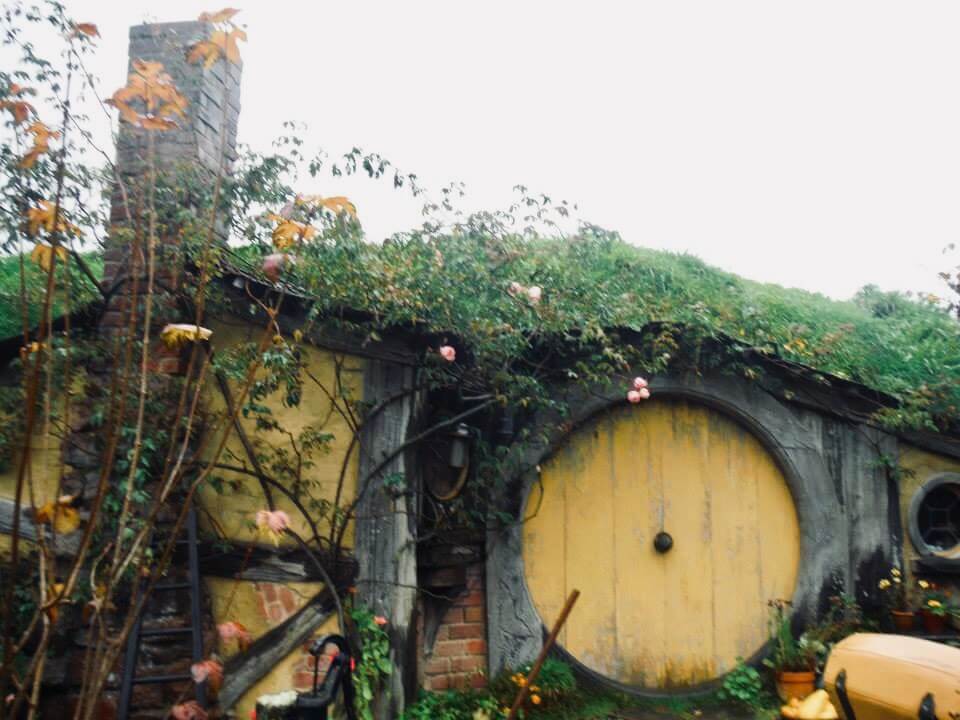 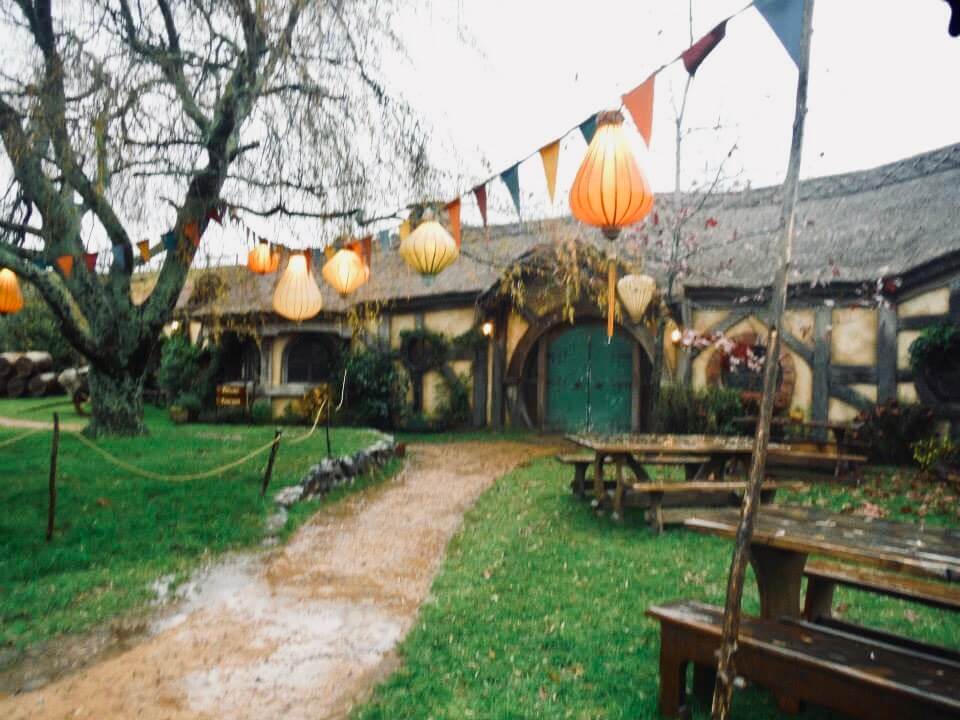 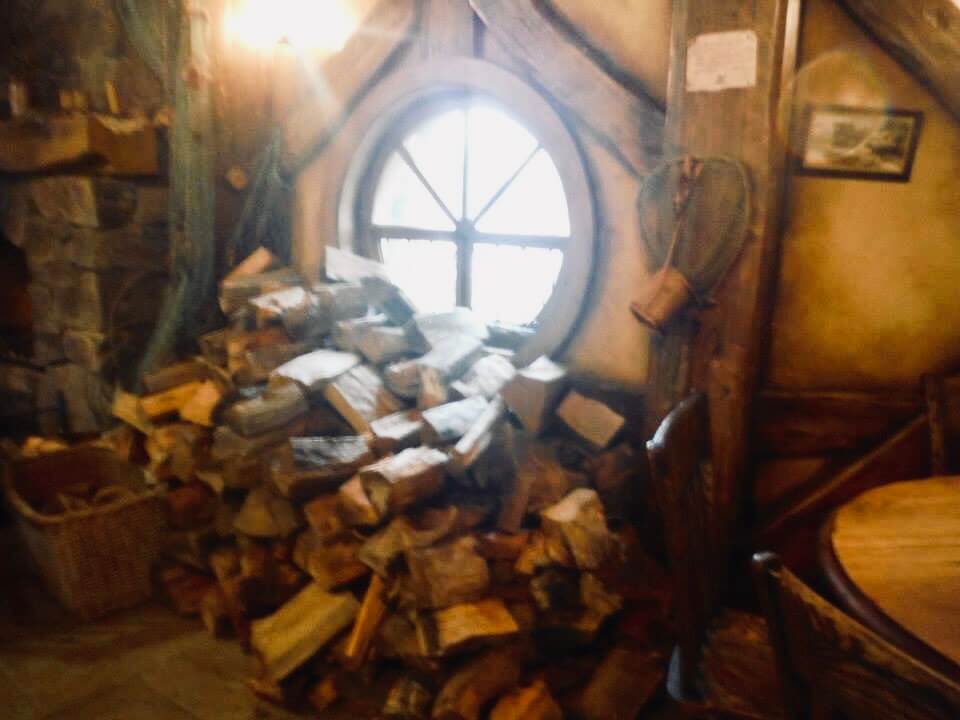 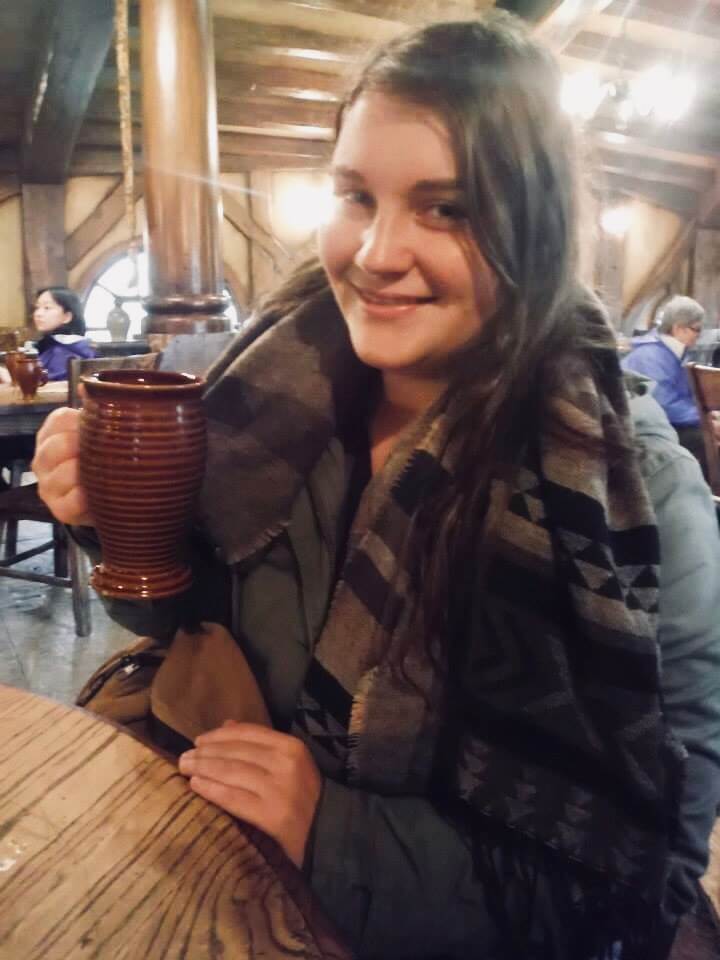 After wandering around the property, we stopped for a drink at the Green Dragon. Inside was exactly how I imagined it would be. And even better, there was a cat that lives there.

I want to be that cat!

Apparently the poor kitty was thrown from a vehicle on the road to Hobbiton, so it was brought in and now lives at Hobbiton, and is loved by all visitors.

The tour ended much too quickly.

Especially considering I was about to go for my bungee jump!

How To Explore Hobbiton

The tour company to go eith is Hobbiton Tours. They are the experts!

Before you leave, have a drink in the Green Dragon Inn.

Hobbiton exceeded all my expectations and I only dream I can go back again one day. Next time though I’m hoping for no rain so I can take better photos!

Have you ever been to Hobbiton? 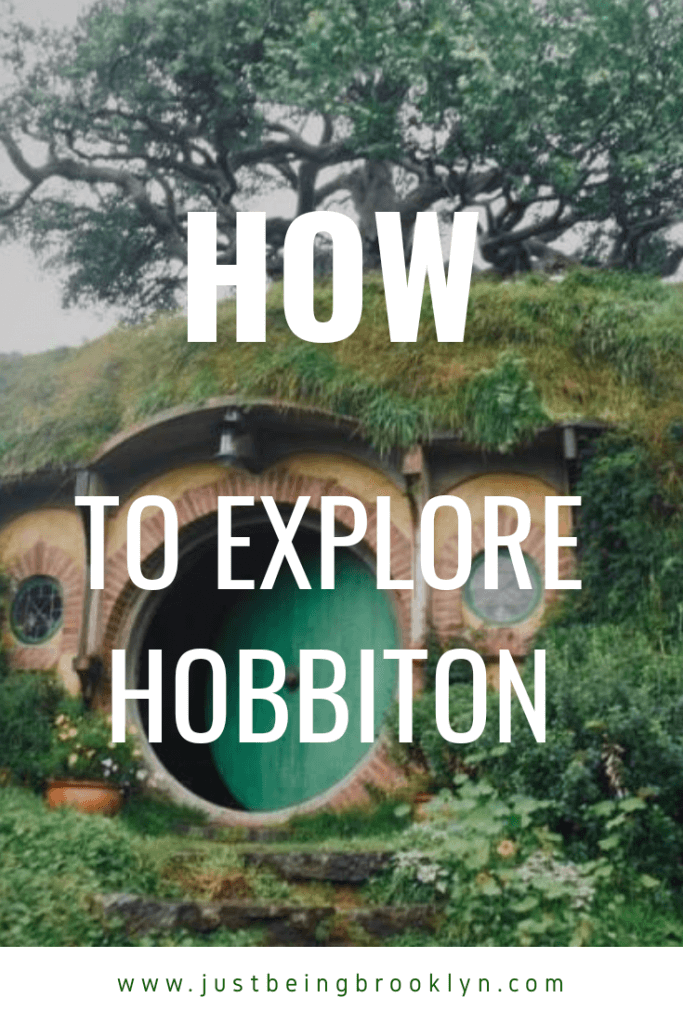