For my 30th birthday this year I knew I wanted to get out of the apartment and do something fun and a bit different. Enter Imagine Van Gogh Vancouver. This art exhibit was exactly what I was looking for this birthday!

So what is Imagine Van Gogh?

Imagine Van Gogh is an immersive art experience that allows you to walk through a room filled with floor to ceiling screens showing off the work of Vincent Van Gogh. Not only do you get to see beautiful art, you get to experience it while listening to music by composers Saint-Saëns, Mozart, Bach, Delibes and Satie. 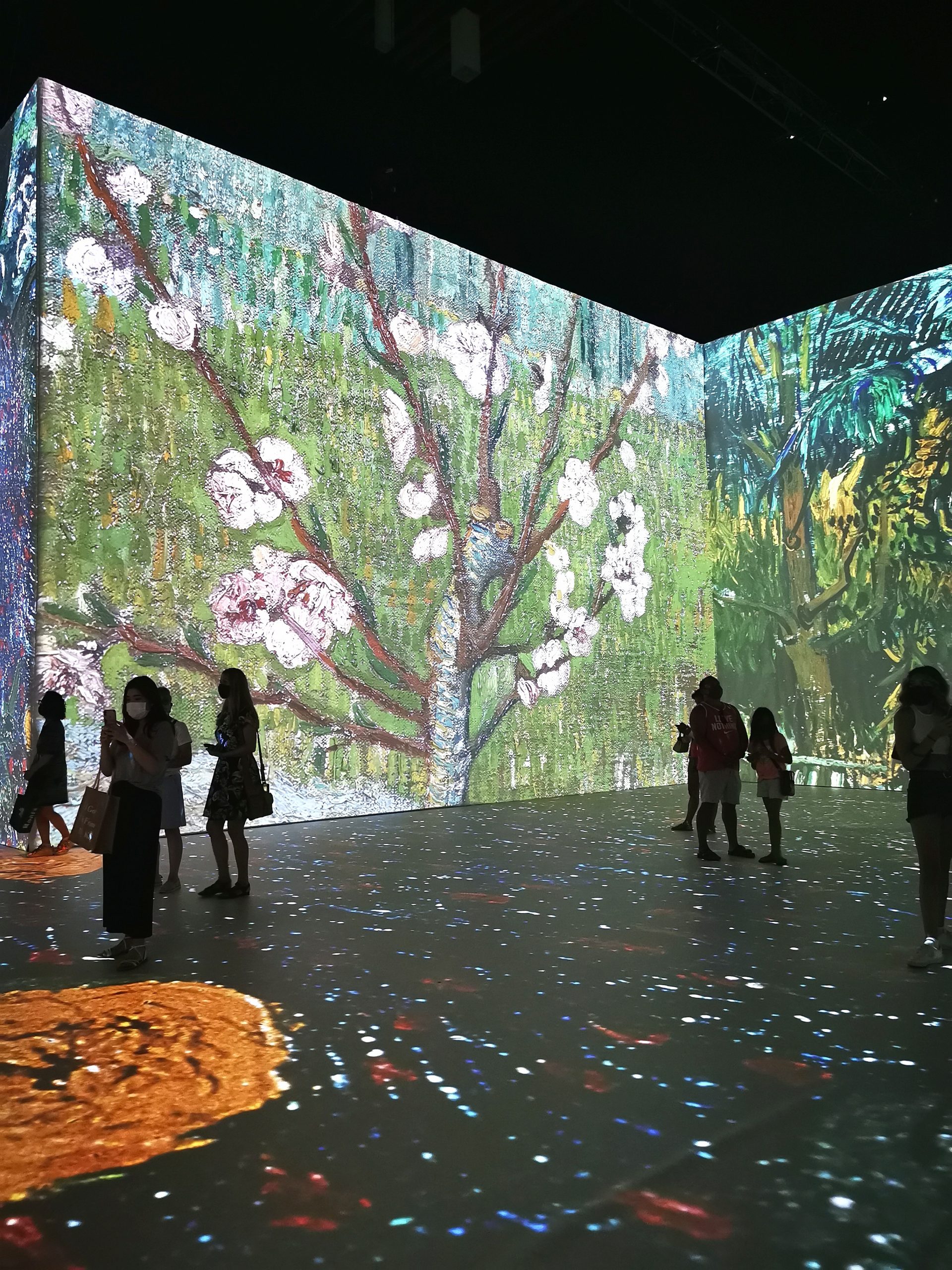 How Does It Work?

After sanitizing your hands, you walk into a darkened room called the Pedagogical room. In here there are about ten boards filled with information on the life of Van Gogh and his work.

After reading these boards, which really give you a better understanding about Van Gogh, you walk into the main exhibit room. You have an hour in here (although no one came to usher anyone out, people left on their own accord) to just be present and observe. 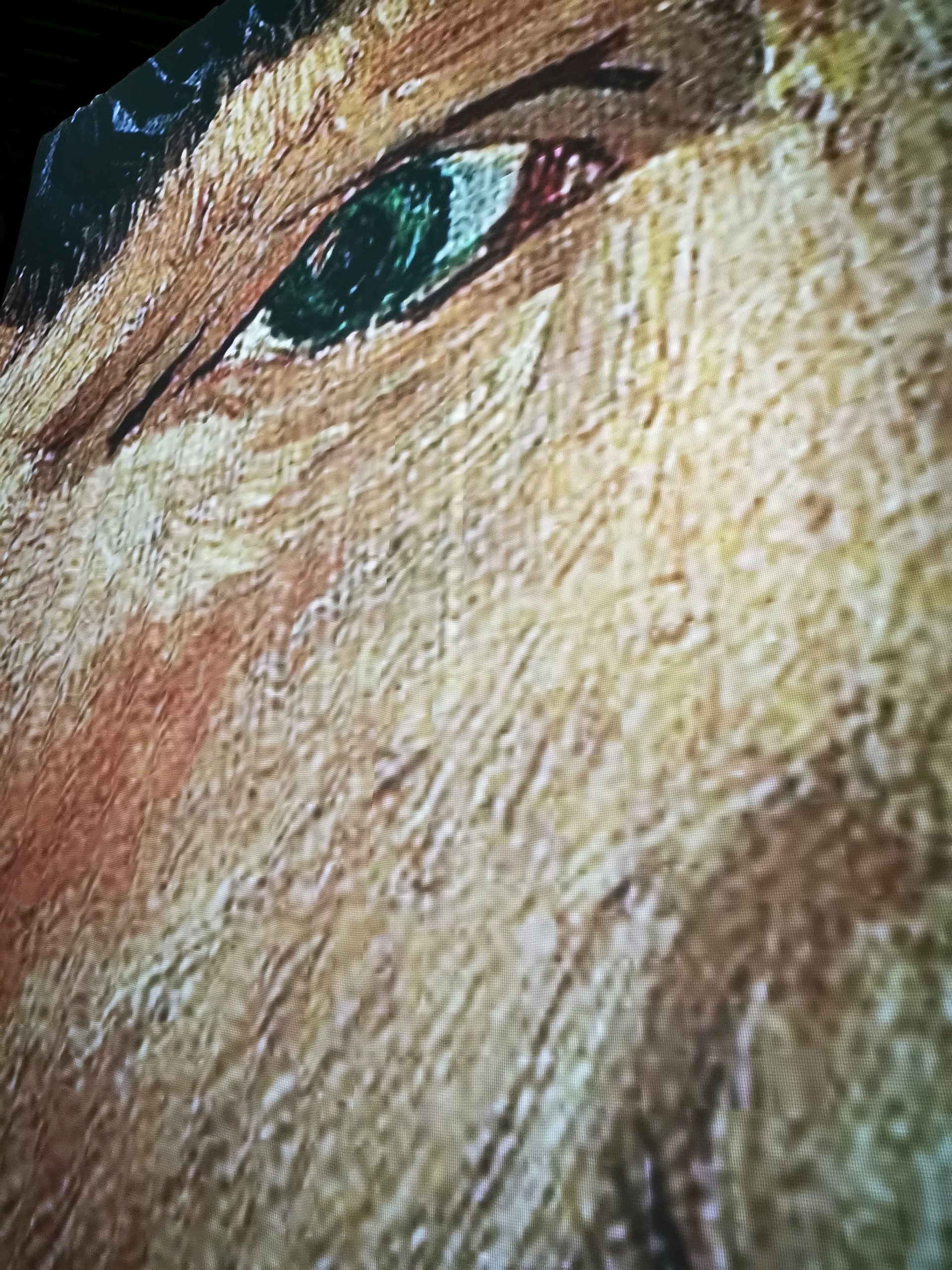 Who Was Van Gogh?

I’m sure you’ve heard of Van Gogh and his work. Everyone knows Starry Night. But did you know that Starry Night was painted while he was committed to a mental health facility? Some of his most famous works were painted there.

Born in Zundert, Netherlands on March 30th, 1853, he quickly showed signs of being a moody child. Named after his stillborn brother who was birthed exactly one year before him, he was very close to his brother Theo, who may have been the only family member to truly try to understand him. There were several letters of correspondence between the two on display in the Pedagogical room.

Before painting, he originally went to follow in his Protestant Pastor fathers footsteps and became a Protestant Preacher, going to preach the gospel to miners in Borinage. Van Gogh soon sympathized with the struggle of the miners, and began to paint pictures that showed the misery the miners felt.

Moving to Paris to live with his brother Theo, who ran a gallery, in 1886, he met other artists in the area. Becoming influenced by Japanese artists and impressionists, Van Gogh began to experiment with bursts of colour in his art. 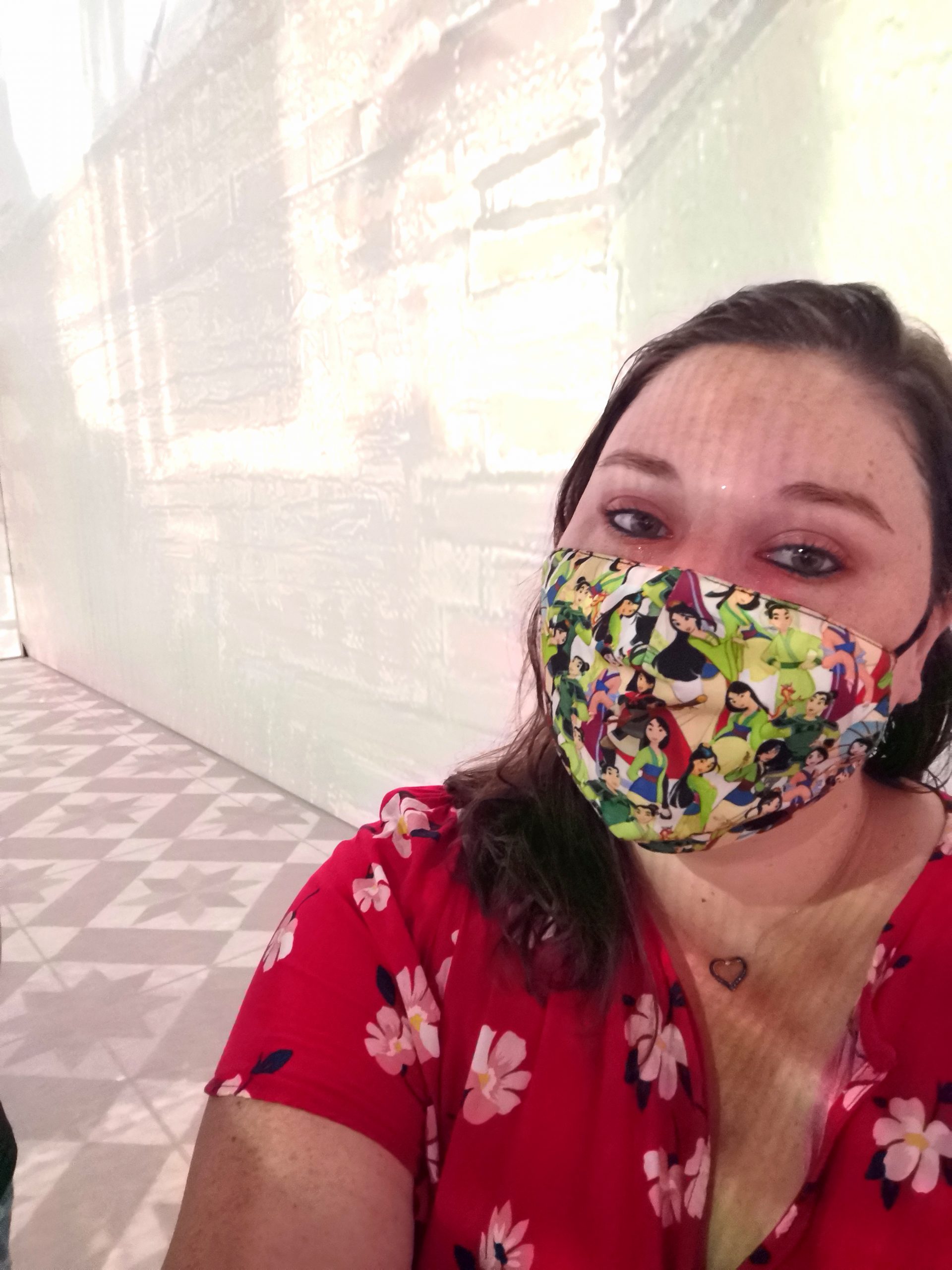 After Paris he moved to the South of France, in Provence, which gave him plenty of opportunities to paint the landscapes of the region. Next up was Arles, where he began to use brighter colours like yellow, green, and blue, and began to use more swirling brush strokes.

During the time in Arles, he invited a painter he had met in Paris, Paul Gaugin, to come stay with him. They worked together for less than two months before Van Gogh threatened to cut Gaugin with a razor. This night, Van Gogh famously cut off his own ear.

After this incident, he checked himself into Saint-Paul-de-Mausole mental health facility in Saint-Rémy-de-Provence. While here he painted around 150 paintings. He was even given an extra room in the facility to use as a studio, which I think is really cool of them to have allowed!

Van Gogh left the facility after a year, and spent the last few months of his life living about an hour away from his brother Theo, in the village of Auvers-sur-Oise, which was an artists village. After a visit to see his brother, Vincent returned to his village feeling really concerned over his financial affairs. After a lifetime of anguish, his time was up. He walked into a field and shot himself in the chest with a pistol on June 27th, and was able to walk back to his room. Theo rushed from Paris to come be with him, and Vincent died two days later from his injuries.

Even sadder, Theo, who had his own health issues, tragically died 6 months after his brother of a brain disease Dementia Paralytica. 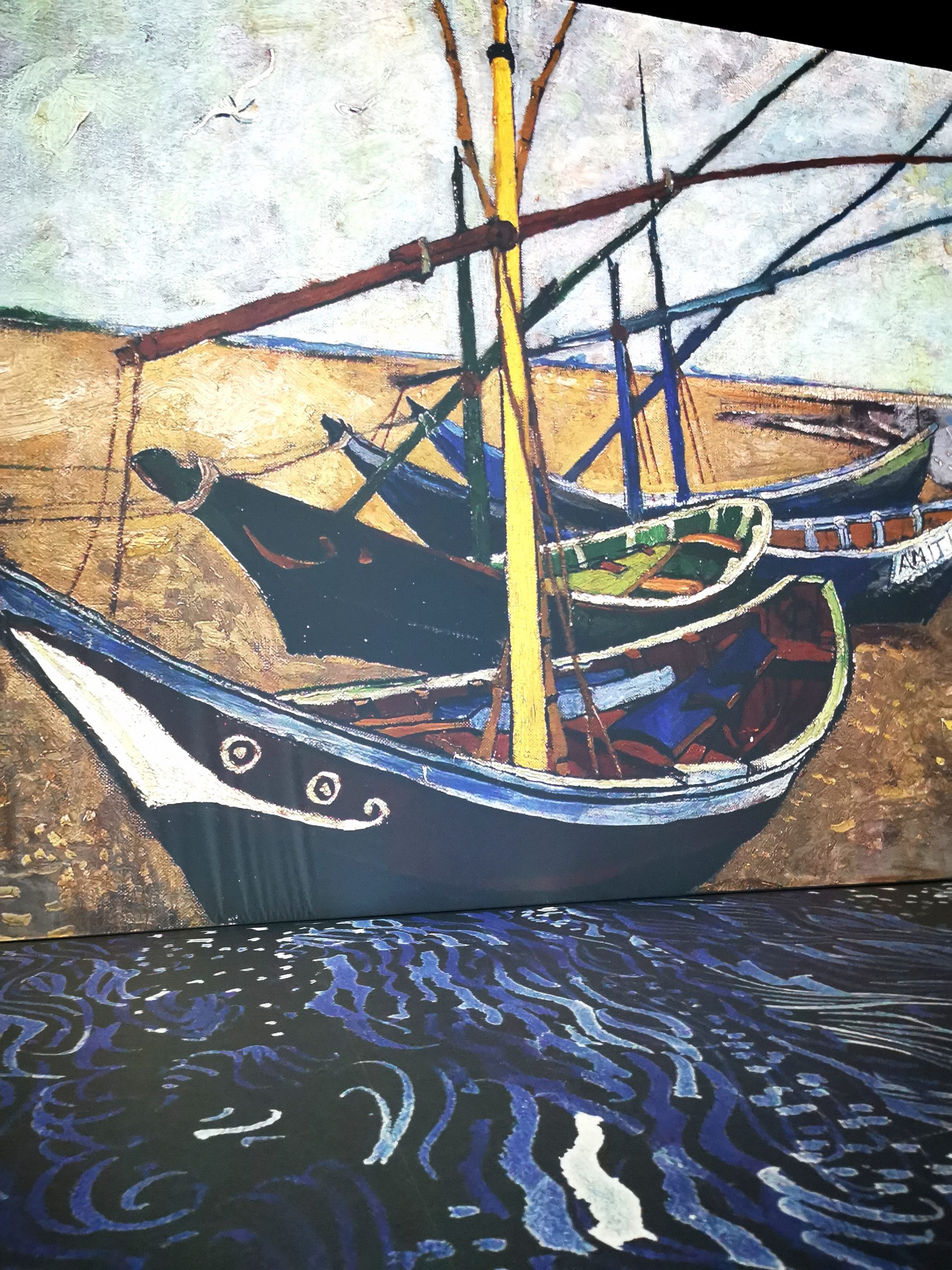 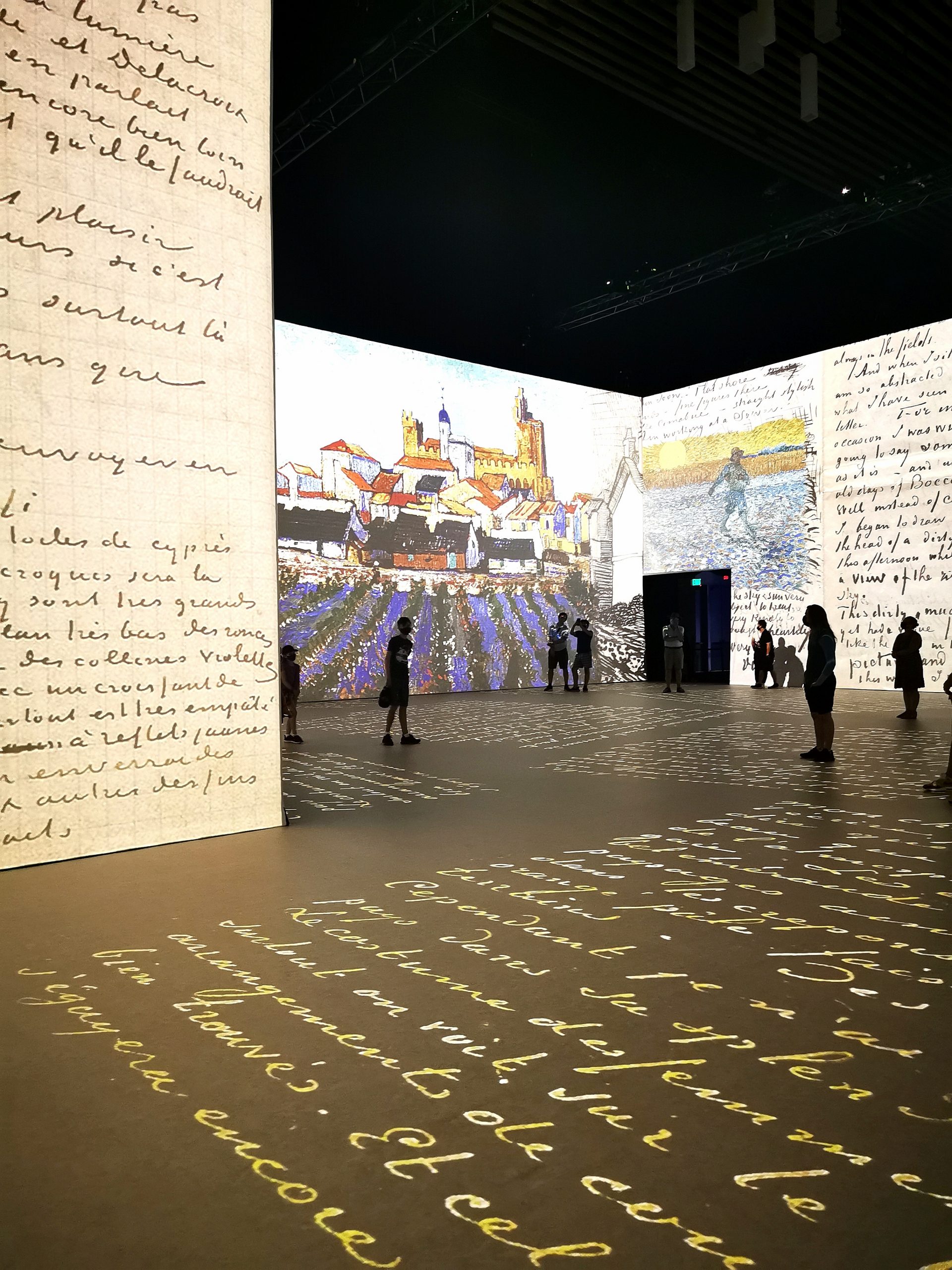 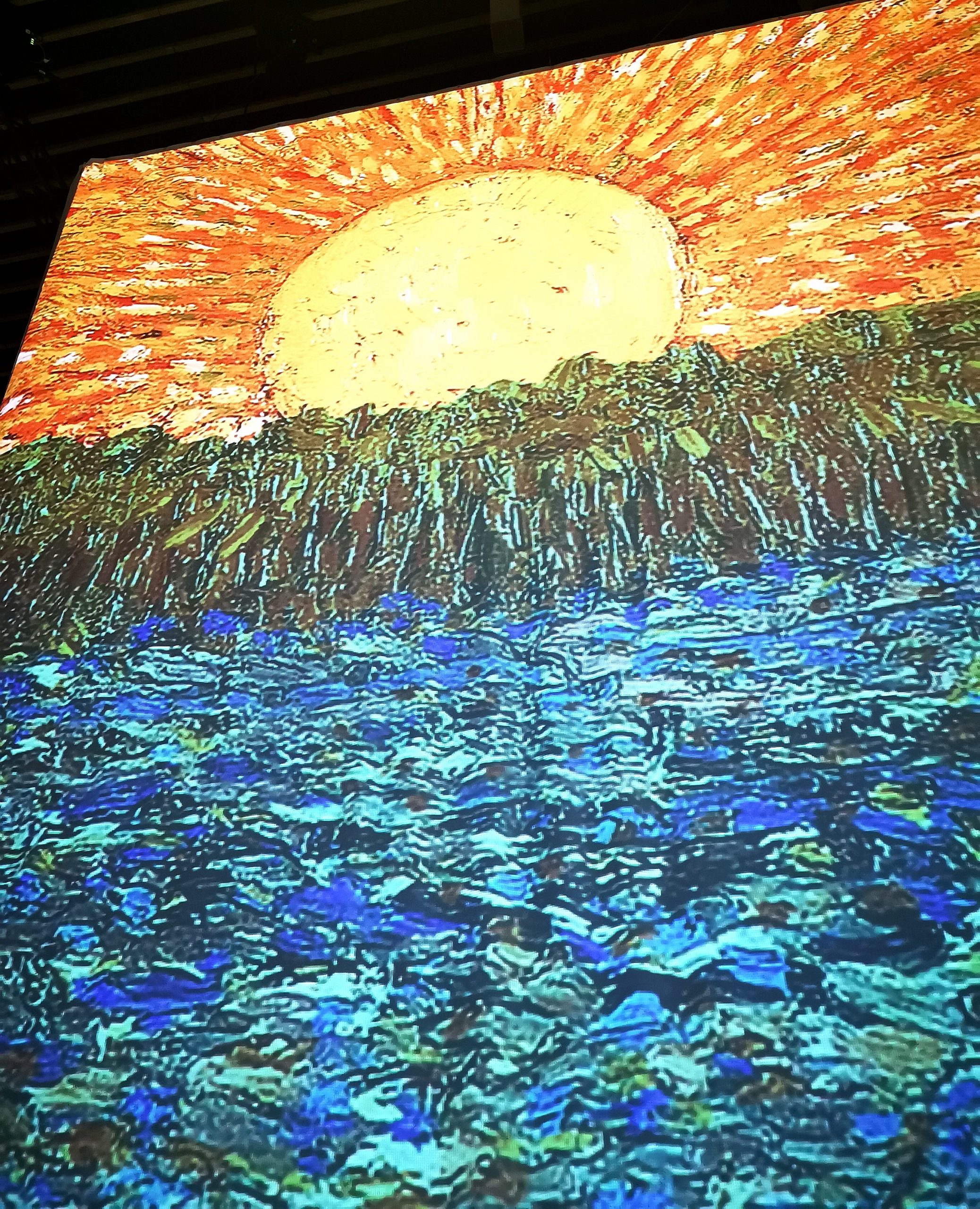 My Favorite Of His Works

Of course, like many others, I love The Starry Night, but others that really stand out in my mind are the Sunflowers, The Irises, The Blossoming Almond Tree, and my personal favorite, The Bedroom in Arles.

The Bedroom In Arles has three different versions, the second or third being my favorites. This bedroom was located in the Yellow House that he rented, and was supposedly painted after Van Gogh was stuck ill in bed for several days.

Which is your favorite? 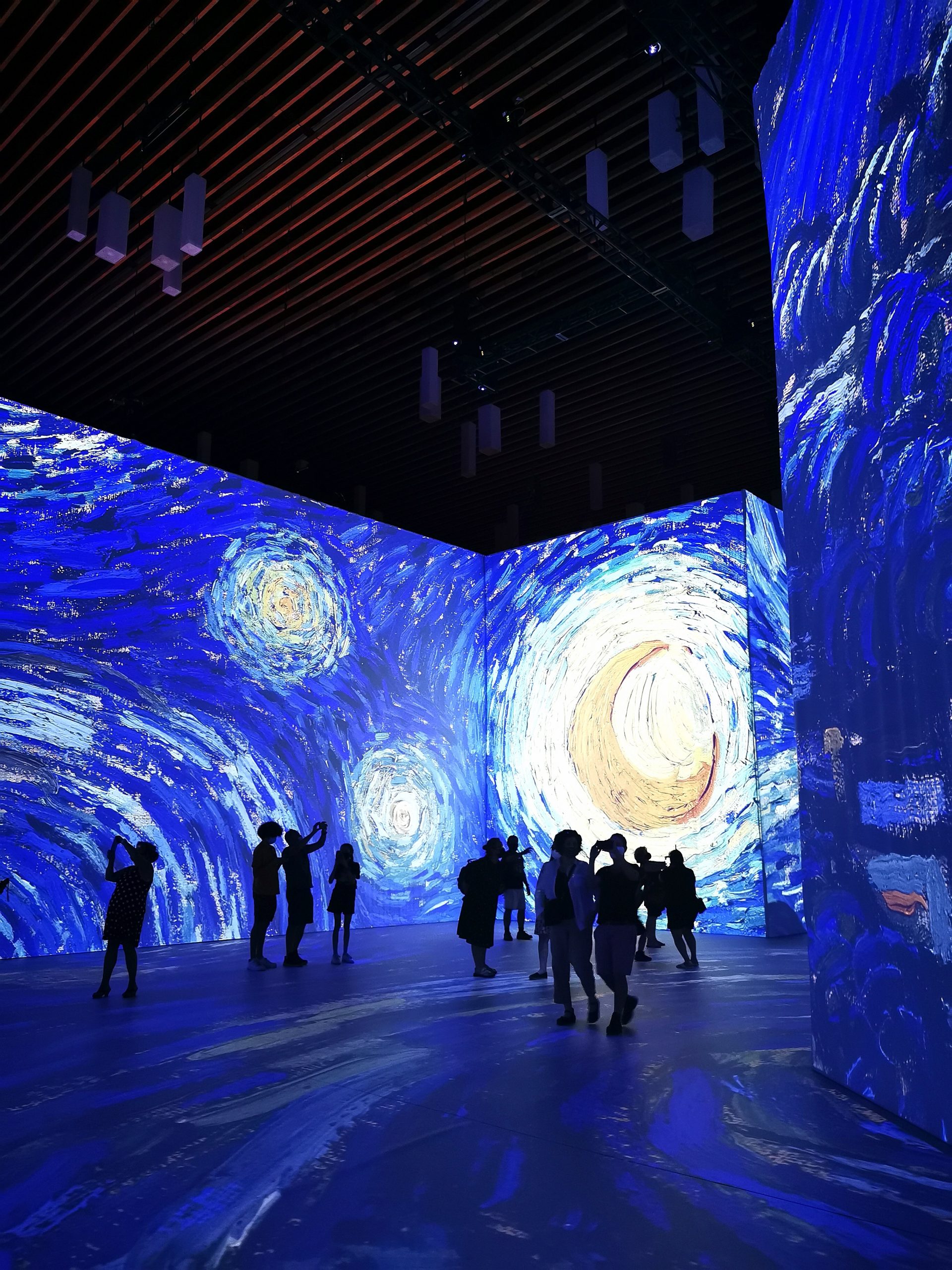 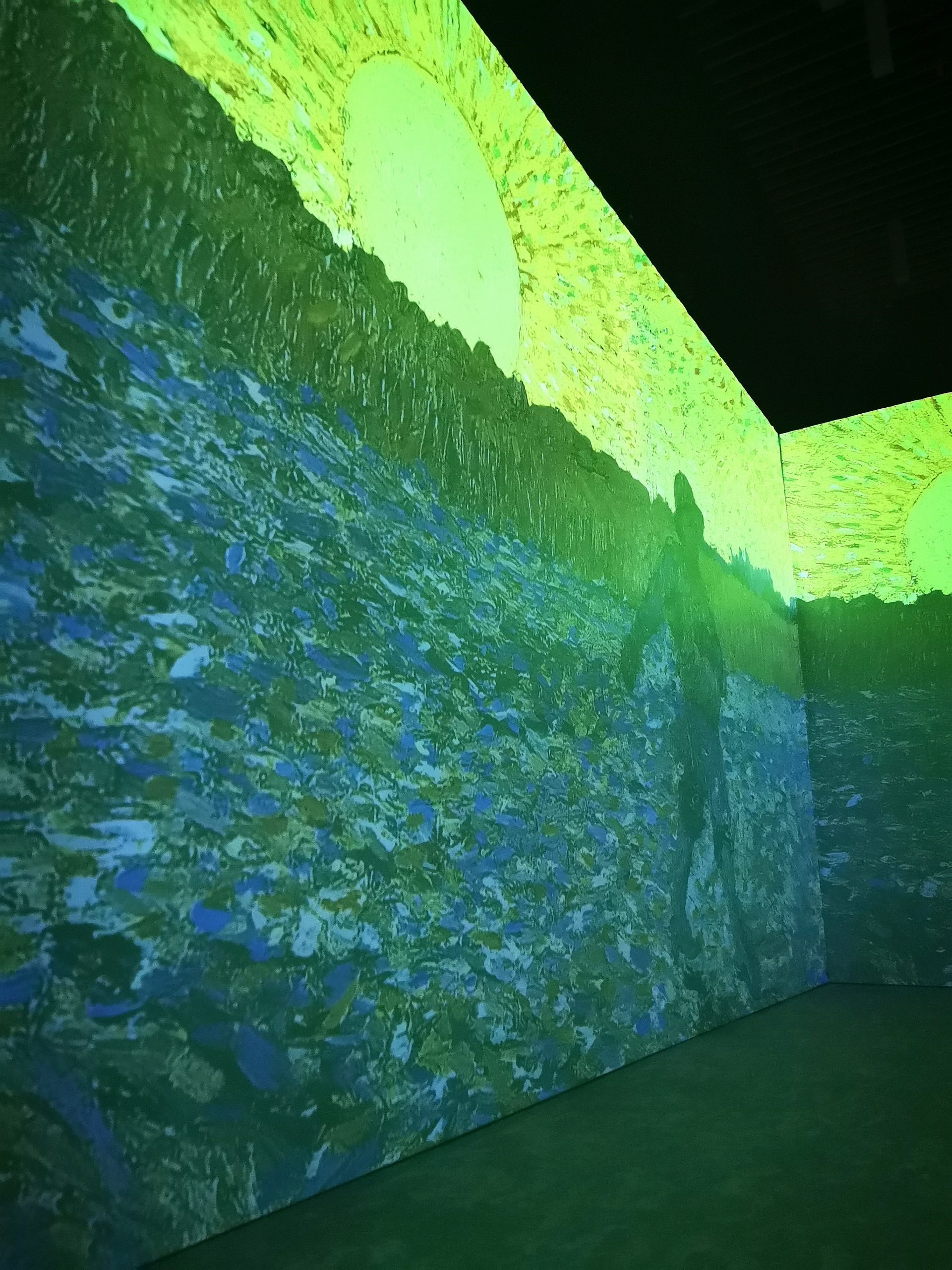 Need To Know Before You Go To Imagine Van Gogh Vancouver

You must purchase tickets online beforehand – they are not sold at the door.

Please don’t purchase a 2 pm ticket then try to show up at 1 pm, like several people during my time slot. It’s a timed entry, so that way social distancing measures can take place. Let’s not be rude to others 🙂

Tickets are non refundable, and once you leave, there is no re-entry, so make sure you’re thoroughly finished before exiting.

Children under 3 are free!

I know a few children who have gone and loved it, but I also saw children inside who were not at all interested and were running around. If you plan to bring a child, make sure they aren’t disrupting the experience for others. Not all kids want to stand in a room listening to classical music and admiring art (but some do!).

I absolutely loved doing this and would gladly do it again! It felt safe, people kept masks on (mostly) and wasn’t too crowded, due to the timed entry tickets.

I commented that I would love nothing more than to put a big fluffy bed in the center of the space, lay back, and just be completely immersed. It was such a lovely and relaxing activity. 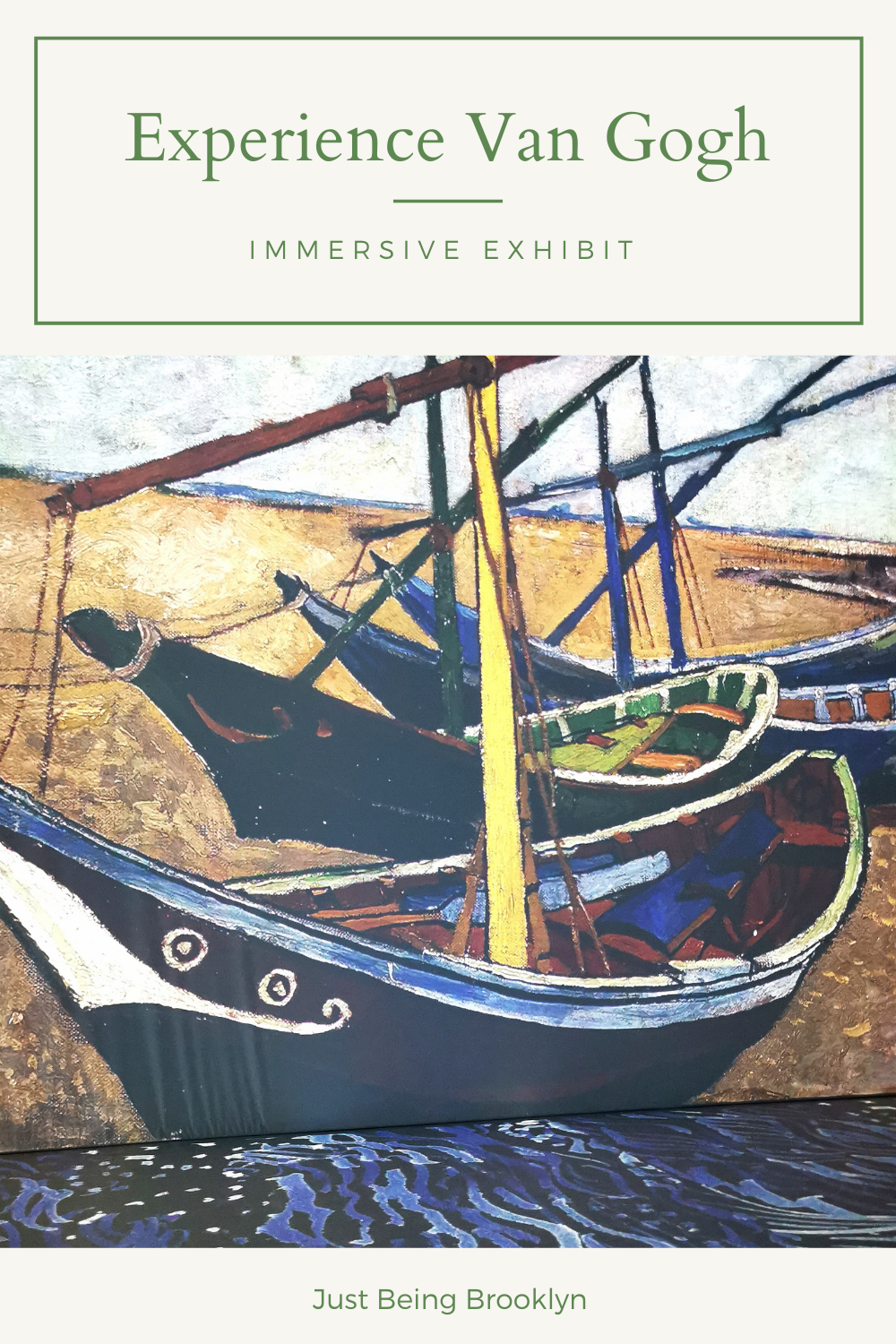