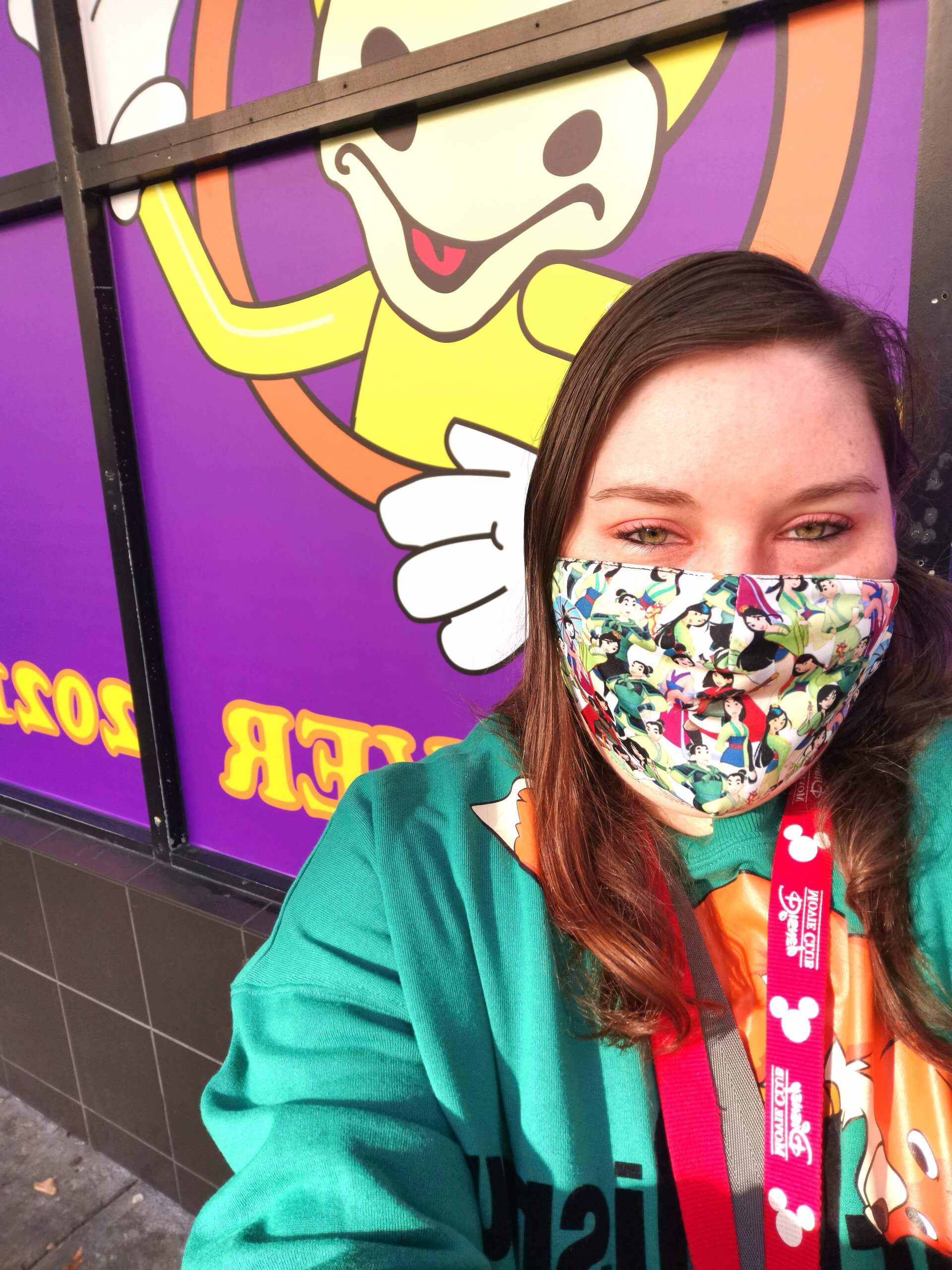 I was first introduced to Kevin Smith when I was 11 years old. I went over to a friend’s house and her older brother put on Jay and Silent Bob Strike Back. I became a life long Kevin Smith fan that night (and also have had a crush on Jay ever since!). Honestly, I cannot count how many times I have watched Jay and Silent Bob Strike Back.
My boyfriend loves Kevin Smith even more than I do, and we have watched most of his movies together. We often have Kevin Smith nights where we watch a few of his movies, talks, or Comic Book Men.
When I found out that Mooby’s, the fictional fast food restaurant in several of his movies, was having a pop up in LA, I was so jealous. The photos looked fantastic! And exactly like the Mooby’s in the movies.
Kevin Smith loves Vancouver. He came to school here and has loved the city ever since. So of course the Pop Up came here too! I bought tickets as soon as I could, and we went on the first day.

Mooby’s Pop Up In Vancouver

We took an Uber to the restaurant where the pop up was, which was at Dublin Calling Pub, on Granville street. Once there we were greeted with this brightly colored sign announcing the pop up, and for all of the original Clerk fans, this I Assure You We’re Open sheet was hanging to one side! 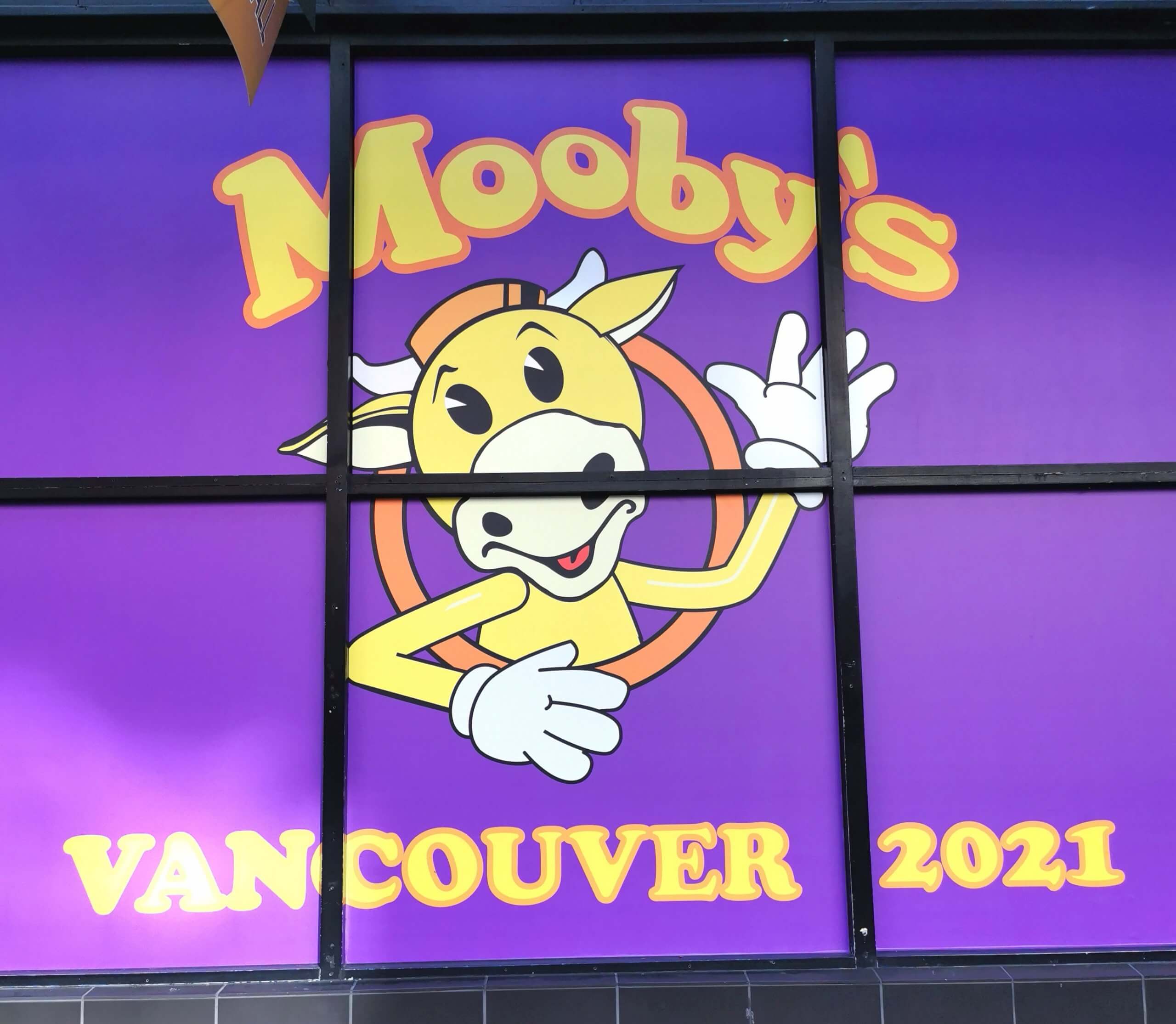 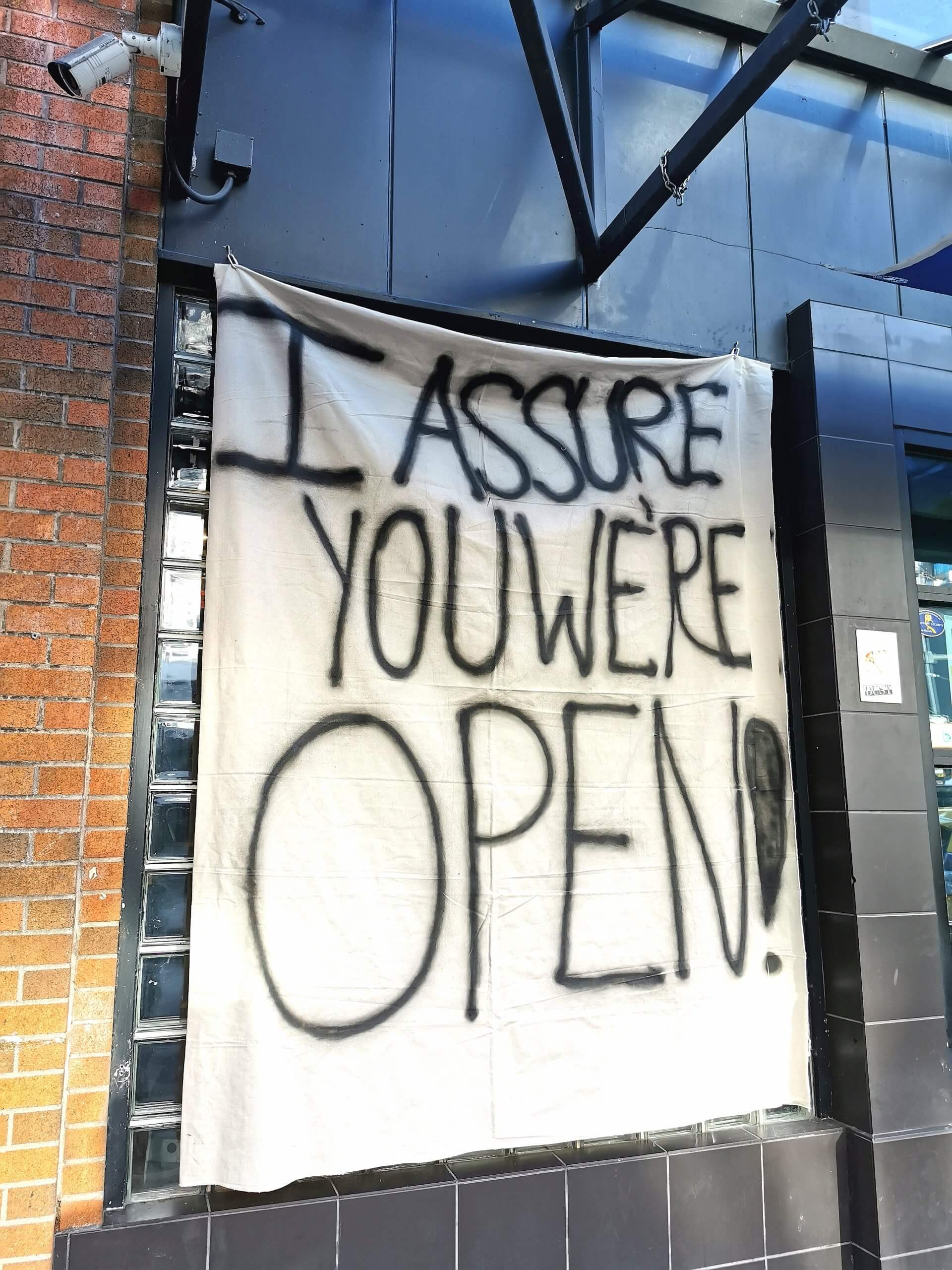 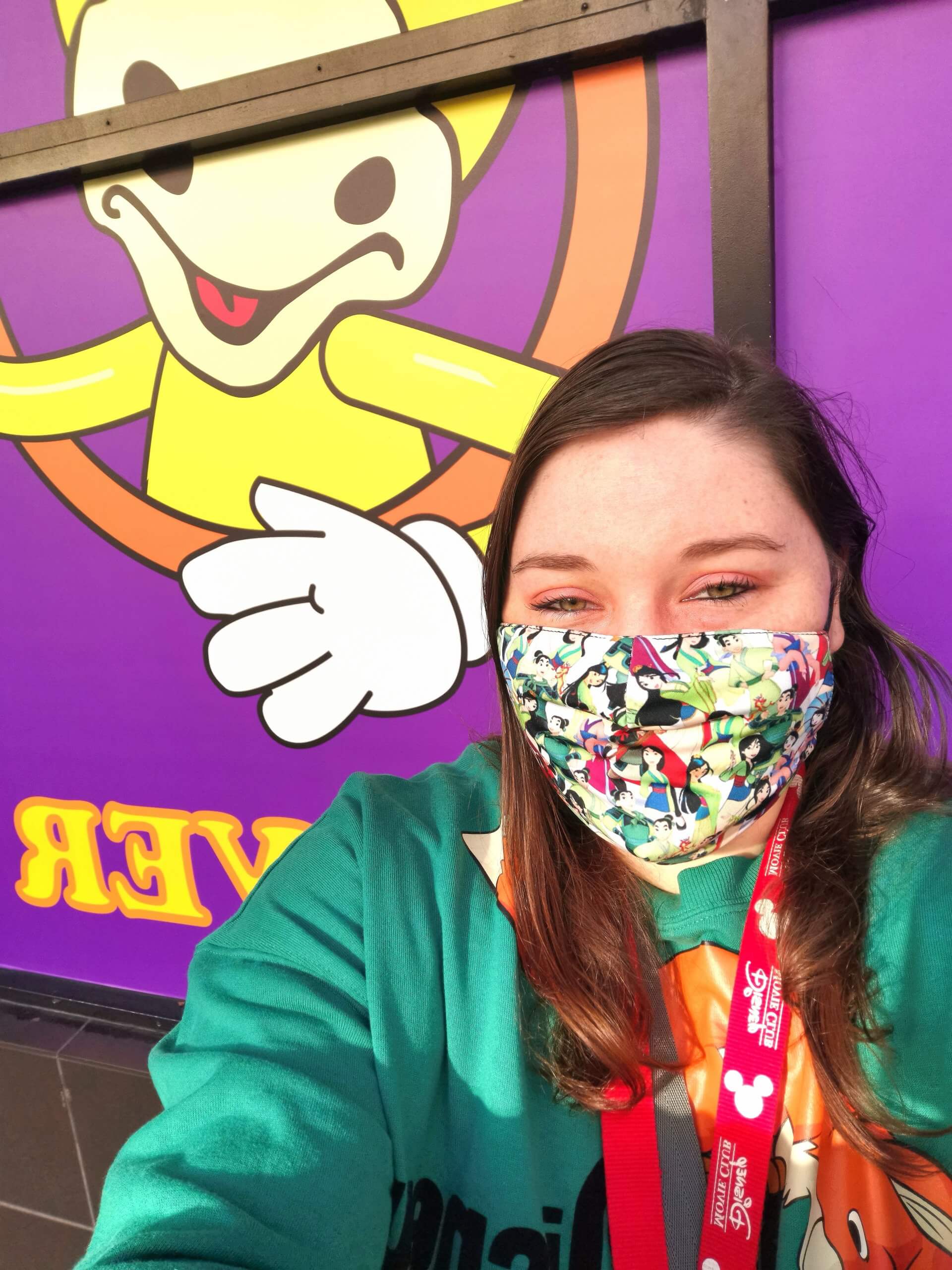 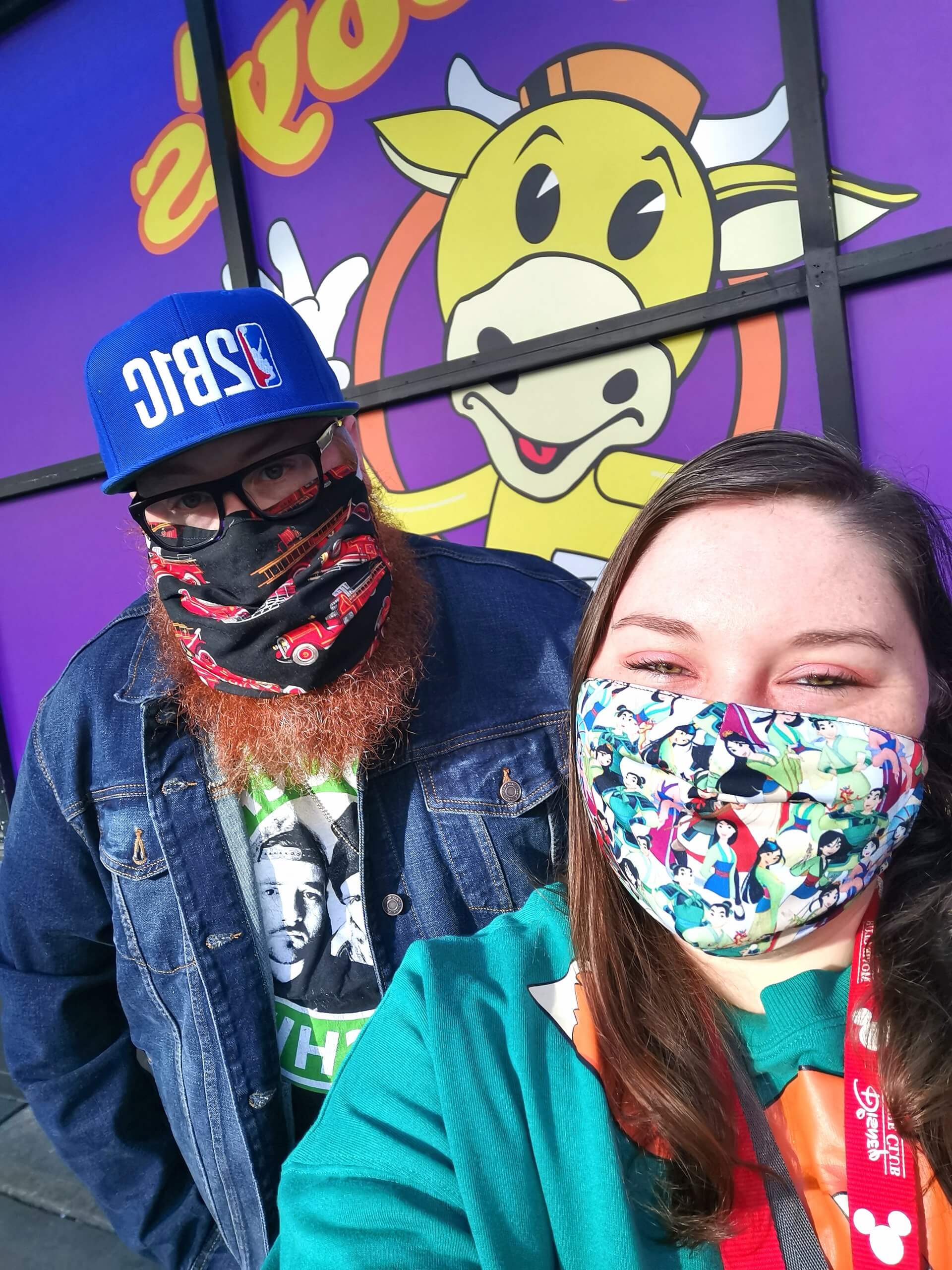 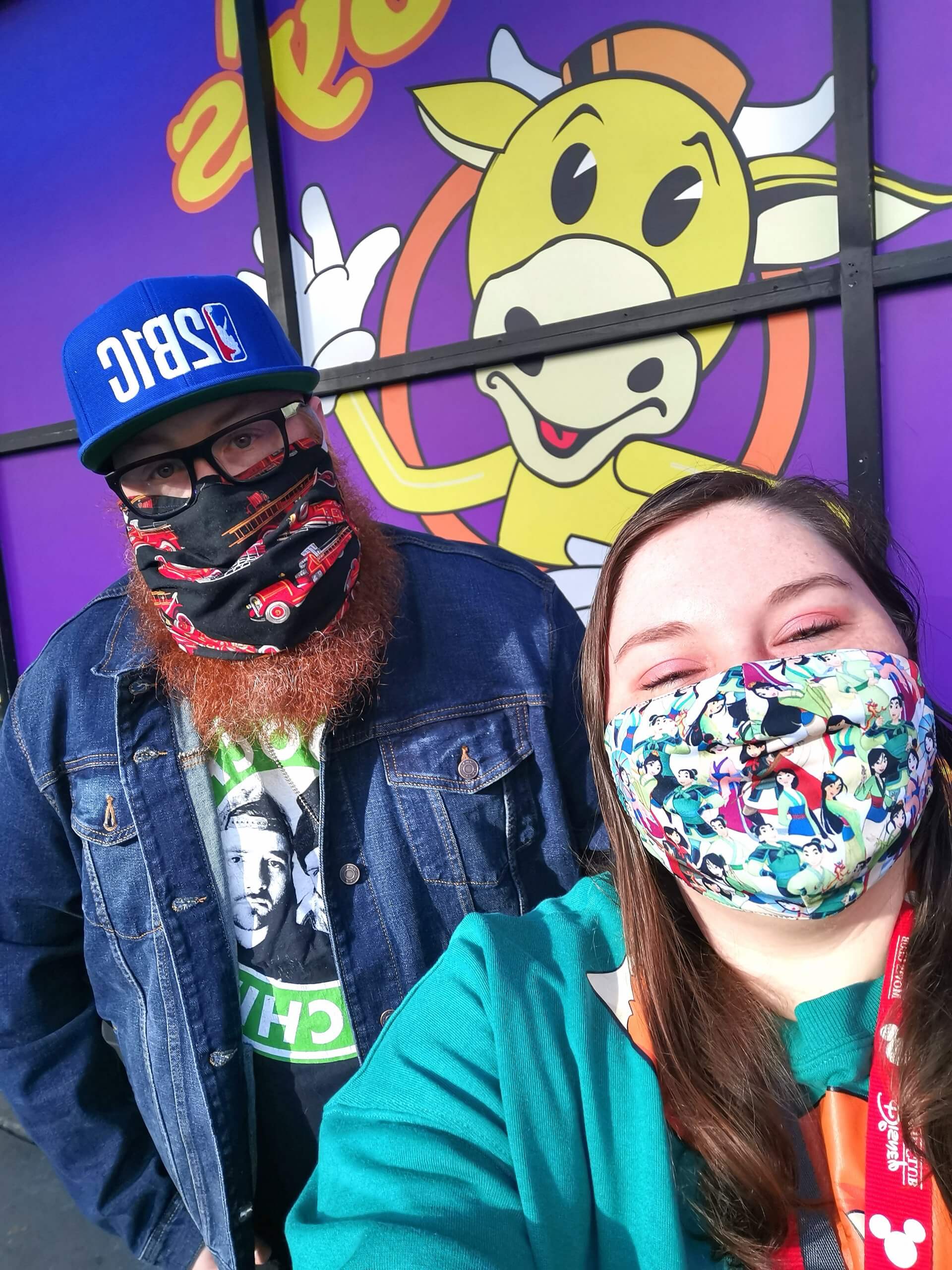 For a girl who rarely takes selfies, I was so excited to be out of the house (you get it, I’m sure) and at the pop up that I just couldn’t stop. 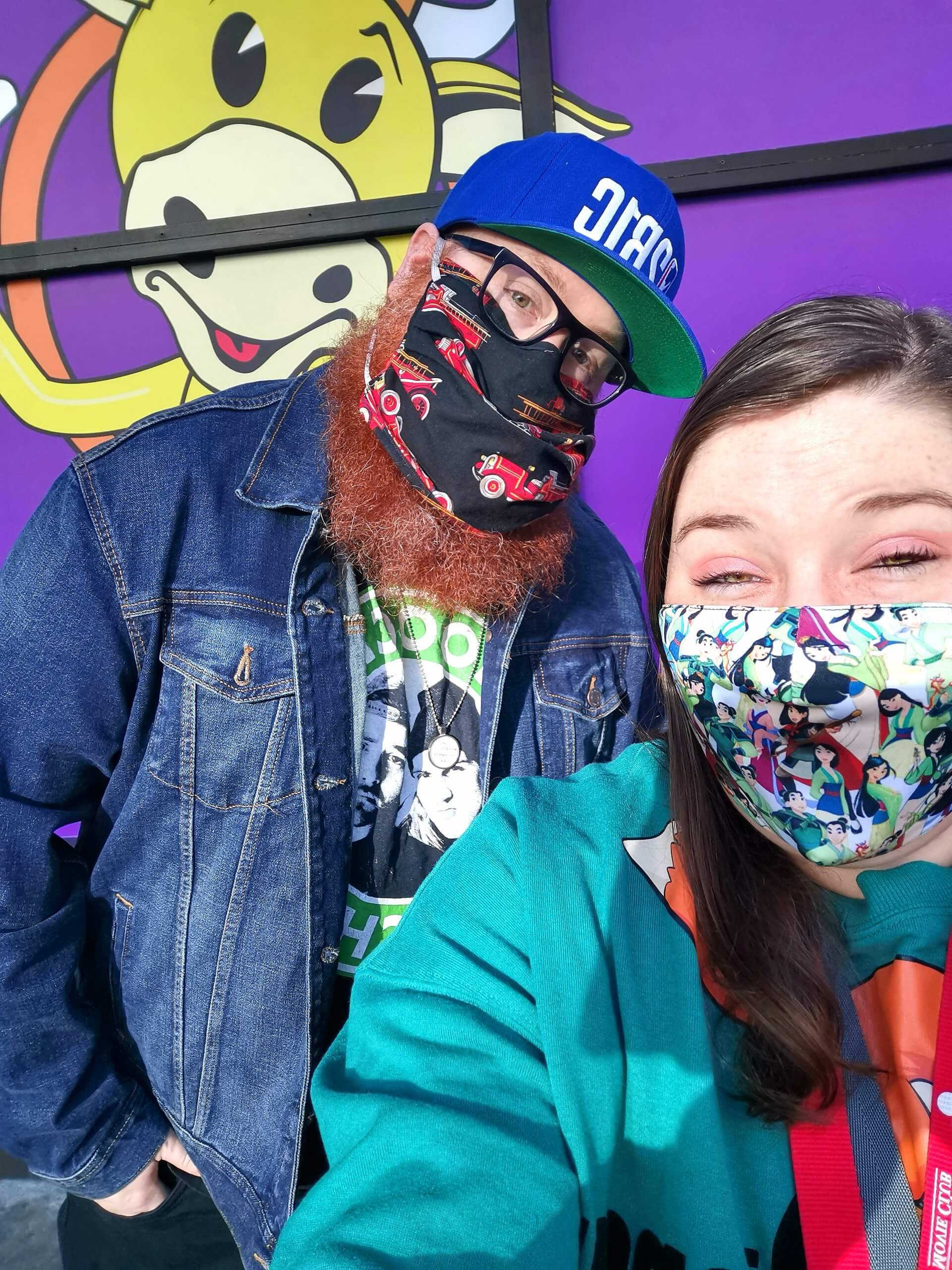 See the sun blinding me? Still wouldn’t stop!
We stood outside to wait for our turn to go inside. Due to Covid, we were unable to eat inside, so this was a grab your meal and go situation. We were given 10 minute time slots with a few others to go inside, grab a few pictures, purchase merchandise if you wanted to, and grab your food and go. 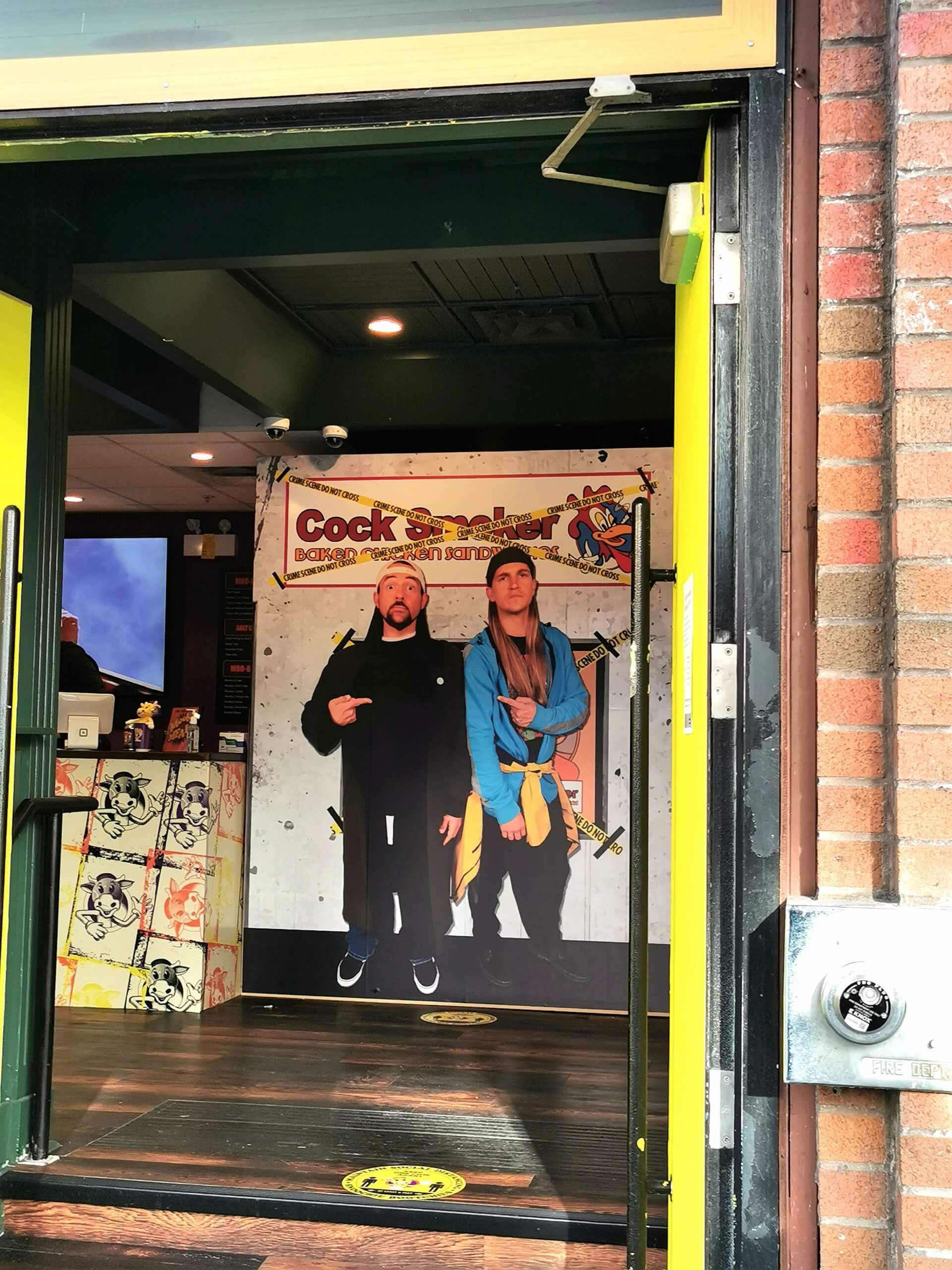 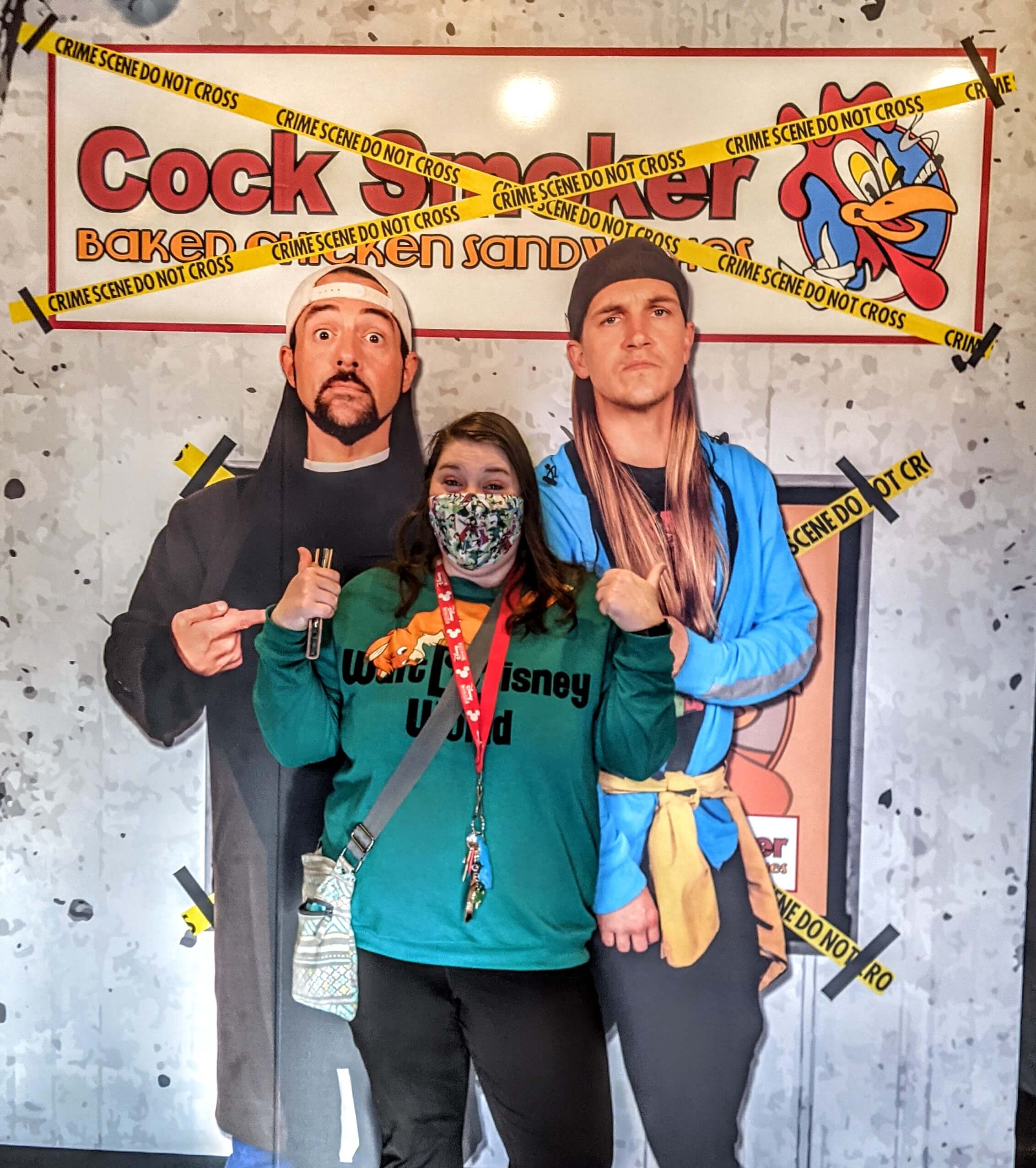 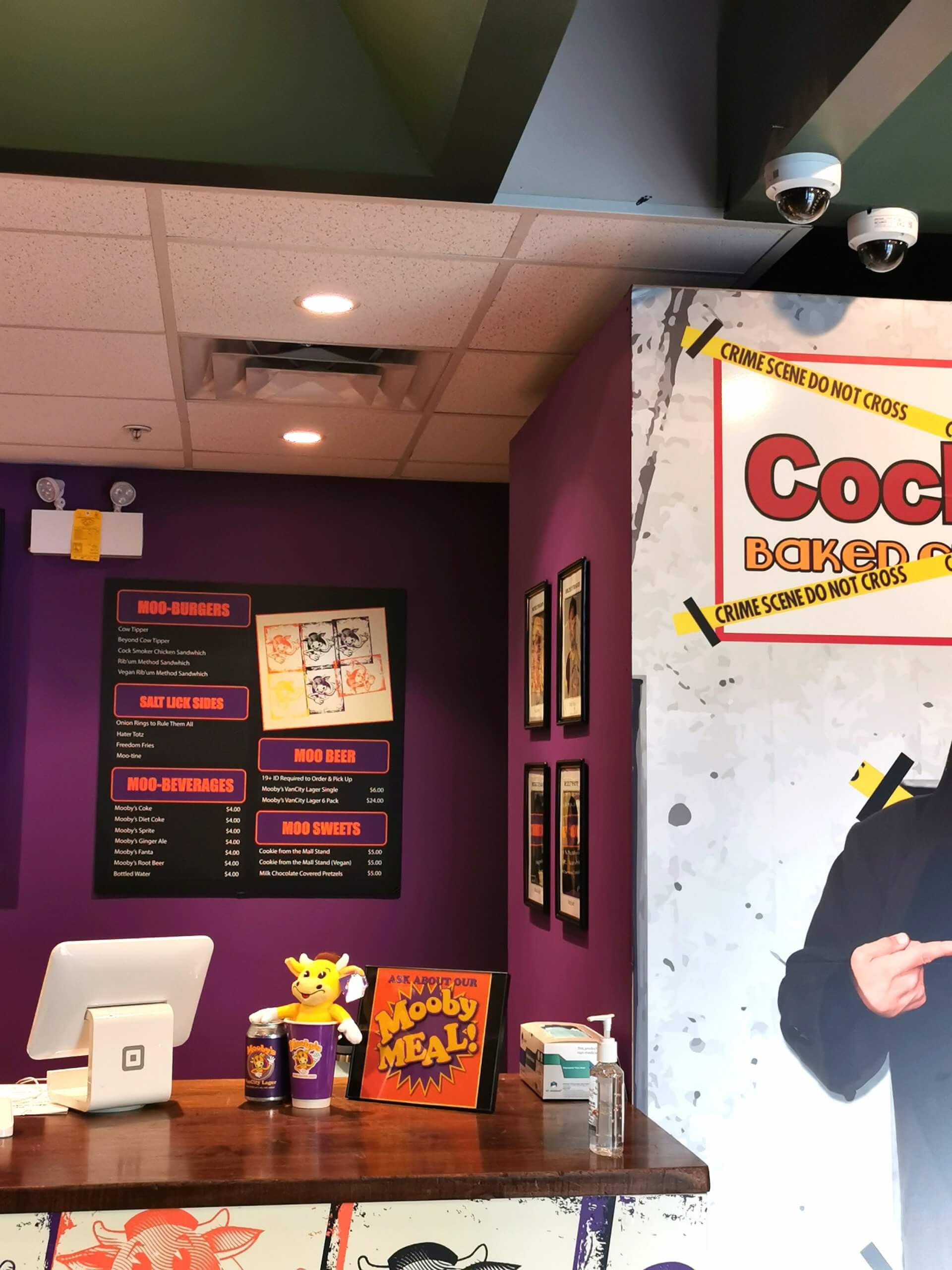 Included with your $22 ticket was your meal; a burger and a side.
We ordered the Beyond Burger Cow Tipper (vegan) × 1, Hater Totz (vegan) × 1 for me. Since Kevin Smith is a vegan he of course had to include some vegan options.
And the Cock Smoker Chicken Sandwich × 1 and Hater Totz × 1 for Scott.
The drinks were $4 each, which I think is pricey for just a can of pop in a Mooby’s cup. I think if I could go back I would have just gotten one drink, especially since I’m not a huge pop drinker. We saved one of the cups and have a Silent Bob action figure in it. It’s cute.
And then for $10 you got two cookies, but being the experience fans we are, we each got two.
So basically we spent $20 for 4 cookies, making this an expensive date night, but HEAR ME OUT. THOSE COOKIES WERE DELICIOUS AND I WOULD GLADLY GO BUY FOUR MORE IF I COULD! No regrets. 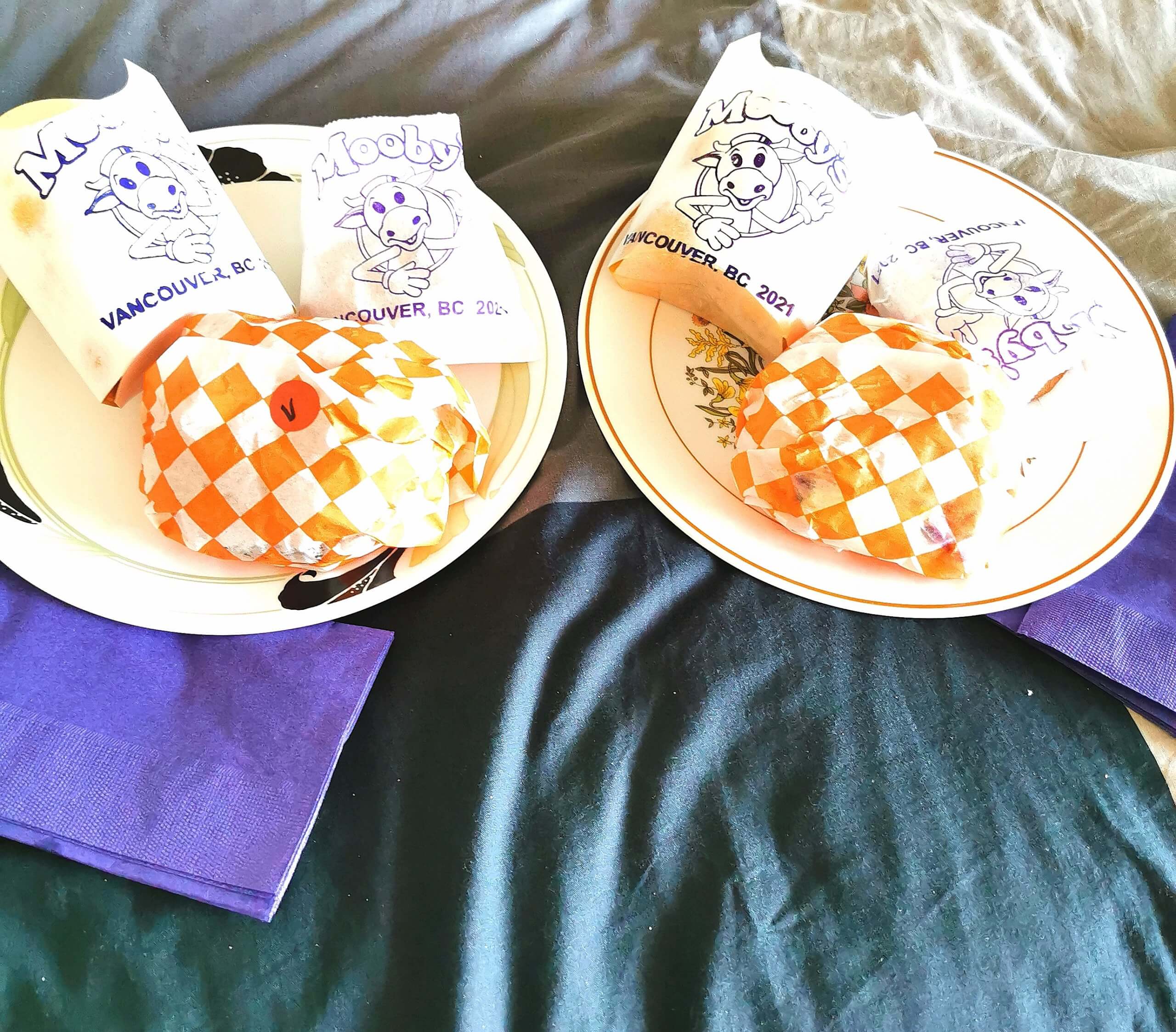 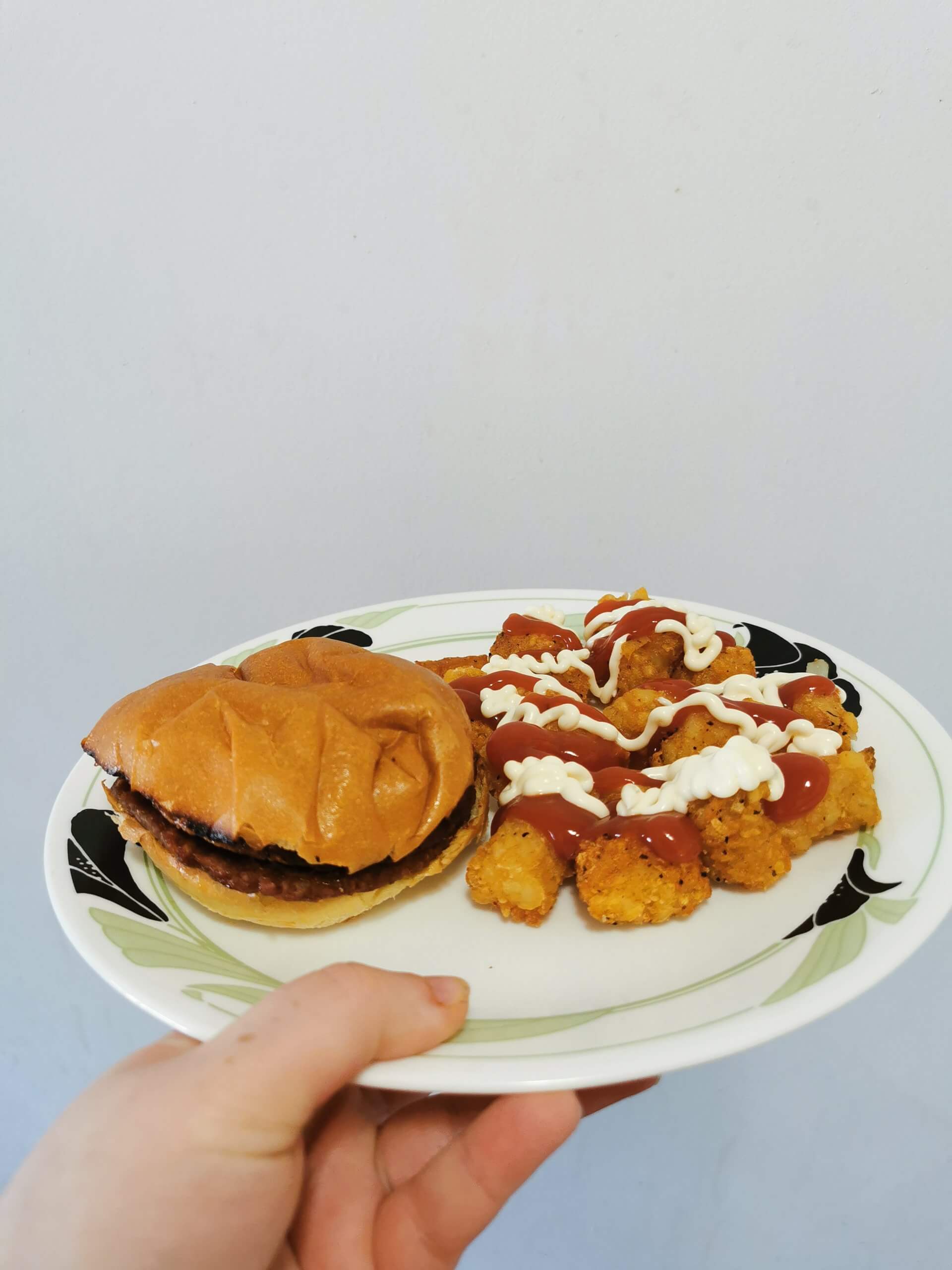 Both Scott and I agreed that our meals were really good, and if Mooby’s were a real restaurant, we would definitely be eating there (assuming it wasn’t as costly).
However, I am a strong believer in paying for great experiences, and this absolutely was one.
We were home within minutes, where we turned on the most recent Kevin Smith movie, Jay and Silent Bob Reboot (which is amazing and perfectly nostalgic if you haven’t seen it!) and sat down with our food. The food was all delicious, but special shout out to the Hater Totz and the cookies.
After finishing the reboot, we watched Clerks II and called it a night.
Going to the Mooby’s pop up in Vancouver was so much fun. Thank you Kevin Smith for creating this amazing, quirky, and delicious fast food restaurant, and making it come to life for us die hard fans. We had the best night eating our Mooby’s meals and watching some Kevin Smith.
Snoochie Boochies! 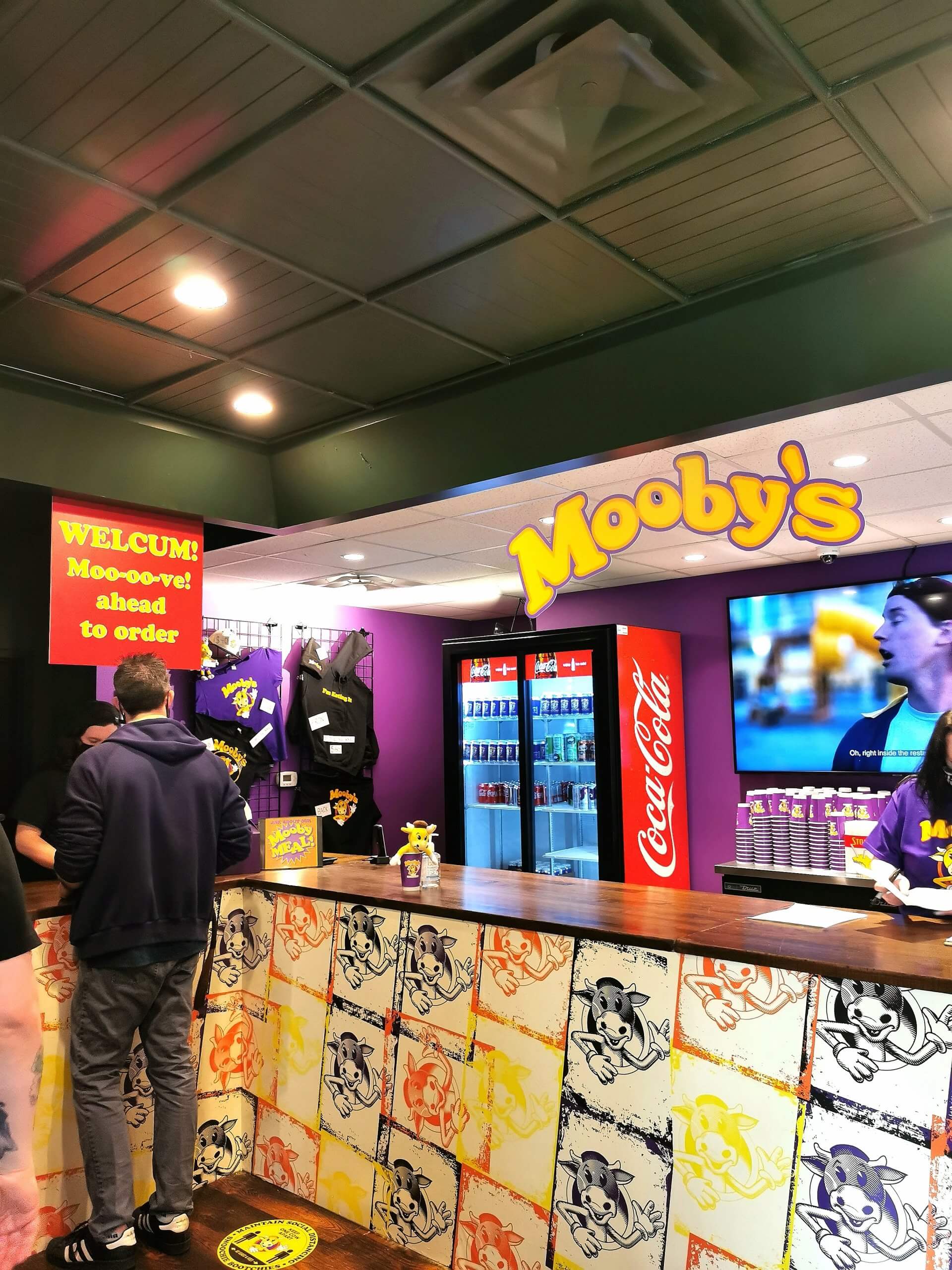 670 Smithe Street, Vancouver, BC V6B 1E3. Close to the theatres in the heart of downtown Vancouver is Dublin Calling Pub, but for a short time we can happily refer to it as Mooby’s Vancouver!

When you purchase your tickets online, you preorder your meal. This helps with time efficiency. The menu has a few different burger options, and some sides, such as onion rings to rule them all and Hater Tots. I really appreciate that they have vegan options on the menu! How exciting to be able to enjoy a vegan cow tipper! Since the pop up is only two weeks, I was glad to order the tickets in advance. When this post goes up there will be one week left for the Mooby’s Pop Up in Vancouver. But it’s been great seeing more cities having pop ups announced! If you get the chance to go to one and are a Kevin Smith fan, then I promise you, it’ll be worth it!