From mountains to oceans, from desert to beaches, from the great lakes to polar bears, from huge cities to dinosaur bones, Canada has a lot to offer. No matter what type of traveler you are, Canada is the ideal destination. Though I’m Canadian born and raised, this country is vast, and there is so much on my Canadian bucket list.

The number one spot on my Canadian bucket list has long been held by Churchill. In the province of Manitoba, each seasons offers something different here.

From June to September you can see beluga whales take over the waters, coming in from the Hudson Bay. Due to there being so many pods, Churchill has claimed the title of Beluga capital of the world.

Come winter time, one of the best places in the world to catch the Northern Lights is in Churchill. So basically, if I could just move there for a year to experience all of these, that would be fine by me.

The smallest of the 3 Canadian Territories, the Yukon looks stunning. The landscapes I’ve seen photos of are just unreal, such as Tombstone Territorial Park, Emerald Lake, Dawson City. Klaune National Park has the highest peak in Canada, the largest mountain range in the country (St. Elias Mountains), and Mount Logan is the largest mountain in Canada. If that isn’t worth the trip yet, Kluane National Park is home to so much wildlife, including timber wolves, grizzly bears, wolverines, mountain goats, Alaskan moose, caribou, lynxes, otters, and so much more.

Dawson City (home of The Great Canadian Gold rush) is where you can even try panning for gold! I love history and think that the Yukon would be the perfect place to learn more about Canada. This territory is rich with First Nations culture, and somewhere I need to spend some time!

The last province I need to visit is Newfoundland, and when I think of Newfoundland, I think of St John’s. St. John’s is the most Eastern city in North America (but not including Greenland). If you’ve ever seen the pretty colorful houses in photos of Canada, they are most likely from St. john’s Jellybean row. Isn’t that the cutest name?!

I’d also love to check out Signal Hill. Signal Hill is significant because the final battle fought in The Seven Years War took place on Signal Hill, and it is now a National Historic Park.
A fun fact about St. John’ is that it is the oldest European settlement in Canada! I love fun facts such as that one.

Another Newfoundland location, this UNESCO World Heritage Site is one of 20 in Canada, and is famous for the fjords and mountains. If fjords aren’t enough, there are cliffs, the second highest Canadian mountain peak is here (I’m sensing a theme here…) bogs, beaches, incredible rock formations. And the wildlife. If you are into wildlife, that’s reason enough to go. Many people will spend a few days here, just to take it all in. Google images for Gros Morne if you want to be left in awe.

Specifically in winter for the winter carnival, Carnaval de Quebec. Quebec city in winter looks absolutely charming, like a winter wonderland. Have you ever heard of an ice hotel? Every year the Hotel de Glace is rebuilt with a different theme, and is only located 10 minutes from the city. With 44 rooms, you can stay overnight in a room, or just visit during the day.

Canada is such an incredibly diverse and beautiful country, I am so lucky to call it home. The photos in this post are from some of my favorite Canadian adventures so far.

Where in Canada do you most want to visit?
What do I need to add to my Canadian bucket list? 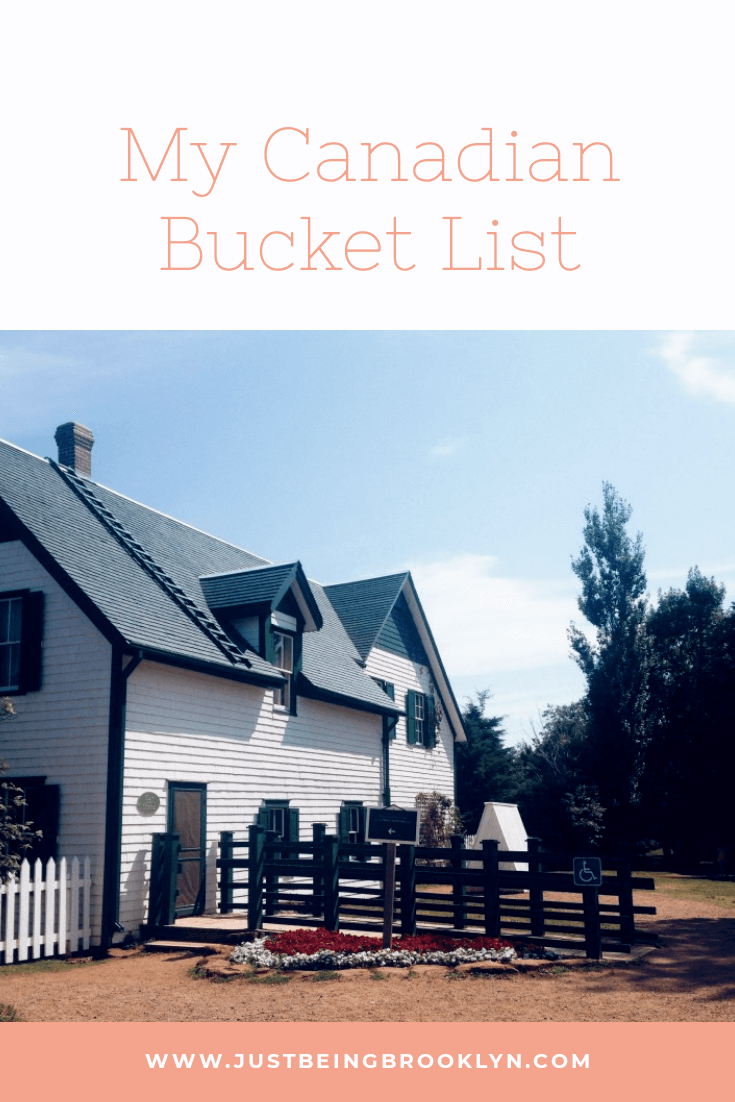