I know so many people are obsessed, all of the Twitter hashtags are proof, but it just has never done it for me.

But Scott loves football, and I figured maybe this year should be the year I actually watch the Superbowl, and not just the halftime show.

We made various plans with people from Scott’s work, but all we knew for sure was that Scott, Rob and I were for sure meeting up around noon.

The week before I had asked a few places if they were taking reservations for the game.

Everywhere said no, it was first come first serve.

So we met up at a Boston Pizza. We had called just before arriving and they said to hurry up, because it was filling up fast.

Turns out the place was reserved…

We spent about half an hour wandering around downtown and ending up on Granville street. Everywhere was booked up or looked really sketchy.

We were about to head back to Speakeasy when we walked past a hotel called The Edge, and after nearly walking past it we decided to check it out. 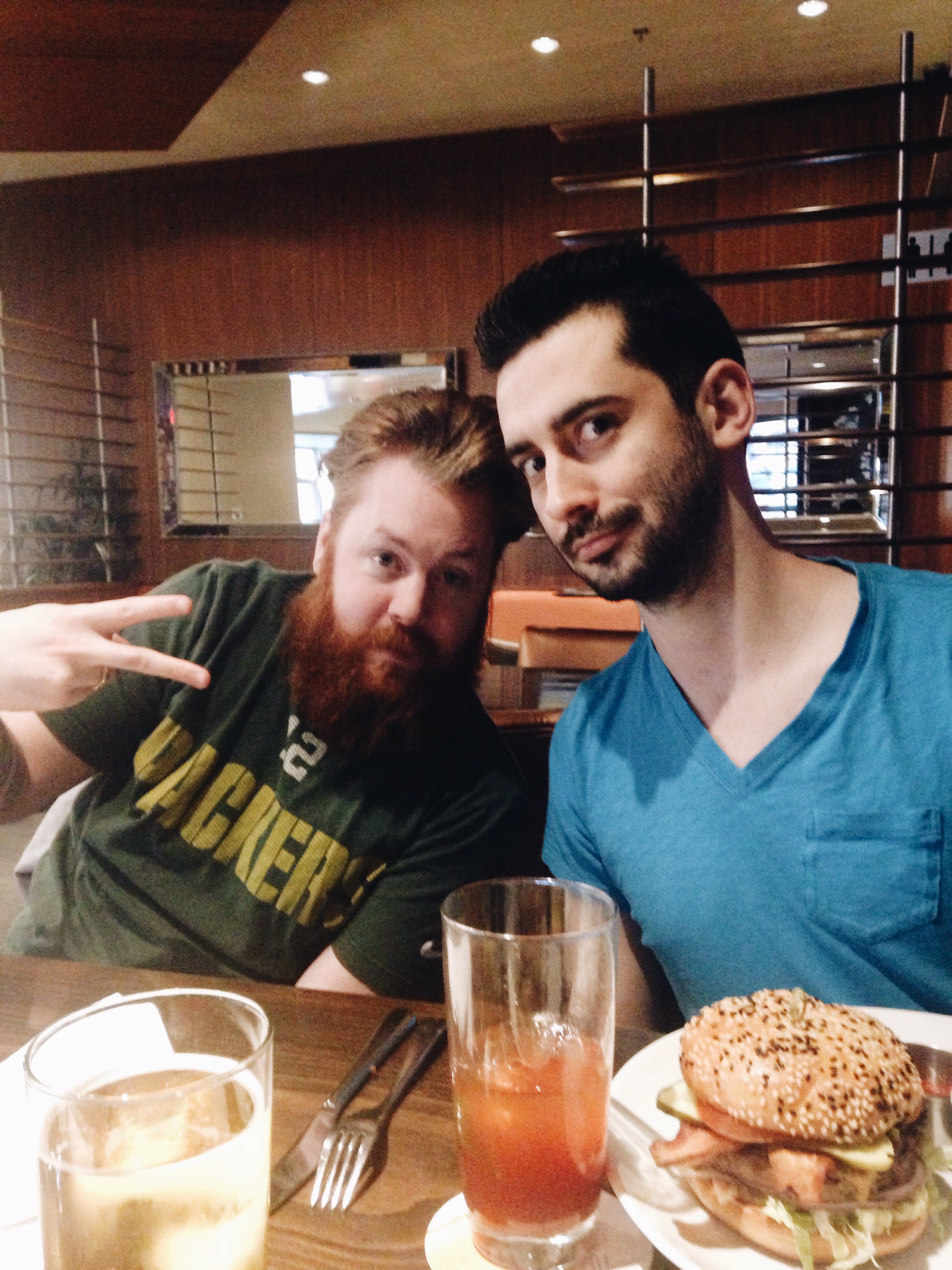 We were worried because it looked very fancy and expensive.

When we arrived the staff told us to sit wherever, so we did.

Turns out these seats were reserved for the hotel owner, but chances were that he wasn’t going to show up. So they reserved another table for us just in case.

He never showed up, so we had the best seats by far! 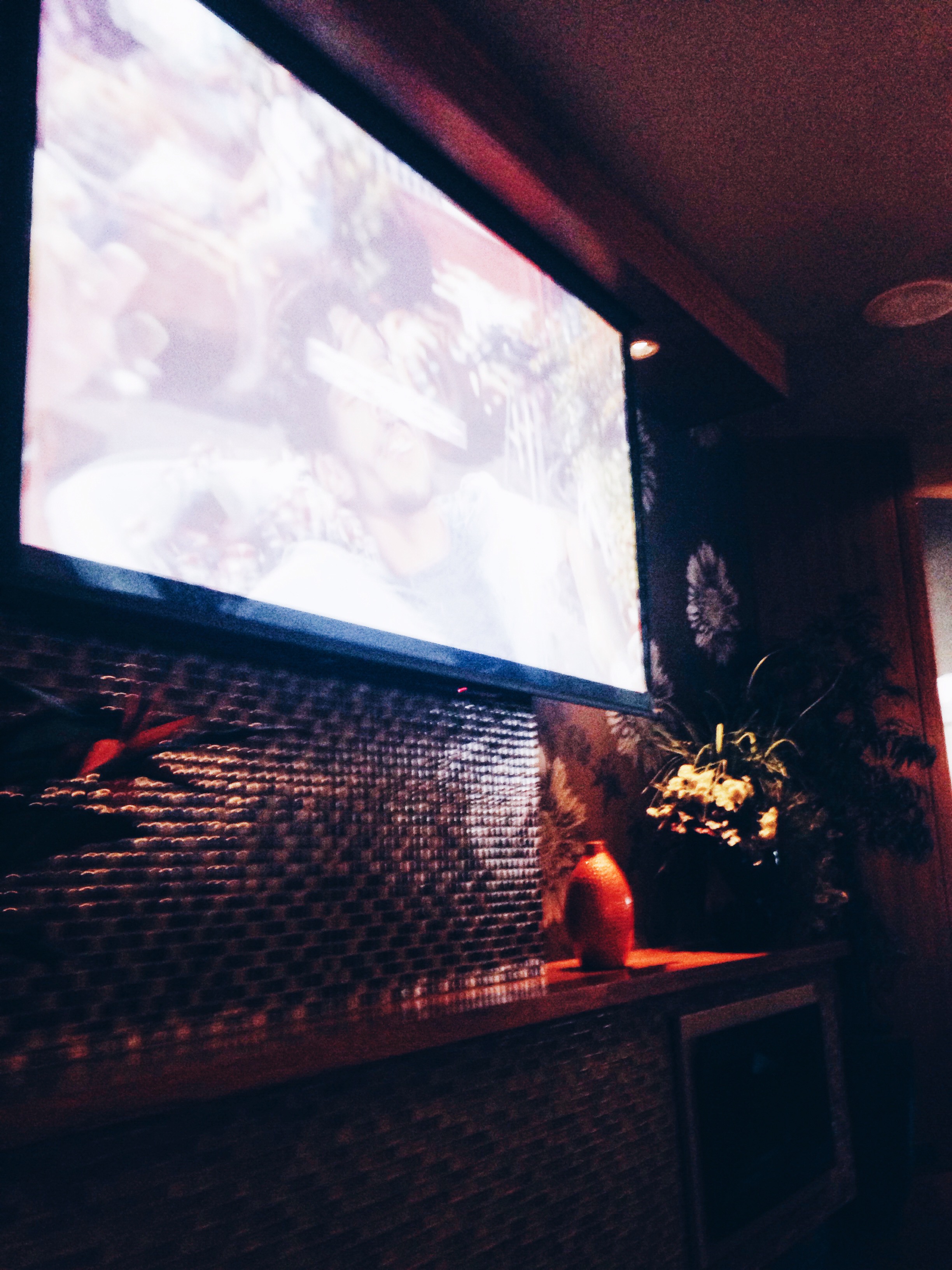 I felt bad though, because the hotel manager had been so stressed out all day over the owner coming for the game. He worked so hard.

But in the end he was able to relax at bit.

We started out with ordering some beers. I got a Budweiser, and Scott and Rob got a beer, it was called the Devil’s something, I forget. It was disgusting. Blech.

Then we ordered some appetizers.

Chicken lollipops and salt and pepper ribs. So good! 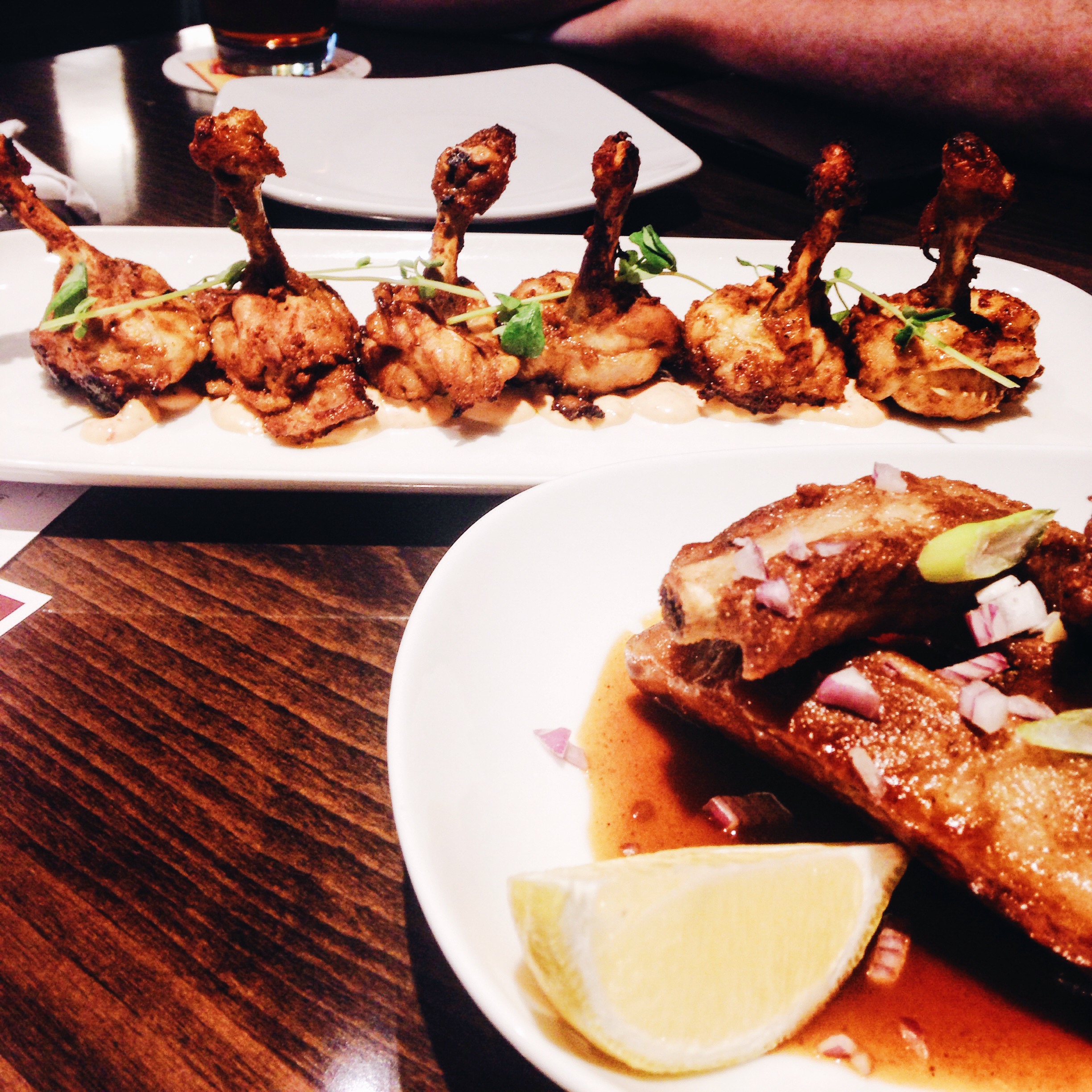 I have always wanted to try a meat lollipop!

Four our main meals later I got a chicken and avocado sandwich, and the guys got a prime rib burger. 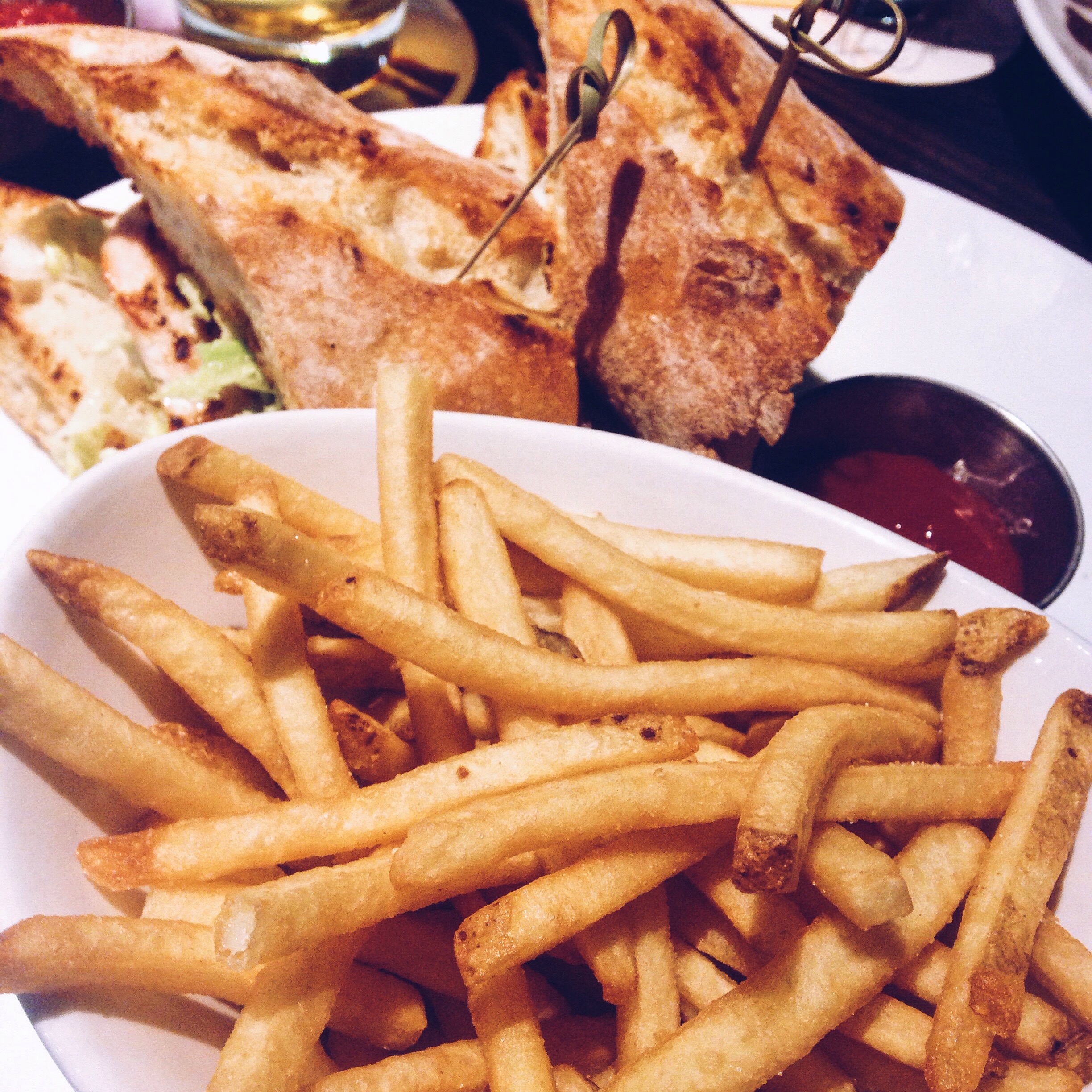 Since we had been there for a few hours before the game, we had gotten to chatting with some of the waiters.

Our original waiter was such a nice guy, after his shift he stayed at the hotel/bar to watch the game. It was nice to see.

I actually found myself thoroughly enjoying the game! I hadn’t been expecting to, but actually being in the spirit, surrounded by people who were so into it was quite fun.

We were cheering for the Bronco’s.

During the halftime show the bar did a raffle. Scott won a scarf and a shirt. I won two shirts. A 49ers shirt (which I’m wearing now) and a Saints shirt. 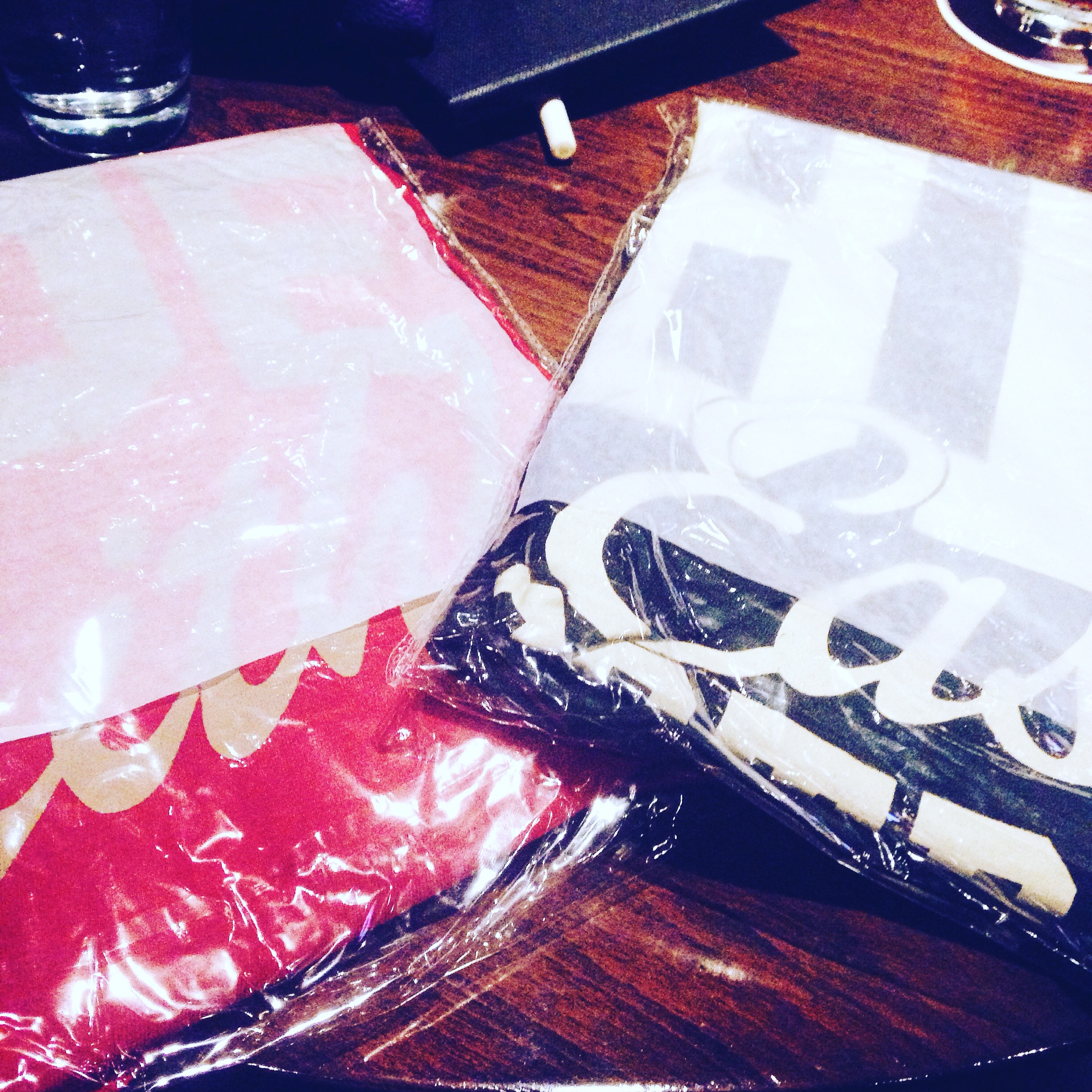 I wasn’t overly impressed with the halftime show. It was adequate, but nothing spectacular. I love Bruno Mars though.

We finished watching the game, I was pretty into it, and was happy that the Bronco’s won!

After the game we said our goodbyes to the manager and headed home.

Overall I must say it was a pretty fun day and night, and I can definitely see me getting into football more. 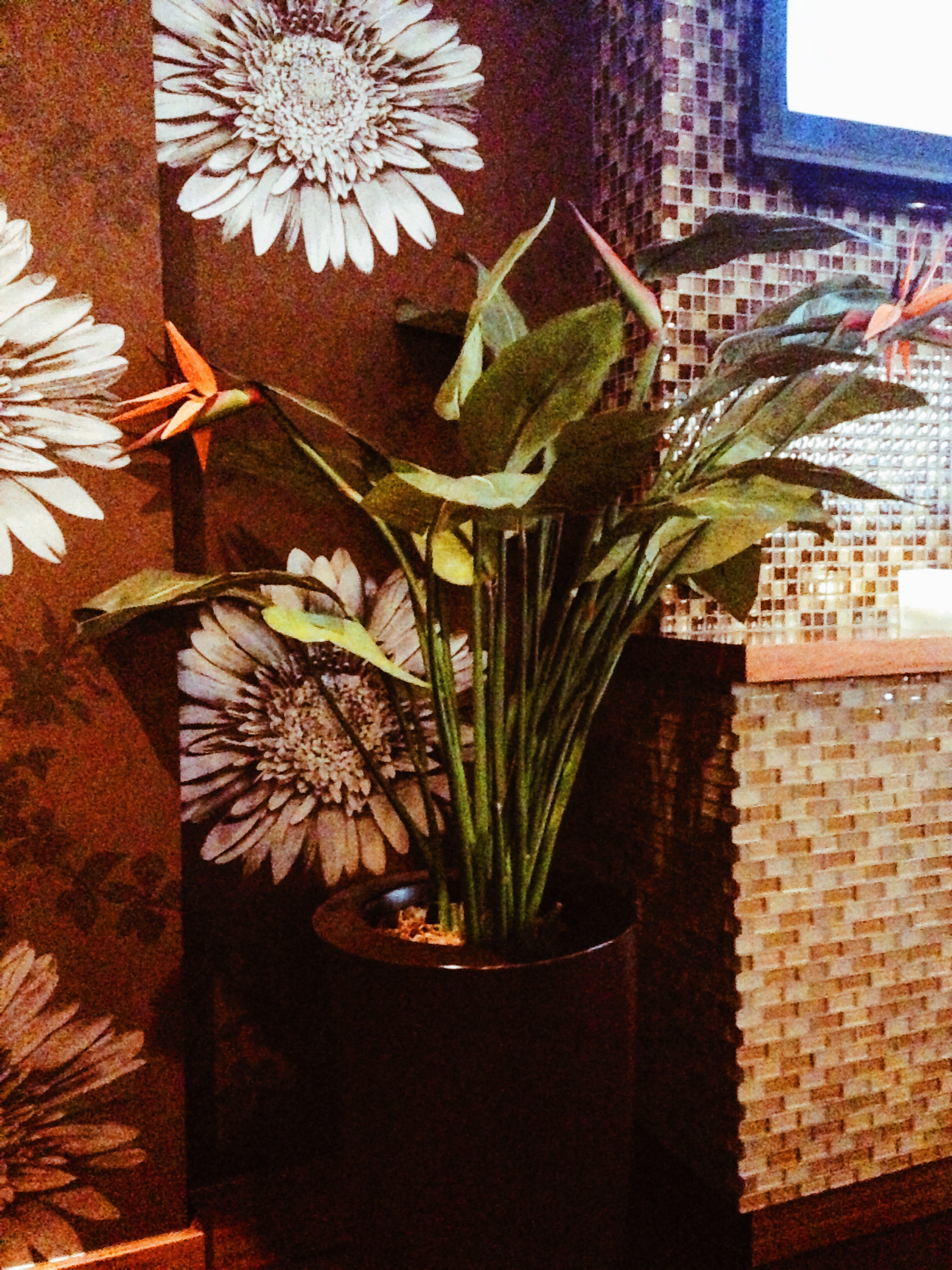