My Thoughts On Auckland

I am going to start with an apology. I am sorry to start off a post in such a negative way, but I feel like I just have to share my thoughts on Auckland, New Zealand. I have nothing but dislike for this city. I tried to like it, I really did, but we just did not get along.

I am also going to break this post up with some of my favorite photos from New Zealand, because it is a beautiful country.

I arrived there in the early evening from the perfect week in Cairns, and took a bus to my hostel. My hostel was the popular YHA. There were two nearby in Auckland, but I chose the one with better reviews. The problem though? The bus driver didn’t know where my hostel was, so he dropped me off on the road and kept going.

This was the beginning on June, which for NZ is winter. It was freezing!

I spent a few hours (yes, hours) in the pouring rain walking up and down this steep hill with my backpack, rucksack, laptop bag and purse, asking strangers for help. No one knew where to go. Carrying everything was really heavy, so walking up and down a steep, wet hill was not easy.

I finally found a bus driver standing outside his bus smoking. I wandered over to him, sobbing, and asked him for help. He rolled his eyes and led me down a dark alley way. I followed.

You may be thinking “You stupid idiot, who goes down a dark alleyway in a new country with a stranger?!?” IF you are thinking that, I do not blame you. I was desperate and exhausted. I was clearly not thinking properly and do not recommend EVER doing that.

Down this dark alleyway was my hostel.

Thank goodness for him, because I never would have gone down there on my own!

Oh yeah, this dark alleyway was also up hill, I was soaked from the cold rain, but also dripping sweat with rosy cheeks.

It was not my finest appearance. 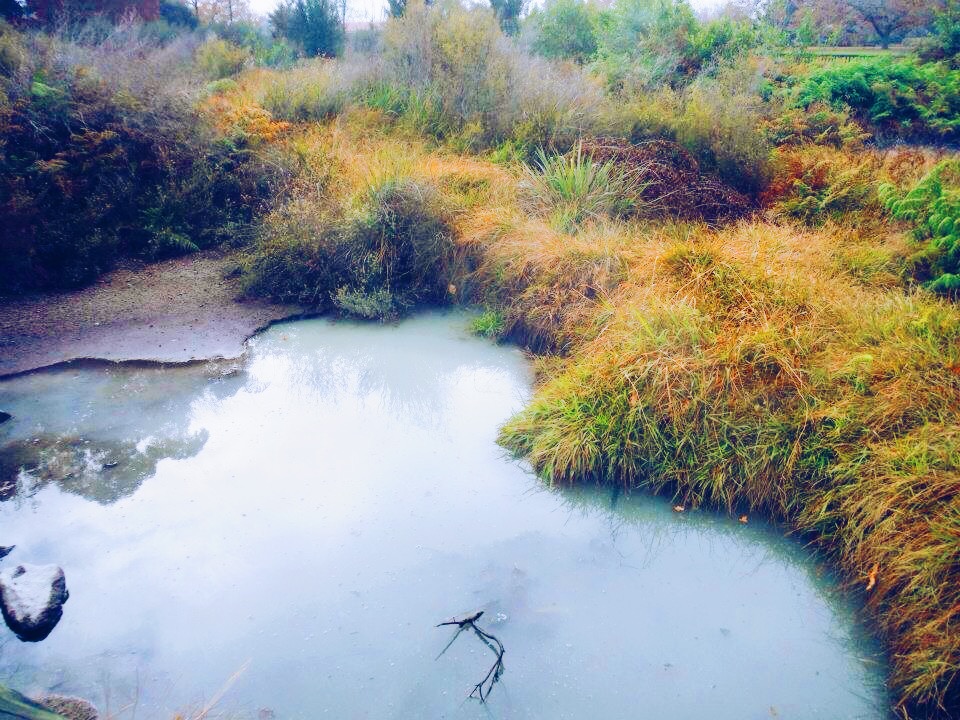 I walked into the hostel and to the front desk.

The girl behind the desk took one look at me standing there crying, dripping all over the floor, and quickly told me my 8 bed dorm room had just been upgraded to a private room.

I may have cried some more from relief, as I was dreading walking into that room looking how I did then.

I walked up some stairs (what was with me having to walk UP everything?!) and found my room. It wasn’t much, but to me it looked like paradise!

The lock on my door was broken, and the door kept popping open, but I honestly couldn’t care less. I would have been fine with having no door at all.

I dropped everything down and went to find the bathroom. I needed a steaming hot shower ASAP!

After my shower I tidied up the room a bit and went to use my YHA Wifi card that I had bought in Australia after several associates told me that I could also use it in New Zealand.

Turns out that NOPE YOU CAN’T BECAUSE WHY WOULD IT WORK IF THAT MEANT MAKING MY NIGHT EASIER RIGHT?!?!?!

I paid $10 for 10 minutes of Wifi, during which time I quickly downloaded an episodes of Game of Thrones and sent emails to everyone that I was at my destination.

That 10 minutes went by really fast and I still have no idea how that episode even managed to download so quickly. The emails took forever to load and I wasn’t even positive that they really sent.

I had brought some soup and rice from Australia over so I went downstairs to find the kitchen to make some dinner. The kitchen was okay, and everyone seemed friendly, but it wasn’t a chatty environment. I was okay with that since I was still worried about crying some more.

I ate, left to go buy some ice cream from a store where no one spoke English even though NZ is an English speaking country, went to watch my episode, and then went to sleep because I was going to pick up my rental car and checkout early the next morning.

I fell asleep immediately, but was soon woken up by a couple having the worst fight I have ever heard. The man was screaming and throwing things and the woman was moaning and crying so loud.

I piled all of my stuff up at my door (because you know, broken door) and tried to sleep more. No such luck though because it literally sounded like the couple were fighting in my room beside my bed. I was a bit worried he would throw something and it would break through the walls and hit me or something, that’s how thin the walls seemed.

I wanted to go over to their room and tell them to quiet down, but I was also a bit worried about being brought into their fight. I was alone in a room with a broken door so I felt sticking my nose into other people’s business was maybe not the best idea. Also, maybe my interrupting would make the situation worse for the woman that was in there, and things could have gotten much worse. 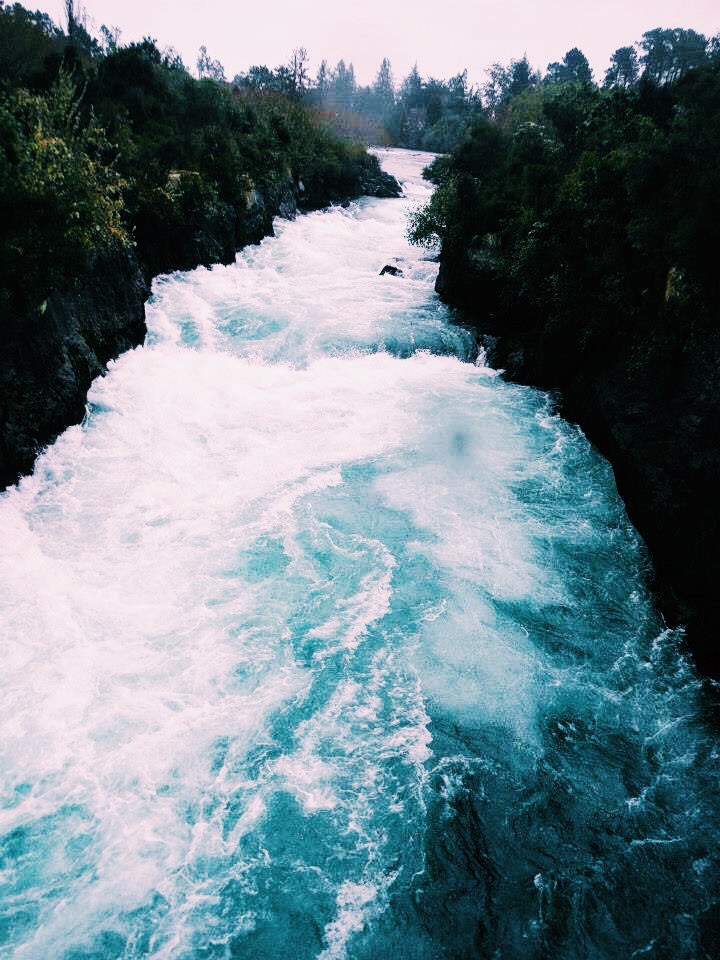 The next morning eventually came and I arrived at Jucy car rentals to pick up my car.

I got the car quickly but realized that they forgot to give me a GPS. They told me they ran out.

So they told me to drive across the city to the waterfront and ask at the information desk there if they had any.

This was a new city, new country and I had no map or GPS to drive to find the waterfront. Awesome Jucy! Thankfully I knew that about a fifteen minute walk from the waterfront was the Auckland Sky tower, which is visible from nearly everywhere in the city. I just drove towards that building and eventually found myself some parking. It took quite a while to park due to all of the construction,but once I was parked I headed to information.

No, they did not have any GPS systems either. They told me I could try to head over to the Sky tower because they sometimes have some.

So off I went, walking once again up a hill (I hate hills because of my asthma and general laziness). Thankfully once I got there they had one GPS left. SCORE!

The only bad news, the GPS was expensive to rent from there and I was not able to return it at the airport. I would have to return it to them before my flight, then find my way to the airport on my own.

Lucky me huh? I quickly left the city and headed off to explore the North island! 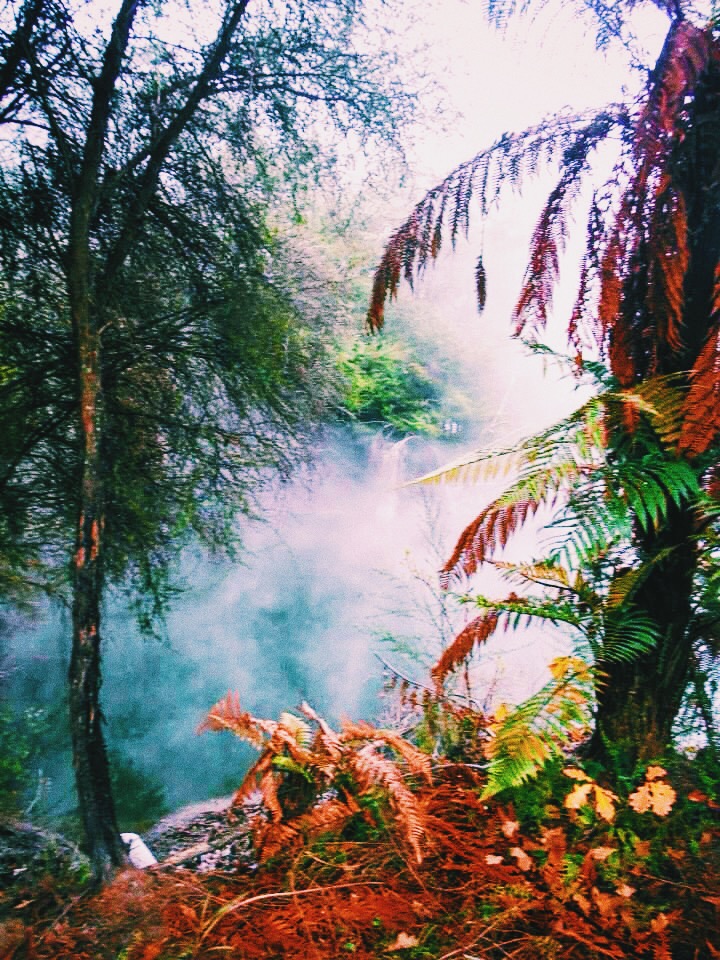 So fast forward to before my flight.

I had the most incredible week I could have possibly had. I was really nervous about my flight home. I am a very nervous flier and being on a plane for 5 hours is more than enough for me, so a 15 hour flight before an additional 6 hour flight was making me panic a bit.

They told me I’d figure it out and were no help at all. Thanks guys.

I had filled up the gas tank before returning the GPS so that way once at the airport I could just drop off the car and be on my way.

Well, Jucy rentals had just changed their office location but did not let me or their website know this. When I arrived I found an empty building and parking lot with two men inside who had no idea where the new building was.

I tried calling only to find the number for Jucy disconnected and the website had no information.

I drove around in circles for nearly two hours trying to find the new office. By this time I was down about a quarter of the gas tank.

When I got inside I complained about that issue. They were not apologetic and tried to charge me for not having a full gas tank.

I was not having it and let them know. I am usually way too nice of a person but I was stressed out, irritated, and not at all in the mood.

After an argument they did not charge me and got me a bus to the airport, since the new office was quite far away. 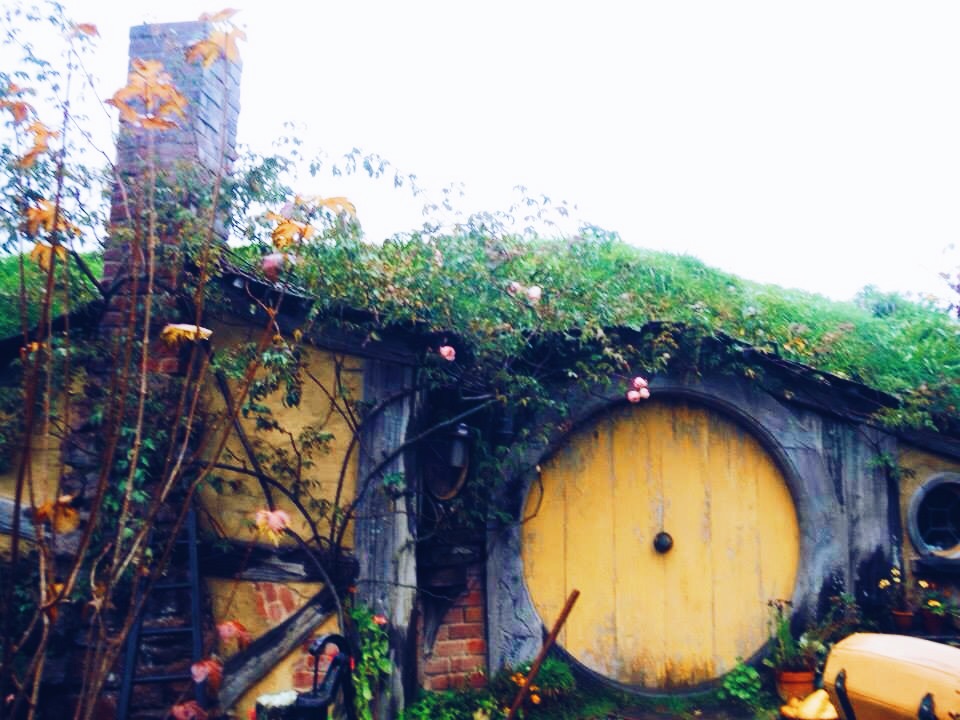 I checked in and went to go through security and to wait at my gate, now much later than I had originally planned to be.

OF course I am randomly selected to be screened. Why wouldn’t I?

So now I had to wait in a small room with about twenty other people, all of whom’s testing kept coming up positive for bombs residue. I didn’t even know you could test that, so that was pretty cool.

Eventually after everyone came up positive they brought in a new and more advanced machine. This meant we all had to take off everything except underwear in a different room, and we were all very close to missing our flights.

The girl I sat beside in that room ended up being my seat buddy on the plane! By the time we finally made it out of the extra security screening (we all came up clean in the end, no bomb residue on any of us!) our flight was ready for take off and just waiting on all of us who had been screened.

I absolutely loved New Zealand and it is my favorite country, but Auckland? I have never disliked a city more, and I hope to never have to spend much time there again.

Have you ever been to Auckland?

What is the place (city or country) that is your least favorite? 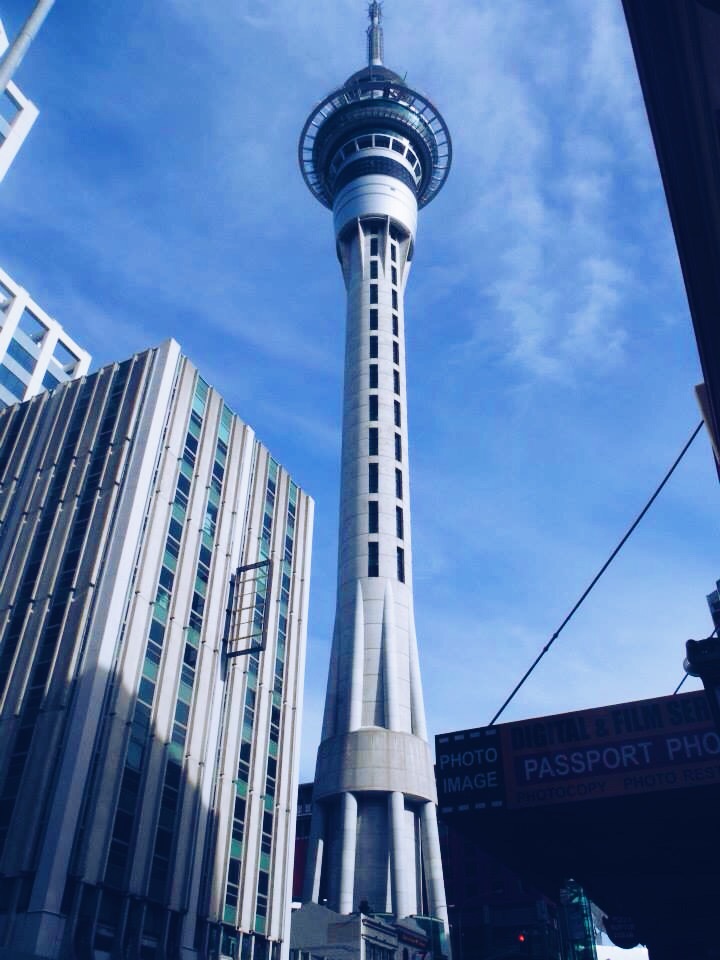