Photos from the East Coast

Today I was looking through some of my old Facebook albums and came across one in particular. This album is from my weekend trip to the East Coast with my friend Molly. During this weekend we went to Byron Bay, the Gold Coast, Brisbane, The Australia Zoo, and the Glasshouse Mountains.

There were six photos in particular that really stood out to me, and I decided that I wanted to share them with you! 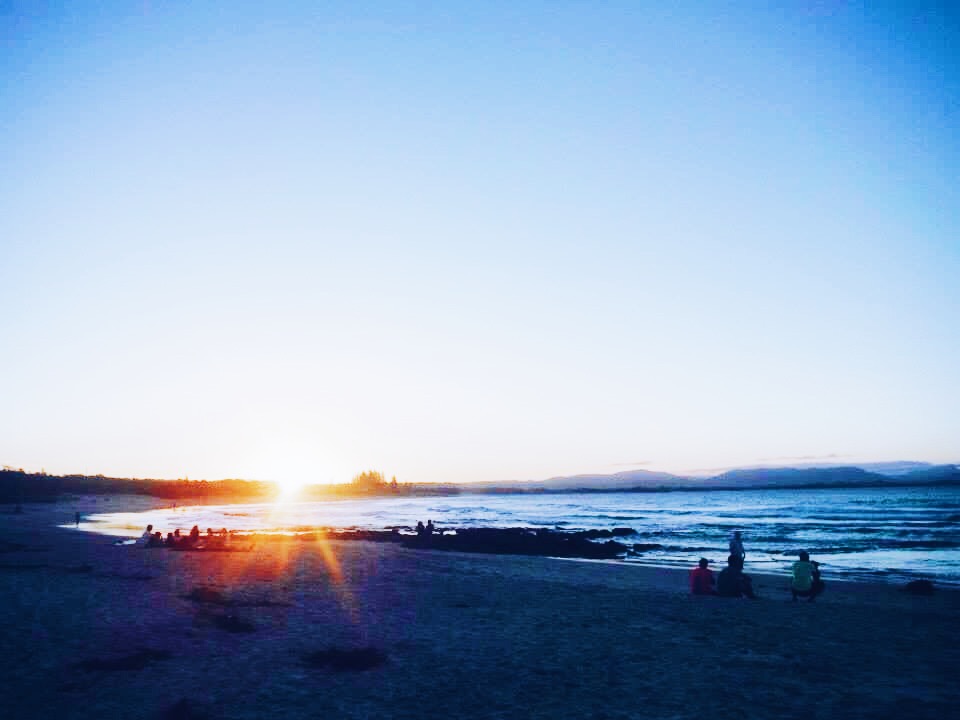 This was one of the first photos that I took on that trip. We had been stuck in traffic for hours and finally just made it to Byron Bay, which was very high on my list.

Since the sun was already setting and we had to head back to the Gold Coast because that’s where our (super shitty!) hostel was, we had to make our Byron trip really quick.

We hurried out of the rental car to take a quick look at this beach before heading up to the light house, and I just loved the chilled out vibe that this beach gave.

There were surfer’s in the water, everyone was walking with their surfboards and no shoes, there were small groups of people hanging out and watching the sunset, and the sunset itself was stunning!

I loved being able to watch the sun begin to set over the hills in the distance. 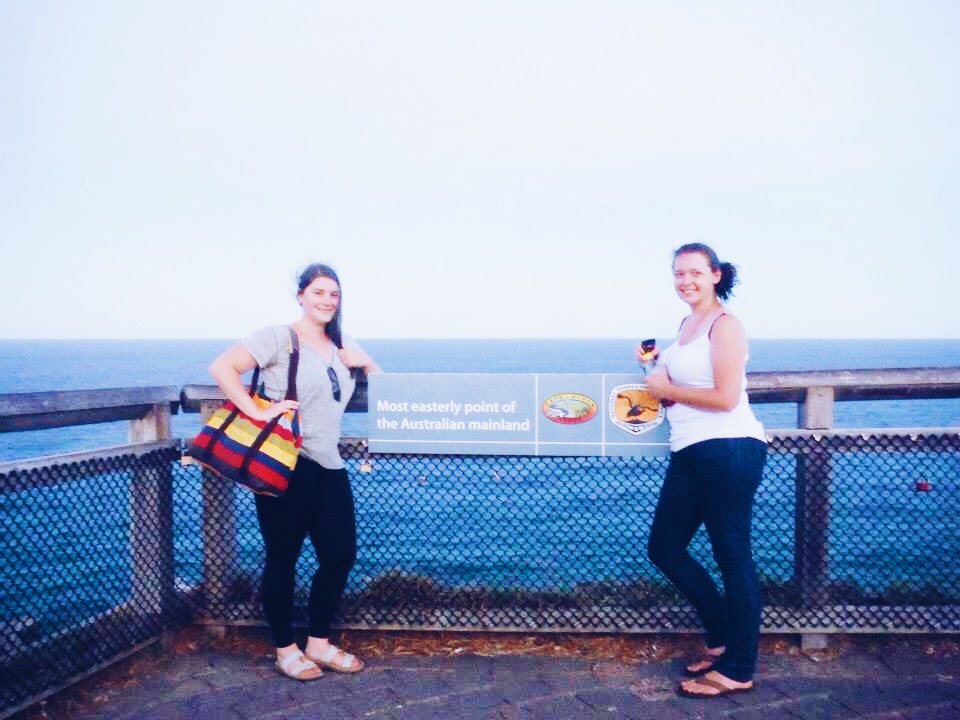 Another one from our quick stop in Byron Bay, this is at the top, with the lighthouse beside us. We were located at the most easterly point of mainland Australia, which is pretty cool!

I’m not sure if you can tell (you’re crazy if you can’t tell!) but it was CRAZY windy.

But of course we had to stay up there for as long as we could whilst watching the sun fully set.

After this photo we went to get pizza in town before heading to our hostel. 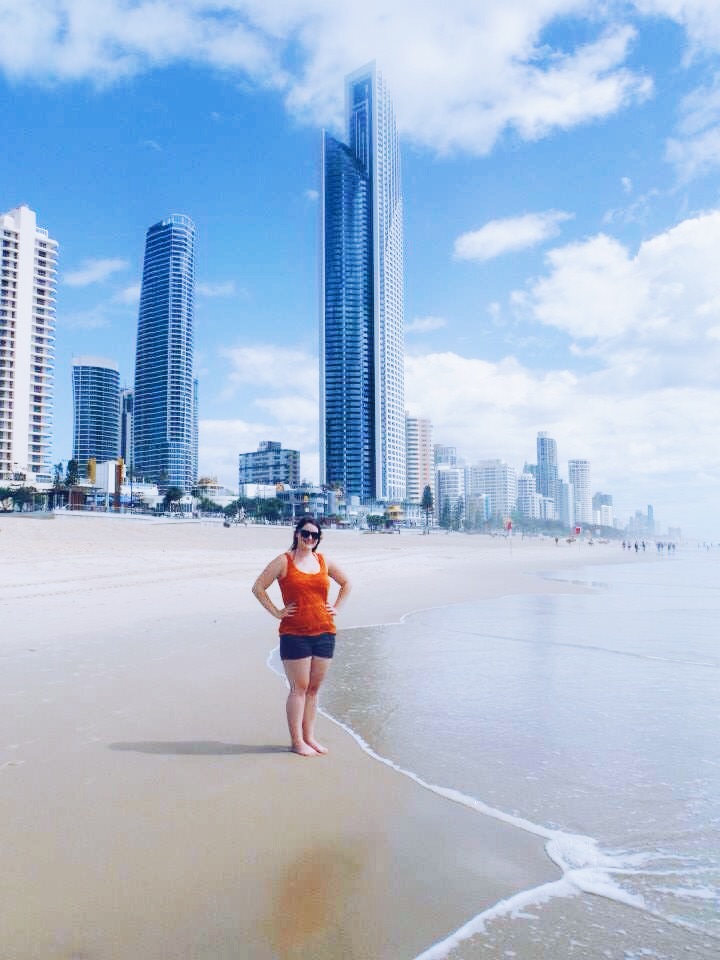 This photo was taken the next day at Surfer’s Paradise.

I, of course, had to take the most touristy photo I could! While in Surfer’s….

The sun was incredible, there was a surf competition going on, and Molly and I found the perfect spot to tan and swim a bit before heading to Brisbane.

Molly had to run to the car to grab her swim suit, and ended up disappearing for nearly an hour!

I was in a panic that she had been “taken” and I was going to have to find my own version of Liam Neeson (no complaints there!)

She finally showed up (lost, poor girl!) and we went for a quick dip in the water.

I can honestly say that I have never attempted to swim in more rough waters, and I spent most of the time in the water trying to keep my bikini on! And trying not to drown on all the salt water going down my throat.

Still a crazy fun time though! 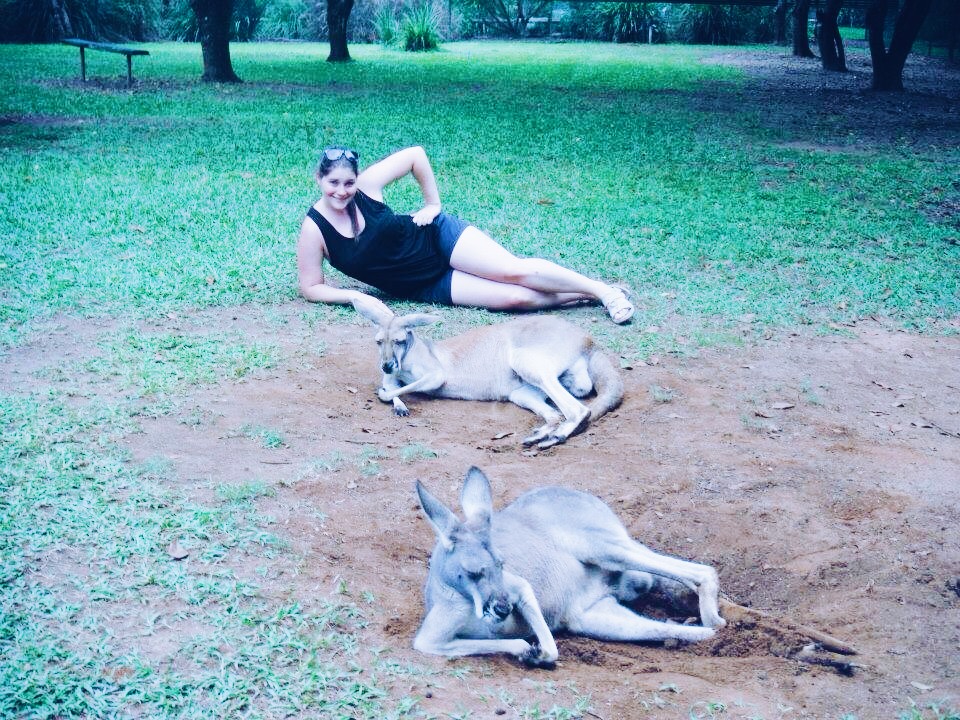 This photo was taken the next day at the Australia Zoo! BEST. ZOO. EVER!

I wanted to be close to the kangaroos, but none of them wanted the food I was tempting them with, so I had to snuggle up and be one with the Kanga’s.

I think I was successful. 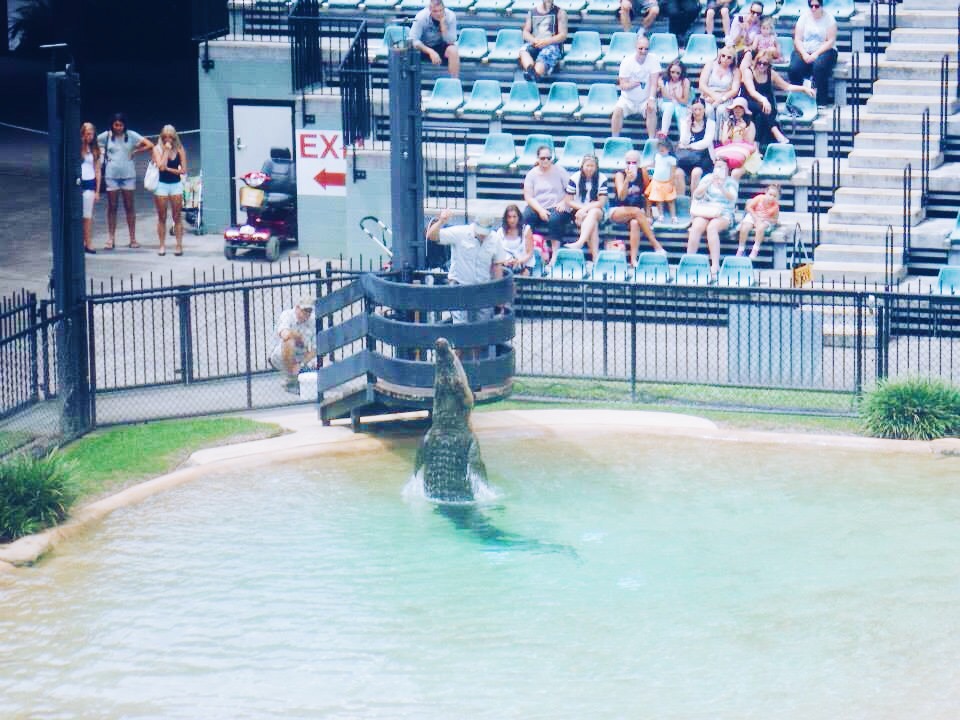 I seriously love crocs. They are amazing creatures who have endured so much, from the Earth, from each other, from other “predators” and from us.

So of course one of my favourite photos is of a croc taking some bait!

I tried to get a picture of it jumping fully out of the water, but I kept missing the shot!

So this is the best one I could get. If you read my post here, of when I vomited at the Australia zoo then you know that I was struggling at this point.

Check out my post to hear more about THAT story! 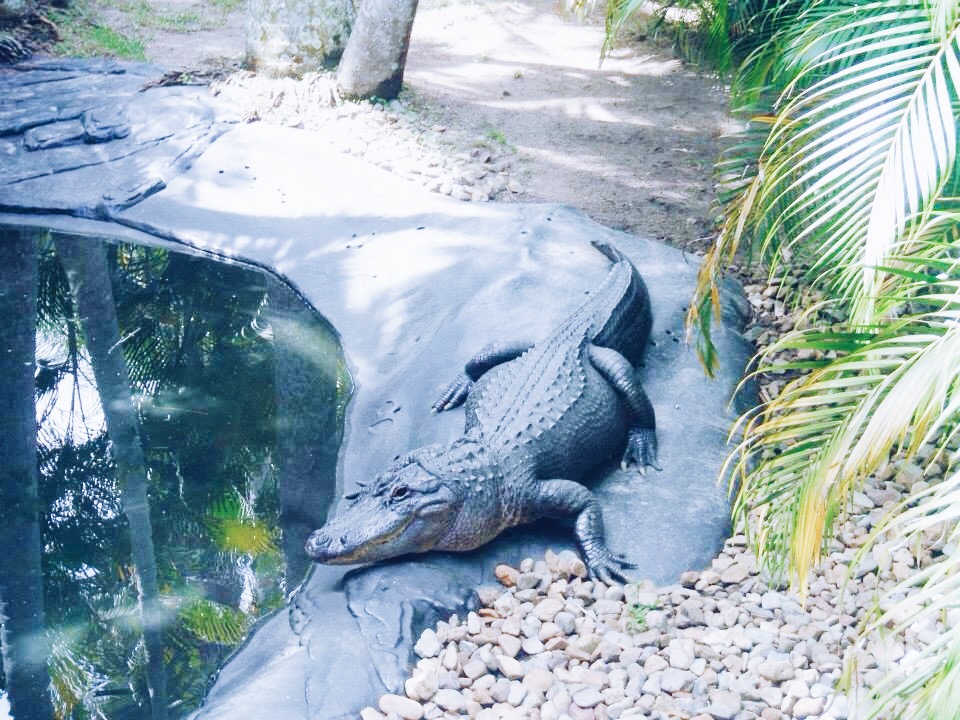 The last photo I wanted to show you is this one here. It is my favourite photo from the ENTIRE weekend trip.

You may be thinking “No way Brooklyn, crocs are not cute” to which I say, you are wrong!

This one was adorable, and is smiling for the camera 🙂

No reader, this croc is not imagining how tasty I would be for dinner, he/she REALLY is just smiling for the camera.

Anyways, I hope you enjoyed this little throwback of my weekend trip to the East Coast.

Have you ever been to Australia’s East Coast? Should I share more photos from other trips?