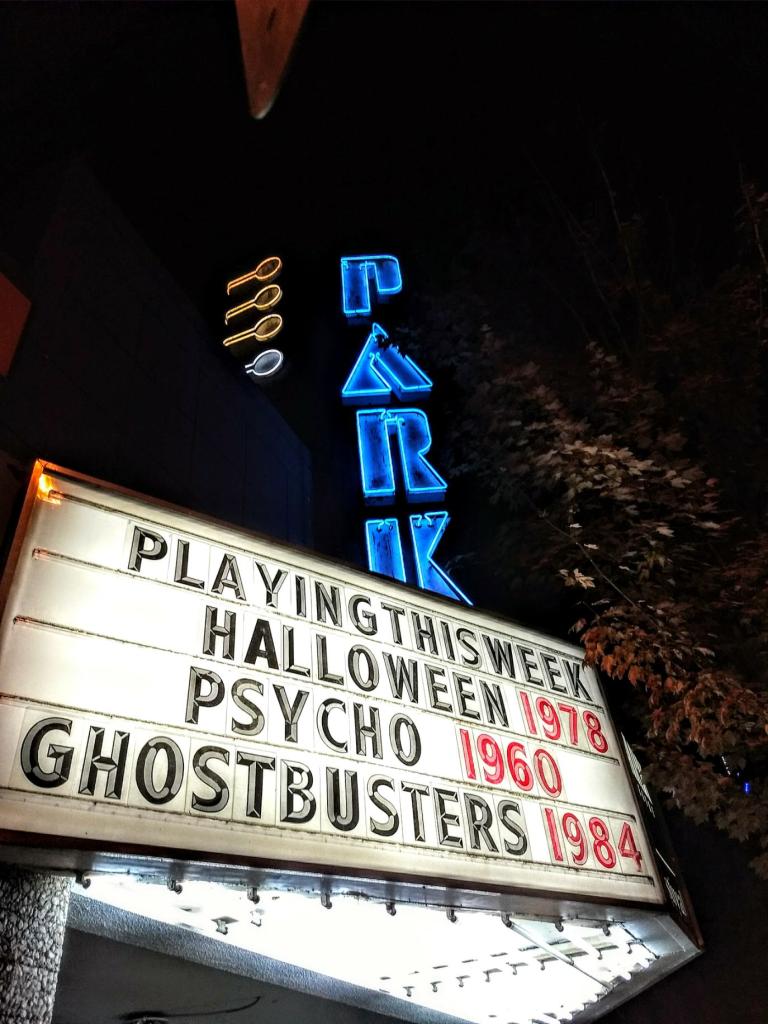 Happy Halloween Everyone!! I am so excited because it is officially my favorite day of the year. I live for Halloween and the month of October, so on Halloween day I’m always in the best mood. Today I wanted to tell you about seeing Psycho at The Park Theatre, Vancouver.

SPOILERS AHEAD. Don’t read if you don’t want spoilers.

Growing up a horror fan, or not a horror fan – chances are you know about Psycho whether or not you love horror, one movie I’ve always heard about is Psycho. In university I did a course called Music in the Movies, and we had to listen to the score’s of different films. Psycho was one of them, as the score during murder scenes is a classic.

I know all about the main man of horror, Alfred Hitchcock. He is one of the most influential movie makers of all time, and so many of his films are horror classics.

Yet somehow, even though I knew spoilers and certain scenes of the movie, I had never actually watched the movie.

So when I saw that The Park Theatre was showing Psycho I knew I had to go. I convinced Scott to go with me and we headed out for date night.

The movie had a pretty decent crowd and I was so excited. Always a fan of black and white films, I was so ready to finally see this horror classic.

I quickly became enthralled when the movie started. Anthony Perkins, who played the infamous Norman Bates, was the perfect actor for the role. Seriously, I could have watched him forever. He was equal parts charming, awkward and freakish. So naturally he is the perfect villain.

I knew the spoiler about his mother, but during the movie I was still confused and thought that maybe I had heard wrong, maybe she actually was upstairs.

So when the movie came to fruition I was stunned yet overcome with understanding. Seeing her corpse shriveled like that must have been shocking for the time, 1960, and watching the end scene where we stare Norman Bates in the eye as he becomes his mother was nerve wracking. This movie doesn’t have a werewolf, or some kind of supernatural monster. Norman Bates and his personality disorder is the “monster” of this film. The scariest part about it is that something like this could happen.

After we left the theatre I wanted to turn around and go back in to watch it again. Psycho quickly has become my second favorite film ever. Texas Chainsaw Massacre is the first.

Have you ever seen Psycho?
Are you into classic horror films?

Thank you Scott for the photos! 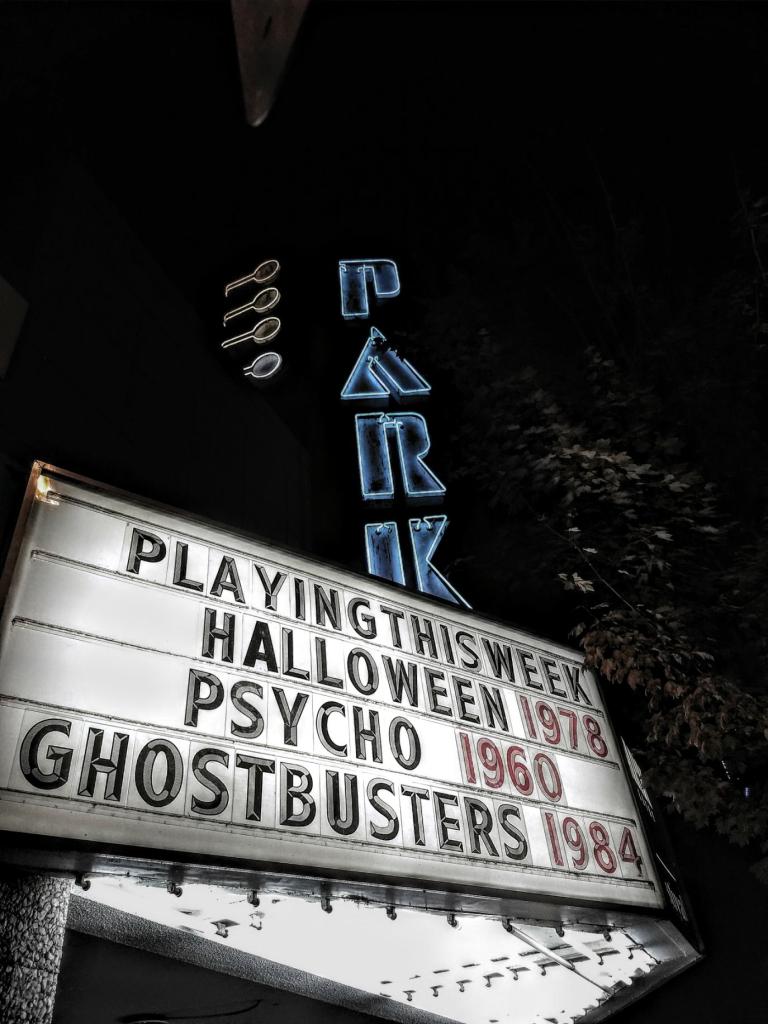