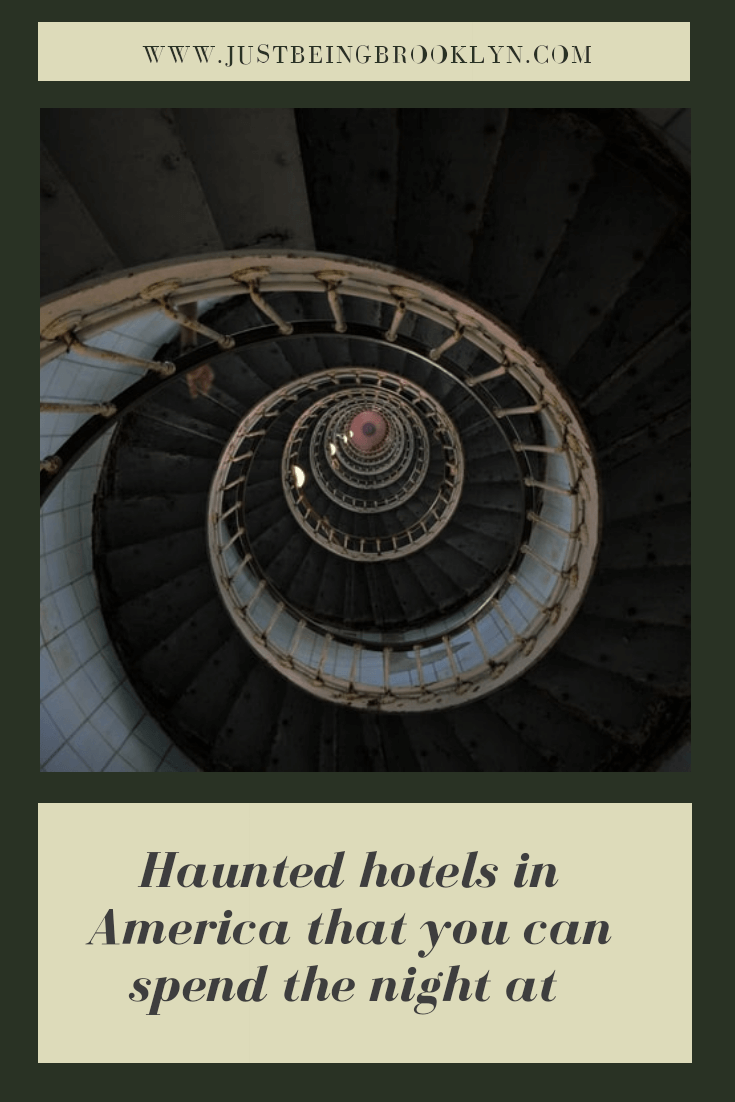 Before I get started though let me tell you, America is FILLED with haunted hotels. Like, so many that you could probably spend the better part of a year just spending a night in a different haunted hotel each evening.

There were so many cool ones, but the ones I chose to share have the best ghost stories or are extremely popular.

The Most Haunted Hotels In America That You Can Actually Spend The Night At!

Possibly the most famous haunted hotel in all of America, you’re most likely already familiar with The Stanley Hotel. In 1974 Stephen King and his wife stopped in for an overnight stay, checking in to room 217, the Presidential Suite. They were the only guests that night, as the Stanley had fallen on hard times and was about to close for the winter, with only a small crew remaining. That evening King had a nightmare of his son being chased down the long corridors of the hotel by a possessed fire hose. After waking up drenched in sweat, King went out onto the balcony to have a smoke, and came up with the idea for The Shining. Thanks to this book, the hotel had a surge of guests checking in, and has been famous ever since.

Jim Carrey actually stayed in room 217 during the filming of Dumb and Dumber, and got so spooked that he ran from the room in the middle of the night, vowing never to return.

Since the founder of the hotel died in 1940, his ghost has been seen at the front desk by guests checking in. His wife Flora also stuck around after she passed, and is known to play the piano.

In the 1920s (I’ve read both that the gas leak occured in the 20’s, or 1911, I can’t verify which) there was a gas leak that led to an explosion in room 217, and completely destroyed the second floor. This explosion nearly killed chambermaid Elizabeth Wilson. After she recovered she returned to work, where she stayed until her death at the age of 90. After she passed, people began to report seeing her about the hotel.

For instance, unmarried couples sleeping in the same bed have reported Elizabeth trying to push them apart, and single men have reported waking up to find their bags packed up and waiting outside their door.

The fourth floor is where many children used to run around and play with their nannies, and their laughs can be heard to this day, leading the fourth floor to be the most haunted floor of the hotel.

The room 428 is especially spiritually active, and guests can look forward to a friendly cowboy who often sits on the bed, waiting to greet guests. People report hearing footsteps and furniture moving above them, but room 428 is on the top floor.

If you’re in the Concert hall you may late at night you may encounter Paul. He used to work at the hotel enforcing 11 pm curfew, and he still takes that role seriously. Both employees and guests who have been in the Concert hall at 11 pm have heard Paul tell them to get out, and some have even felt him nudge them towards the door. He also loves to interact with nightime tour groups. 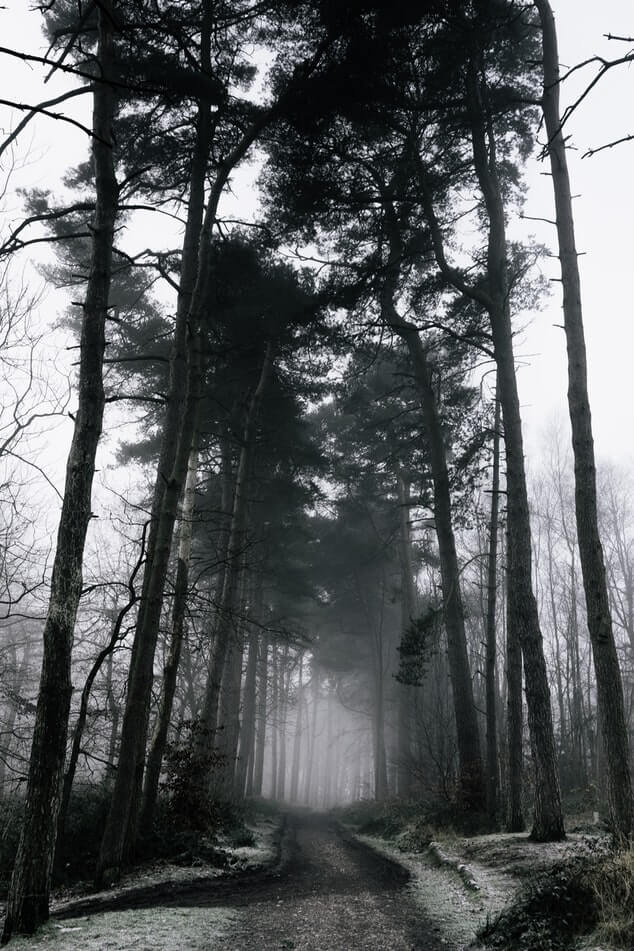 Often said to be one of the most haunted hotels in all of America, The Crescent Hotel has been said by mediums to be a portal to the other side.

When the building was being built in the 1880’s, after the frame of the building was intact, an Irish stonemason fell to his death in what is now room 218, one of the most haunted rooms of the hotel. Due to the extremely active paranormal activity in this room, employees refer to this spirit as Michael, and many believe him to be a poltergeist. Guests have reported hands coming through the mirror, doors slamming shut, and the cries of a man falling. Michael also loves to pound on the walls, shake guests during the night, and play tricks with the tv.

In 1937 Norman G. Baker purchased the building and used it as a hospital to treat cancer patients, despite having no medical training. He was actually convicted in Iowa just the previous year for practicing medicine without a license. As a result many patients died. The portal the mediums found is situated on top of where the old morgue was.

The ghosts of Bakers patients are regularly spotted around the hotel, as well as Dr. Baker himself, who is sometimes seen wandering the hotel in a purple shirt and white linen suit.
A nurse pushing a gurney can regularly be seen near the old morgue at 11 pm, when they used to bring the dead down to the morgue.

Cancer patient Theodora introduces herself to staff in room 419, a little boy runs around the kitchen, many spirits wearing Victorian era clothing are seen.

On the nightly ghost tours guests have grown faint, with a few who have actually briefly passed out. It turns out that where the guests have felt ill is right where the portal is.

There is a lot of a spiritual activity at this hotel!

Opening in 1927, the Hollywood Roosevelt is known for the stars who stayed here while alive, and who know call this hotel home in the afterlife.

The most famous spirit is of course Marilyn Monroe, who lived in room 229 (or the Marilyn suite) as her fame grew, and her first ad she shot is rumored to be at the hotels pool. Many guests have reportedly seen Marilyn in the rooms mirror.

Room 928 is where Montgomery Cliff lived for 3 months, and he is still seen in that room, patting the shoulders of guests, playing his trumpet, and watching the maids clean. Some guests have said that he has prevented them from moving about while in bed, while others say he looks like a shadow against the wall, just watching over his room.

Even Carole Lombard has been reported floating around the upper floors. 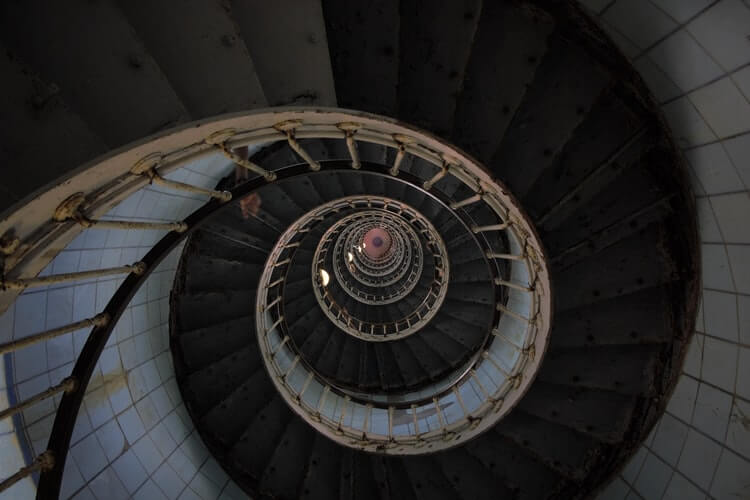 This hotel has a lot of death and violence attached to it. There have been at least 16 deaths at The Cecil, whether through murder or suicide. The hotel originally was meant for the wealthy, but just two years after opening The Great Depression hit, and the surrounding area became known as “Skid Row” due to the thousands of homeless people who clustered around. The hotel became a meeting place for junkies, criminals, and prostitutes.

I first heard of The Cecil Hotel in 2013 when 21 year old Vancouver student Elisa Lam went missing there. After 3 weeks of no clues, guests began to complain of the water tasting funny, and her decomposing body was found in the hotel water tank. There is video footage of her before she went missing acting very strange; getting into an elevator, looking scared and hiding, waving her arms wildly, getting in and out of the elevator, pressing a lot of buttons, and talking to someone who isn’t there.

No one knows what happened. Suicide? Murder? Or maybe even the paranormal. What’s suspicious is, if her death was indeed suicide, how did she get into the water tank, and how did she close the lid after getting in?

The hotel is a place where serial killers Richard Ramirez (the night stalker) and Jack Unterweger have both stayed. Ramirez stayed at The Cecil during the height of his killing spree. After killing someone be would throw his bloodied clothes into the dumpster and walk naked into the hotel. This raised no eyebrows, since the corpses of junkies were often found in the alleyways and occasionally even in the hallways of the hotel. And walking naked into the hotel? Normal at that time.

Unterweger reportedly chose to stay at The Cecil due to the connection with Ramirez, and he could easily find a prostitutes in the area to strangle.

Several guests have jumped to their deaths, and even more have killed themselves in their rooms. One heartbreaking story involves 19 year old Dorothy Jean Purcell, who gave birth in her rooms bathroom, after awaking during the night with stomach cramps. She had no idea she was pregnant. Panicked, she threw her live baby out the window.

Another woman jumped to her death, killing a 65 year old pedestrian who had been walking on the sidewalk.

This hotel has so much heartbreak attached to it, that it’s no wonder it is so haunted.

One of the oldest hotels in Savannah, Georgia, The Marshall House is a hub for spiritual activity. And no wonder, this hotel has been around since 1851, and has been used as a hospital 3 separate times; once by the Union Army during the Civil War, and twice during yellow fever outbreaks.

Though there are plenty of spirits who call this hotel home, they are said to be friendly.
During a renovation of the hotel in 1999, human bones were found. These are most likely the amputated bones of soldiers who stayed here during the war. Though the bones are now gone, guests and staff alike have seen apirations of people dressed in civil war era clothing, including one ghost who walks through the halls carrying his severed arm, looking for a surgeon to help him reattach it.

Late author Joel Chandler Harris used to stay at the hotel and write his stories. The sounds of a typewriter are regularly heard clacking away in his old room.

Room 414 is the most haunted room of the hotel. Doors will lock and unlock on their own, and bad smells in this room are often overpowering.

Children are regularly heard laughing and playing on the fourth floor, usually around midnight. In one case, a boy and his mother were staying at the hotel. The boy was playing in the bathroom, and the mother thought he was talking to himself. He cried out, and ran from the bathroom to his mother, where he told her how the little boy he was playing with bit him. This is not the only report of child sized bite marks appearing on guests.

Stay tuned for the last of this haunted hotels series! 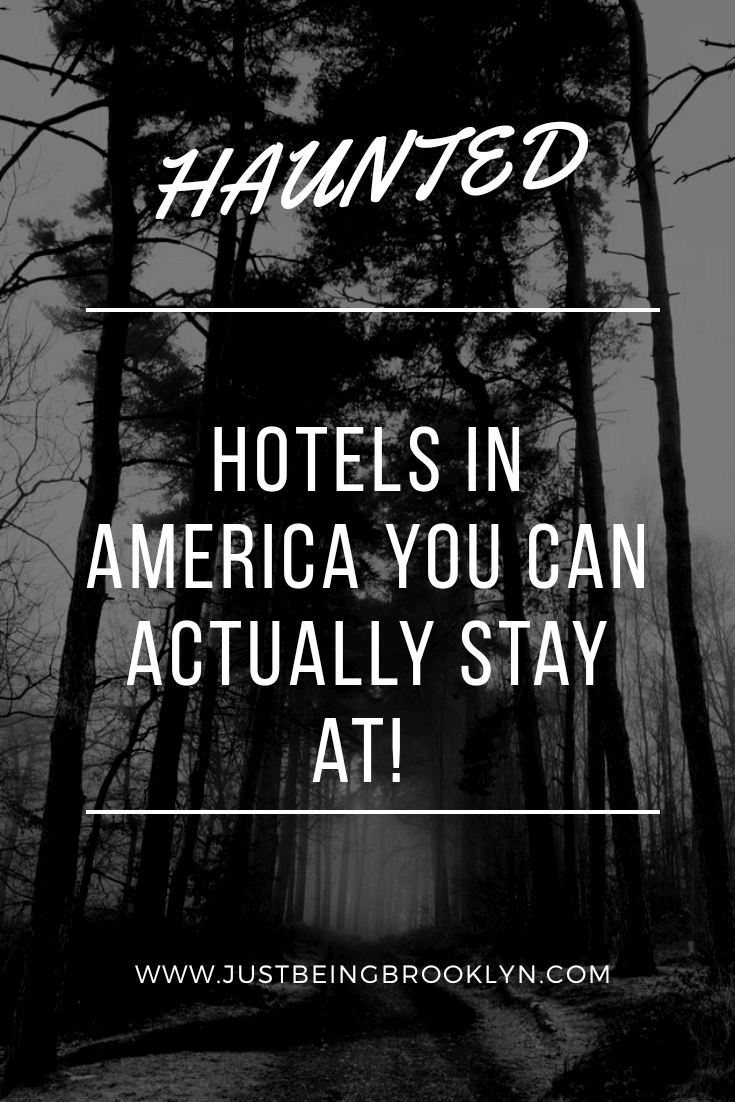