When Travel Doesn’t Go As Expected

I was so beyond excited for my trip to New Zealand. It was a country that I had dreamed of time and time again, and finally I was about to actually take the trip. After going back and forth many times as to whether or not I could actually afford this trip, I finally decided “fuck it” and booked everything.

Maybe I should have been more concerned about my expenses, but since I was going to the North Island in winter everything was much cheaper than if I were going to my original destination, the South Island. And let’s just think about it. New Zealand is one of the last true remote destinations, when on EARTH could I guarantee being in that close a vicinity again? Oh right, I couldn’t.

I had so many places that I wanted to explore, so I got help from Matt over at Planit New Zealand, a New Zealand expert, since he knew all the places I had to visit, and was able to help with booking everything and discounts. Thanks Matt!

My itinerary was as follows; Arrive in Auckland, New Zealand June 6th at night and bus to my hostel. Take a taxi the next morning to get my car rental at Jucy. Then drive to Waitomo for the glow worm caves. Spend the night. Next day drive to Rotorua for two nights. During this time I would explore Hobbiton and participate in a Maori cultural experience. Then spend two nights in Taupo for bungee jumping and hiking the Tongariro Alpine Crossing, aka MOUNT DOOM from Lord of the Rings. I know, my itinerary was the best!

My itinerary had a few slight changes though, mainly missing Hobbiton and having to switch the time I bungee jumped. Also the most heart breaking of all, my Tongariro crossing was cancelled due to bad weather and I didn’t get a full refund back. Nothing too crazy.

But there were a few instances in Auckland, the main international airport in New Zealand, that made me almost reconsider this trip. 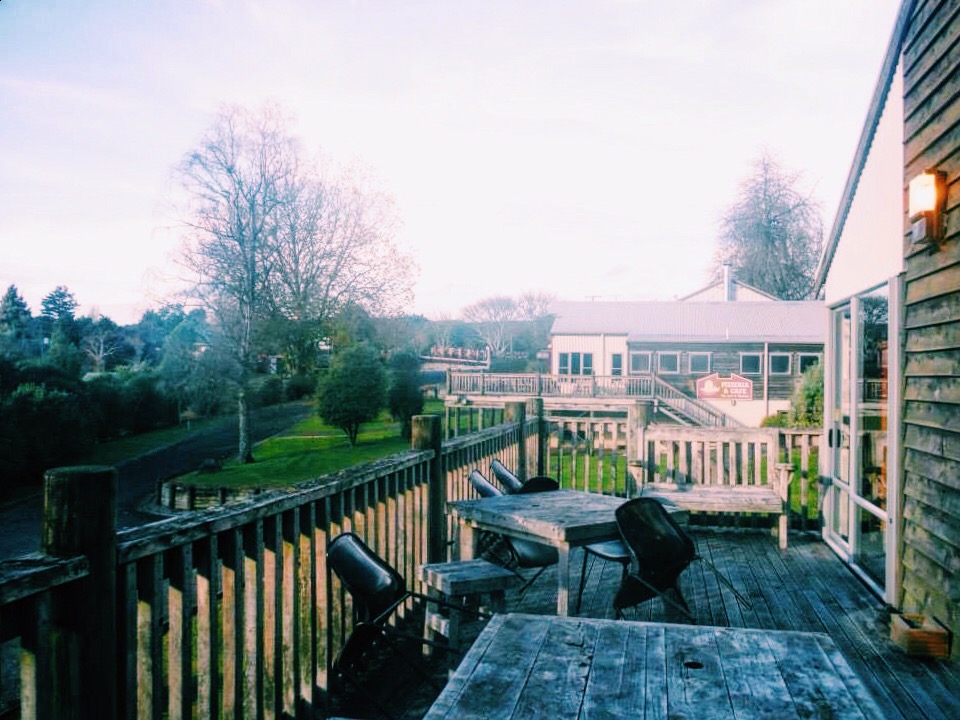 The night that I arrived, I had just left Australia after the best week of my life in Cairns. I was sad to have left, but beyond excited for the adventures that were going to be had the week coming up. Leaving Australia, the mean check in lady at the airport charged me $130 to check my bag, even though my ticket clearly stated that my checked bag was included. She told me everything was my fault and if I wanted my bag on the plane then I had to pay the money. I struggled not to cry as I gave her my food money for the coming week. If a situation like this were to happen to me now I hope I would stand up for myself better. At the time though I just did what she said because I wasn’t sure what other options I had. All I knew was I was headed to travel New Zealand and I needed that bag!

As soon as I arrived in the airport a beagle dog that was being walked around by airport security hopped up onto my bag, sniffed around, then sat down beside it whilst looking at the security man.

My heart leapt to my throat! I had no food or drugs, and wasn’t sure what else dogs could be sniffing for. As far as I knew my bag was fine.

Turns out I had an apple in my bag over a week ago that the dog could still smell. What an intense sense of smell!

I was in the clear, but a tad shaken up.

I quickly got on a bus to my hostel. The driver let me off in the middle of a hill (seriously, the hills are killer). He pointed me downhill and off I went. No lie, I spent nearly two hours wandering around asking people directions, with a huge heavy rucksack on my back, my laptop bag over my shoulder, and a backpack on my front. It was pouring rain. I was so frustrated I was crying, and nobody knew where to go. I walked all the way back up that bloody hill (death to all the hills!)  and found a bus driver having a smoke. I started wail crying to him, and he looked irritated. He left the bus, pulled me around a corner, led me down a dark alleyway, and showed me where to go.

Yeah, he could have been a bad person, but at this point I was soaking wet, cold, yet sweaty from everything I was carrying, and just needed someone to guide me.

I finally found my hostel!

The girl working the desk looked at me, and quickly upgraded me to a private room.

Unfortunately my door didn’t lock, but I was desperate for a shower, so I decided screw it.

I showered and tried to get internet. The internet cost me $10 for 10 minutes, and didn’t even end up working. I decided to go to sleep. I was woken up less than an hour later to a really bad fight between the couple in the next room. They banged so hard on the wall that my door popped open. I was terrified. I put my rucksack in front of the door so it wouldn’t pop open again and tried to get some sleep. I have no clue what they were fighting about, but he was so loud and she was crying and moaning. Not fun.

I didn’t know if I should try to intervene, and no one was at the front desk, so I just left it. I figured my intervening could just make matters worse for everyone. 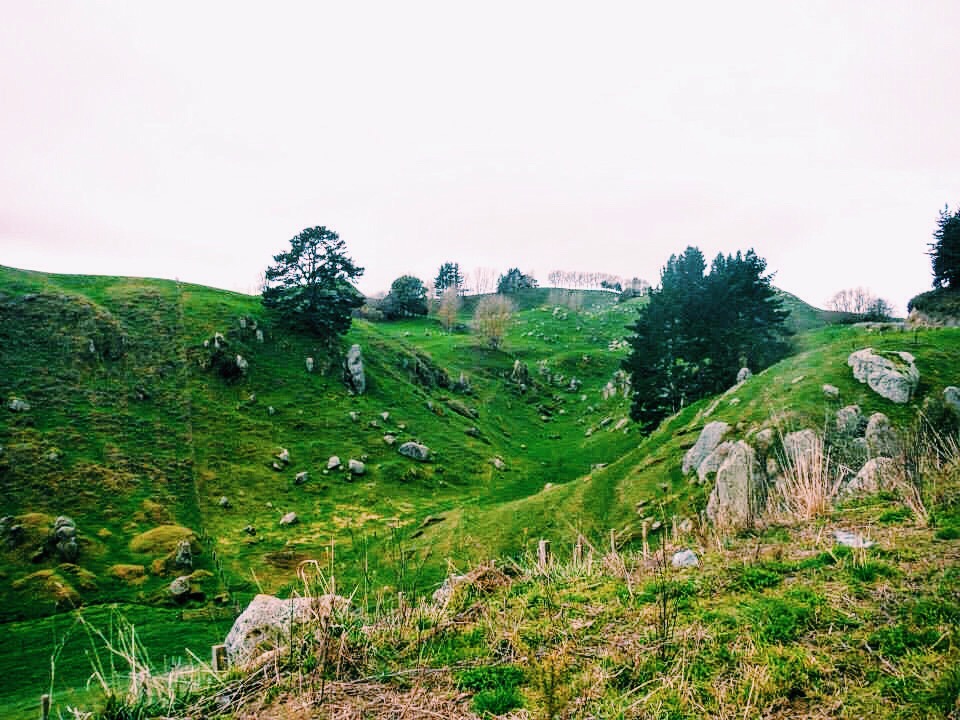 The next morning I got in a cab to go get my car rental.

Everything went quickly and smoothly, until I was told they ran out of GPS systems, so they refunded me for that.

The thing was, I was traveling around New Zealand, a country with tons of curvy roads, and lots of back roads, with no phone. Only an iPod that had no internet.

I began to panic.

But they told me not to worry! I could go to the Auckland info desk at the waterfront because they had plenty of GPS systems for rent.

They said to drive and try to find the Auckland sky tower, a really tall tower that I could see from everywhere. 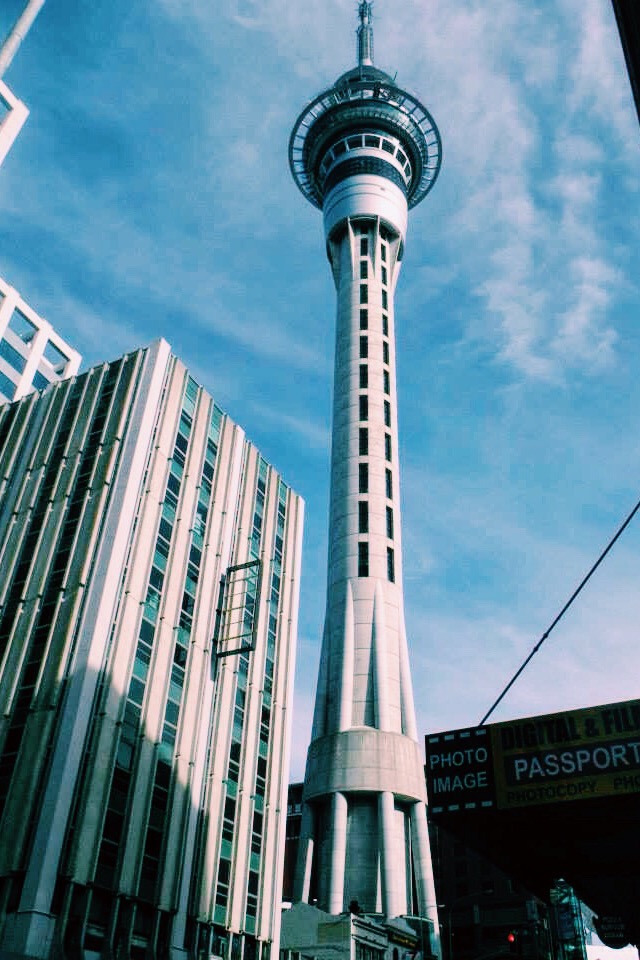 So off I went, driving around this strange city, trying to find out how to get to this tower. Turns out the tower is about a twenty minute walk from the water front. So I eventually found a parking spot near the information desk. I walk in, only to be told that no, they ran out of GPS systems, but to try going to the sky tower, and seeing if I could rent one from one of the shops there.

I wasn’t sure if where I was parked was legal, and I was hungry, so I made a quick stop at the subway beside the information center. I ate a sub beside the beautiful water front and wished I had more time to hang out in the area.

I walked as quick as I could uphill (damn hills!) to the Auckland sky tower. As I arrived someone was doing their jump. Oh yeah, you can JUMP from the tower as well! It was so cool! If I had more time than I definitely would have done a jump.

I got inside and asked at a few shops if anyone had a GPS to rent. Nope, because why would they!? 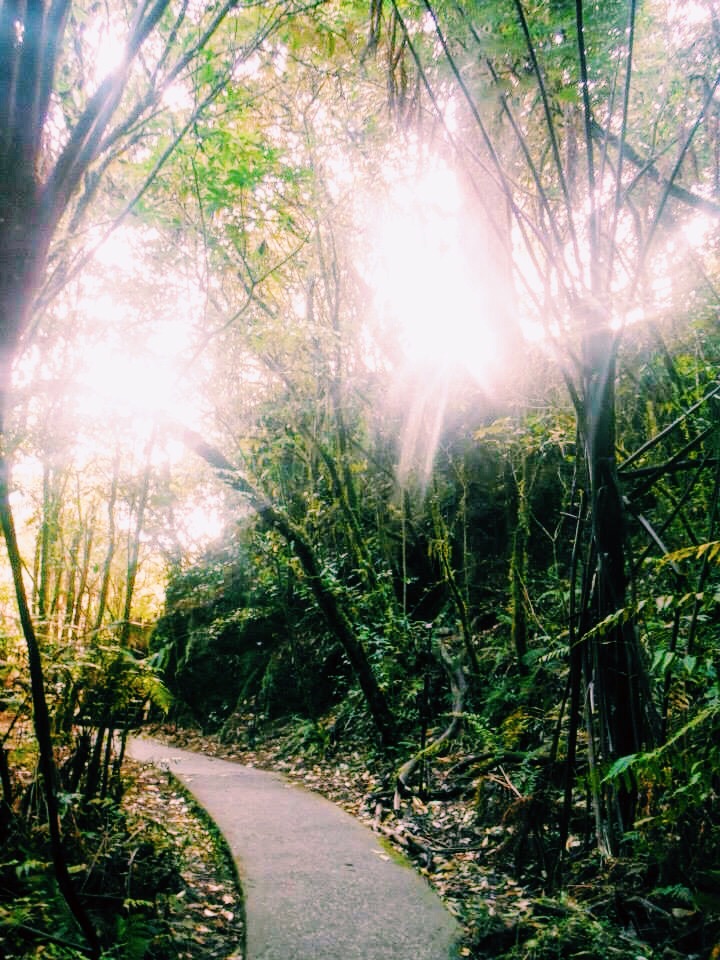 Finally I decided to go to the tourist shop to look around. I over heard someone asking about GPS systems, and being told they had two left. I nearly jumped out of my skin and shouted that I needed one!

After a weird look from both people, I finally got my GPS! It cost much more than I had originally planned, but in the end I decided oh well, I would have paid more for it anyways. I needed the thing.

So what started as me being so excited to go to a new country ended less than 12 hours later with me vowing to never return to Auckland.

Driving back into Auckland and trying to return the GPS, then driving to the airport with no GPS and trying to find out where the new Jucy store was, was awful. It was a really bad experience that I don’t wish on anyone, especially anyone with anxiety, with a fear of flying, who is about to embark on a 15 hour flight. 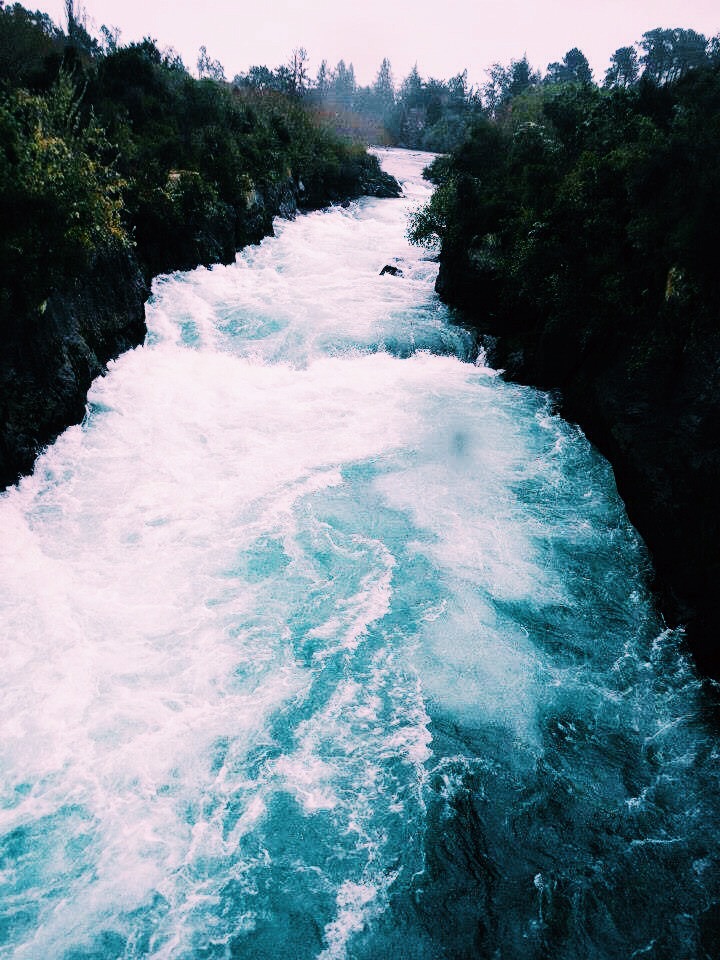 I had wanted to end my time in Auckland with a different perspective on the city. I didn’t. I still talk about how much I hate Auckland and how I never want to go back.

I know I’m not the only one who feels this way about the city.

But you know what? The more I think about it, the more I am starting to want to go back. I want to go back to try to change the rough start we had. I want to feel some connection to this city, in my favorite country, that isn’t negative. I think maybe it was somehow my fault we started off this way. I know it wasn’t though. There was nothing I could do, but maybe there is someway I can change the way I feel about Auckland now.

Sometimes travel doesn’t go as expected. It can be so disappointing. But the way I see it, travel is travel, and if I can do it then I will 🙂

Who knows if my views on Auckland will ever change, but at least it is another excuse to go back to my favorite country and travel some more!

Have you ever had a travel experience go bad? How did you handle it? 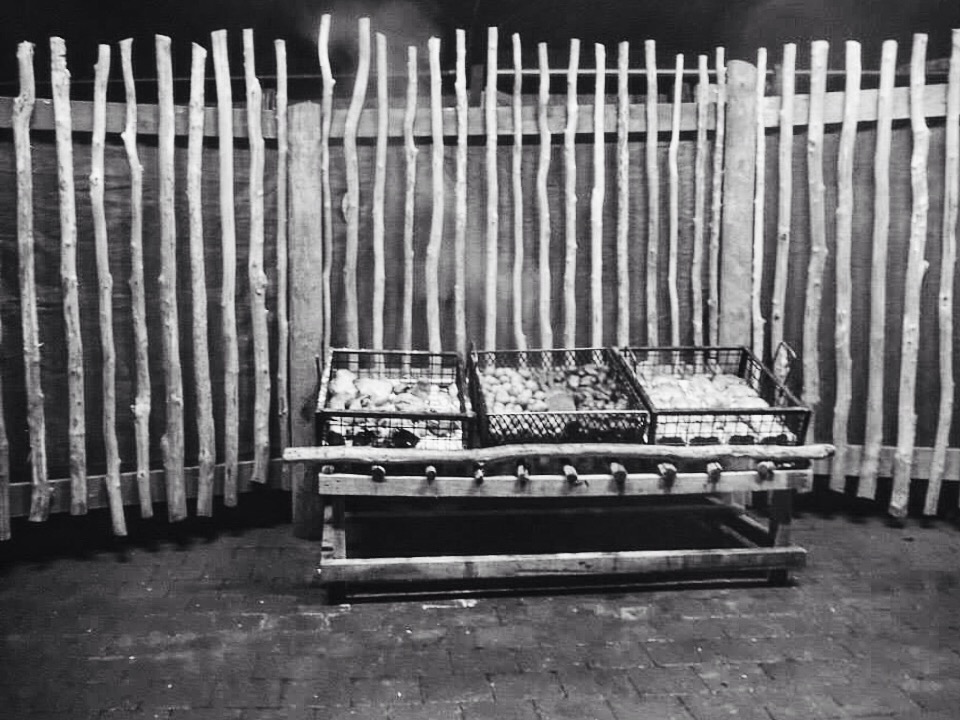 So happy to finally see the water! White Rock Pier

It's quite the wet summer for Vancouver so far BUT

Spring in the city 🌸

Nothing better than a moody sky 😍 Vancouver r